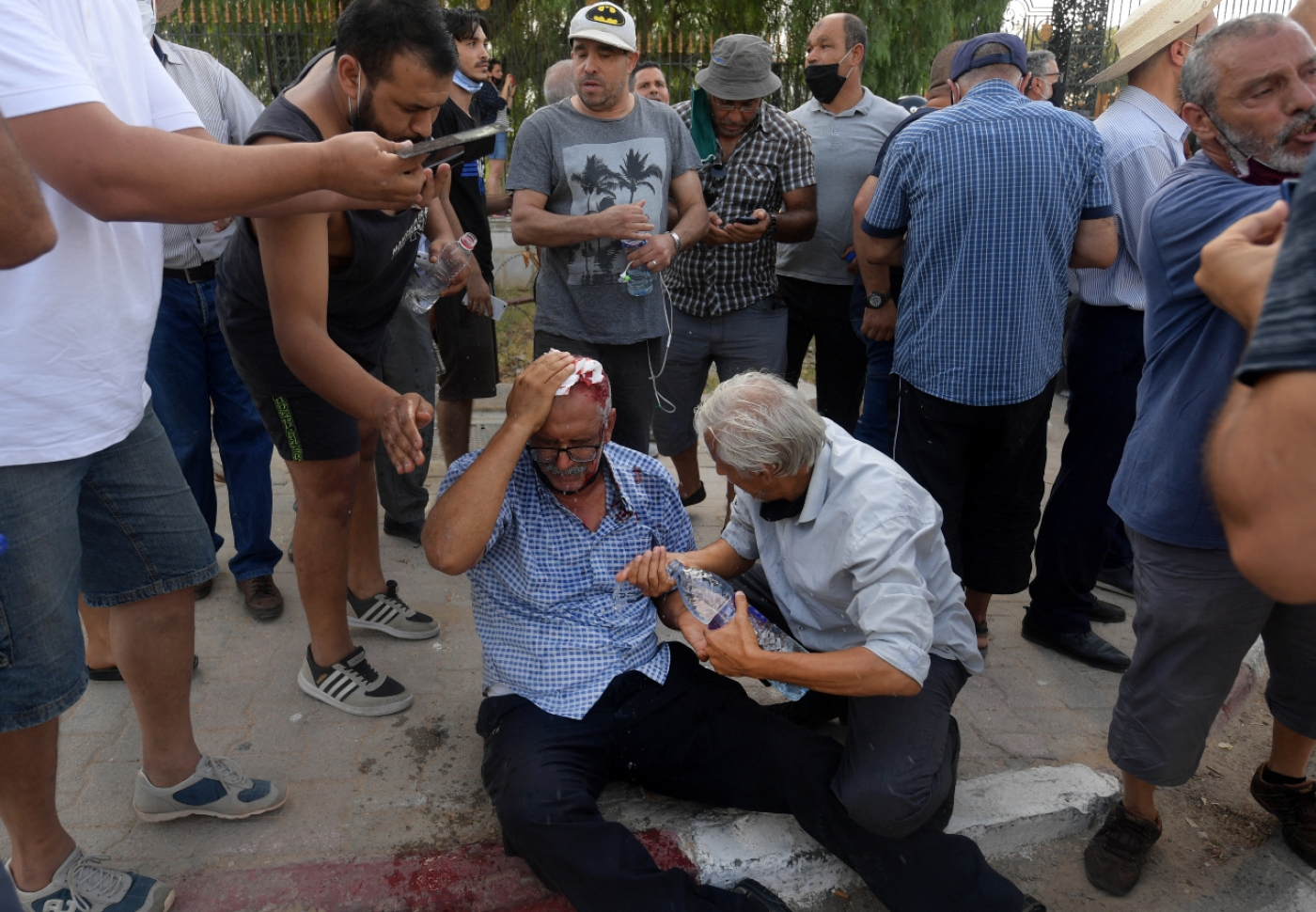 Security forces stormed the offices of Al Jazeera in Tunis and "kicked out" their journalists,  according to the news channel's bureau chief in Tunisia's capital.

The move on Monday comes as the army was also deployed to the government palace in Kasbah in Tunis, and stopped government workers from entering the building after President Kais Saied ousted the government on Sunday.

Bureau chief Lutfi Hajji described the storming of the Al Jazeera offices as "unprecedented" post the 2011 revolution, and likened it to a "[Zine El Abidine] Ben Ali" style crackdown on the press, referring to the country's former autocratic president who fled the country amid a popular revolt in 2011.

Saied announced on Sunday that he was freezing parliament, suspending the immunity of all MPs and dismissing Prime Minister Hichem Mechichi, after protests rocked several Tunisian cities.

Hajji said he did not get any prior notice about the storming of the office and that "security forces (in plain clothes) requested the journalists close all phones and computers and unplug all devices, without explaining the reason".

He added that the keys to the office were confiscated, and that security officers explained that the shutdown was an executive decision, rather than a judicial one.

The president’s actions come two months after Middle East Eye revealed a letter written by Saied’s advisers urging him to seize control of the country using Article 80 of constitution, which he now has.

"We consider the institutions to be still standing and supporters of Ennahda and the Tunisian people will defend the revolution," Ghannouchi, who heads the moderate Islamist Ennahda Party, added, raising the prospect of confrontations between supporters of his party and Saied.