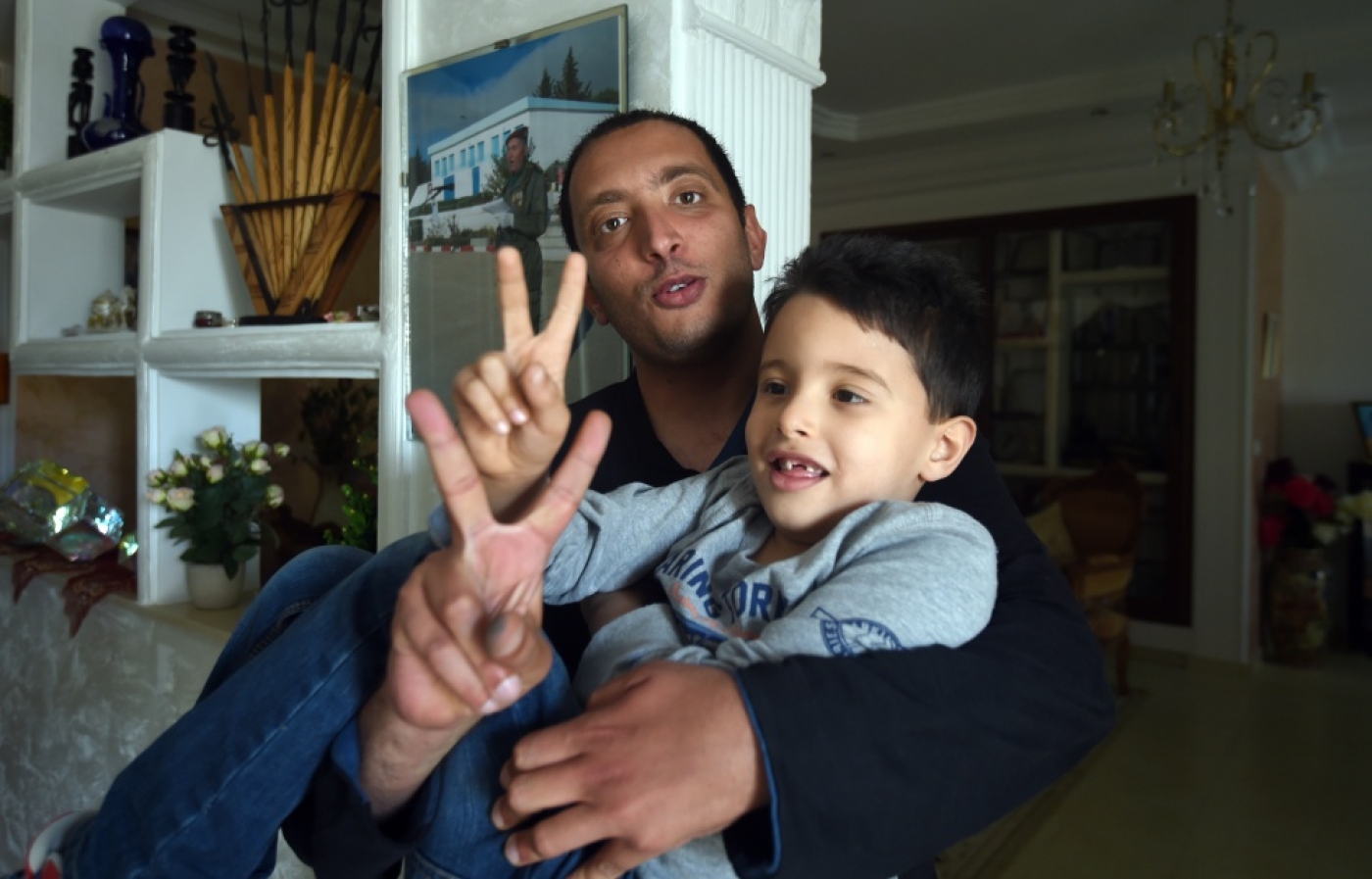 Tunisian blogger Yassine Ayari with his son Youssef at home on 17 April, 2015 in Tunis (AFP)
By
MEE and agencies

Tunisian authorities have released a blogger handed six months in prison for defaming the army, after he served more than half his sentence, his brother said Friday.

Yassine Ayari was prosecuted over blogs he wrote alleging financial abuses by army officers and defence ministry officials in a case Human Rights Watch described as "not worthy of the new Tunisia".

The military prosecution released him late on Thursday after initially rejecting a request by his family to free him.

Ayari has alleged that he was punished for blogs critical of Nidaa Tounes, the party of President Beji Caid Essebsi.

"What happened during my trial was a farce," Ayari said as he left prison, media reported.

"Everything I said on Facebook is true and I will say it again, and they can jail me again if they wish," he reportedly said.

Ayari, the son of an army colonel killed in clashes with militants in 2011, was an outspoken activist even before the revolution the same year that toppled veteran strongman Zine El Abidine Ben.

His brother Moutiaa Ayari told AFP the family had argued that Yassine had already spent three months in jail, had no prior criminal record and should be released for good behaviour.

"We entered prison as men," Ayari tweeted after his release. "We are not thieves, we are not torturers of people, nor are we fraudsters of elections," he added, in a reference to some of his previous allegations against the state.

Ayari was initially tried in absentia in November and sentenced to three years in prison.

In December, he was arrested on his return from Paris and a retrial was ordered.

He was sentenced the following month to one year in jail but a military appeals court later reduced the sentence to six months.