Saied's office, in a statement on Sunday, said that it had "instructed the foreign ministry to proceed with an in-depth financial and administrative check" at both consulates.

Paris consul general Taher Arbaoui will be replaced with Ridha Gharsallaoui, who is close to the head of state and had been serving as interior minister. A former national security adviser to the presidency, Gharsallaoui was named minister on 29 July, taking over from former premier Hichem Mechichi, who held the portfolio.

Saied, who was elected in late 2019, sacked the government, suspended parliament and assumed exceptional powers on 25 July, citing an "imminent threat" to the country amid a socio-economic crisis aggravated by the Covid-19 pandemic.

The presidency has said that 10 ambassadors, including to Berlin, Ankara, Beijing and Doha, and six consuls are completing their missions, a move formalising the end of their terms in August.

Protesters rallied in Tunisia's capital either in support of or opposition to actions made by the president for weeks following the takeover, which critics have labelled a "coup". Several members of the democratic Islamist Ennahdha party, a key force in the now dissolved parliament, have been at the forefront of the movement against the coup.

Some of Saied’s opponents have accused him of seeking a new dictatorship, a decade after Tunisia’s 2011 revolt that overthrew dictator Zine El Abidine Ben Ali.

But the president's supporters say his moves were needed after years of deadlock among political parties seen as corrupt and self-serving. 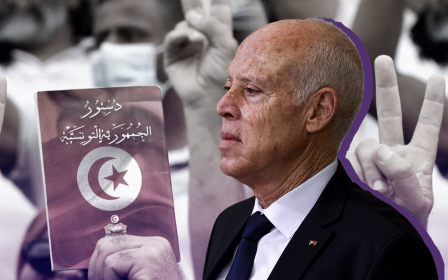