Tunisia: Police crack down on protests against president 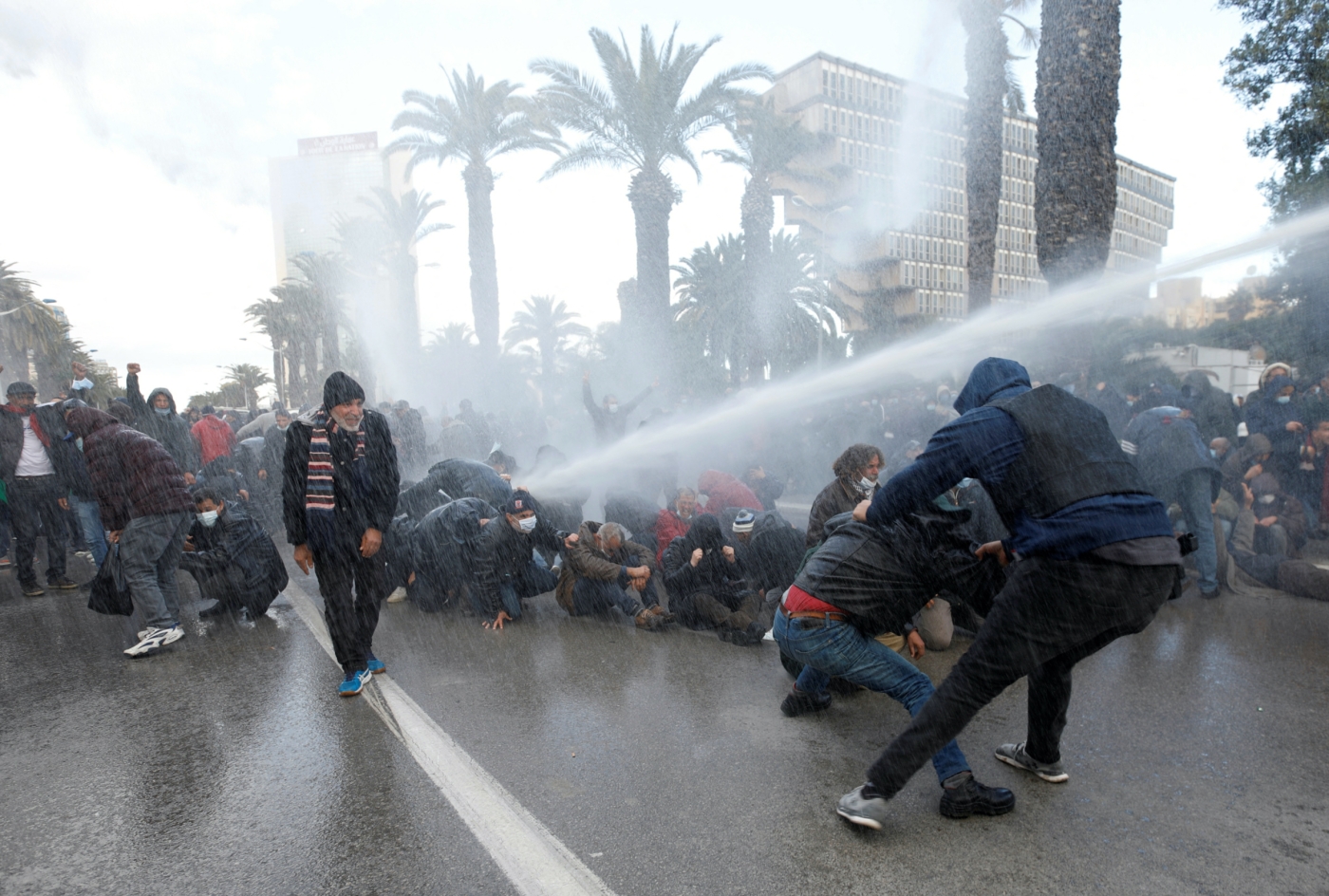 Tunisian police used teargas and water cannons against hundreds of demonstrators who defied a ban on gatherings to protest against President Kais Saied's power grab last July, on the 11th anniversary of the revolution in Tunisia.

Earlier this week the government announced a series of measures, including a night-time curfew and a ban on all indoor and outdoor gatherings, purportedly to limit a rise in Covid-19 cases.

"Preventing free Tunisians from protesting on the revolution anniversary is shameful... and is an attack on freedoms and represents a big decline under the coup authorities," said Imed Khemiri, an Ennahda member of the parliament that Saied suspended in July 2021.

Dozens of police cars were deployed around Avenue Habib Bourguiba and police used water cannons outside the interior ministry building to prevent the protesters from reaching the area, which has been the focal point of demonstrations since the 2011 revolution.

Ghaya Ben Mbarek, a journalist from the independent Tunisian news organisation Meshkal, reported on Twitter that officers were "pushing" and "dragging" people off the street. Some 300 protesters gathered on Avenue Mohamed V, with some breaking through a police cordon before being forced back by officers with batons. Several people were arrested, according to AFP reporters.

Another angle of police using water canons, last year in January Mechichi brought out these trucks but they were never used, this year orders were clearly given to use them to prevent protests on January 14. pic.twitter.com/s5T2SUVXZF

"Today Saied's only response to opponents is with force and the security forces... it is so sad to see Tunisia like a barracks on the date of our revolution," Chayma Issa, an opposition activist, told Reuters.

The 10pm-5am curfew is set to remain in place for at least two weeks. Ennahda, which had the largest number of seats in the suspended parliament and was a central player in previous governments, said the restriction measures were politically motivated and a way to prevent protests.

Several Tunisian parties also rallied to protest against Saied's power move last July, when he suspended parliament and gave himself wide prosecutorial powers, plunging the country into political turmoil. Saied has cited skyrocketing unemployment, rampant corruption and the coronavirus pandemic as reasons behind his move, which Ennahda and other political forces have labelled a coup.

Saied extended the suspension of parliament last month, announcing that a referendum on constitutional reform would be held in July 2022, followed by parliamentary elections in December. The move has been rejected by the majority of political forces, including the country's largest workers' union, the UGTT.

Bhiri, 63, has been on hunger strike since his arrest and is currently in custody at a hospital, in circumstances described by Human Rights Watch as "abduction-like detention". 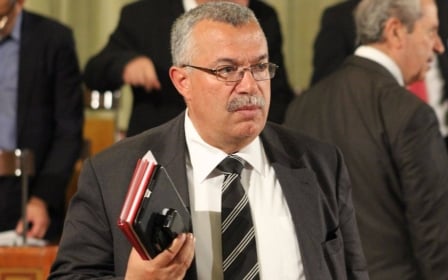 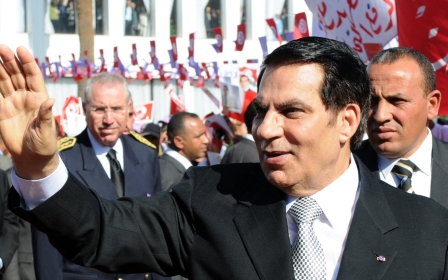 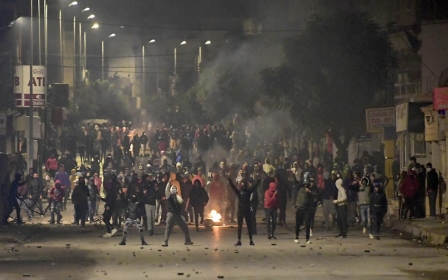 Tunisia Politics
Tunisia: This wave of violence is a political uprising
Thierry Brésillon