US Democrats raise concerns with Biden over Tunisia's democratic backslide A woman holds a copy of the Tunisian constitution during a demonstration in the capital Tunis against President Kais Saied's recent decrees, on 13 February 2022 (AFP)
By
MEE staff

A group of US Democrat Congress members is calling on the Biden administration to consider Tunisia's "democratic backsliding" when reviewing US assistance to the North African country for the coming fiscal year.

In a letter sent to US Secretary of State Antony Blinken on 25 March, the 23 Democratic members of Congress said the State Department should prioritise programmes that support the restoration of democratic governance, due process, and the rule of law in the country.

The letter also called for assistance to the country's internal security force to be "carefully reviewed", given its role in the repression of Tunisian citizens. 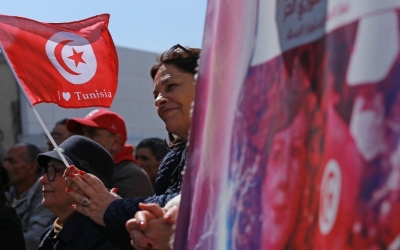 Since 2011, Tunisia has received nearly $685m in assistance from Washington through the United States Agency for International Development (USAID).

"The president's public statements rejecting the principle of a directly elected national legislature and characterizing critics as traitors are deeply concerning and raises serious doubts about his commitment to democratic checks and balances in any new Tunisian political system to emerge from this process," the lawmakers said.

"The power of Tunisia's positive example of peaceful democratic pluralism must not be a casualty of the real frustrations many Tunisians express over ongoing economic stagnation, high-level corruption and abuse of office, and police brutality."

The effort was led by Congressman Gregory Meeks, who chairs the House Foreign Affairs Committee, and Congressman Ted Deutch, chair of the Middle East, North Africa, and Global Counterterrorism Subcommittee.

The letter comes amid a series of moves taken by President Kais Saied that have caused concern in Washington, including the dissolution of the Supreme Judicial Council and a draft law that could end the foreign funding of civil society groups.

US stresses importance of inclusive reform

Last month, Saied cemented his grip on power by dissolving the Supreme Judicial Council - the body that deals with judicial independence - and granted himself control over the selection and promotion of judges.

The move came months after he suspended parliament and assumed executive powers, in a move seen by critics as a coup.

In addition to freezing parliament, he also shut down the country's independent National Anti-Corruption Authority and sidelined the Independent High Authority for Elections.

Tunis and the IMF are currently in preliminary talks, with an eye on a potential multibillion-dollar rescue deal for an economy that has been battered by the Covid-19 pandemic. For months, the Biden administration's response to Tunisia's democratic backsliding has been filled with ambiguity, with the White House urging Saied to restore the country's parliamentary democracy but stopping short of calling the power grab a coup.

In December, when Saied announced a political "roadmap", the State Department issued a statement welcoming the news and saying it remained "committed to the US-Tunisia partnership".

During her meetings, she voiced US concerns for Tunisia's democratic trajectory and "the importance of an inclusive political and economic reform process that gives civil society a strong voice".

But the undersecretary was also "heartened by government assurances of inclusivity during implementation" of Saied's political roadmap. 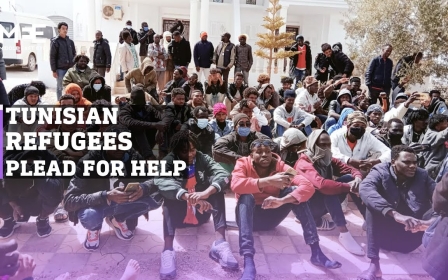 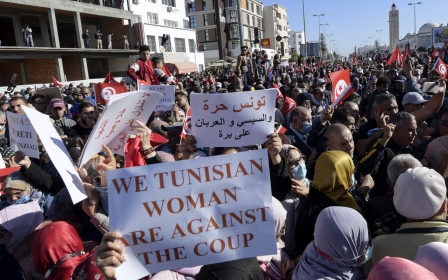