Her daughter Rahma went from being heavy metal fan to a niqab-wearing fighter for IS, marrying the mastermind of the Sousse attack 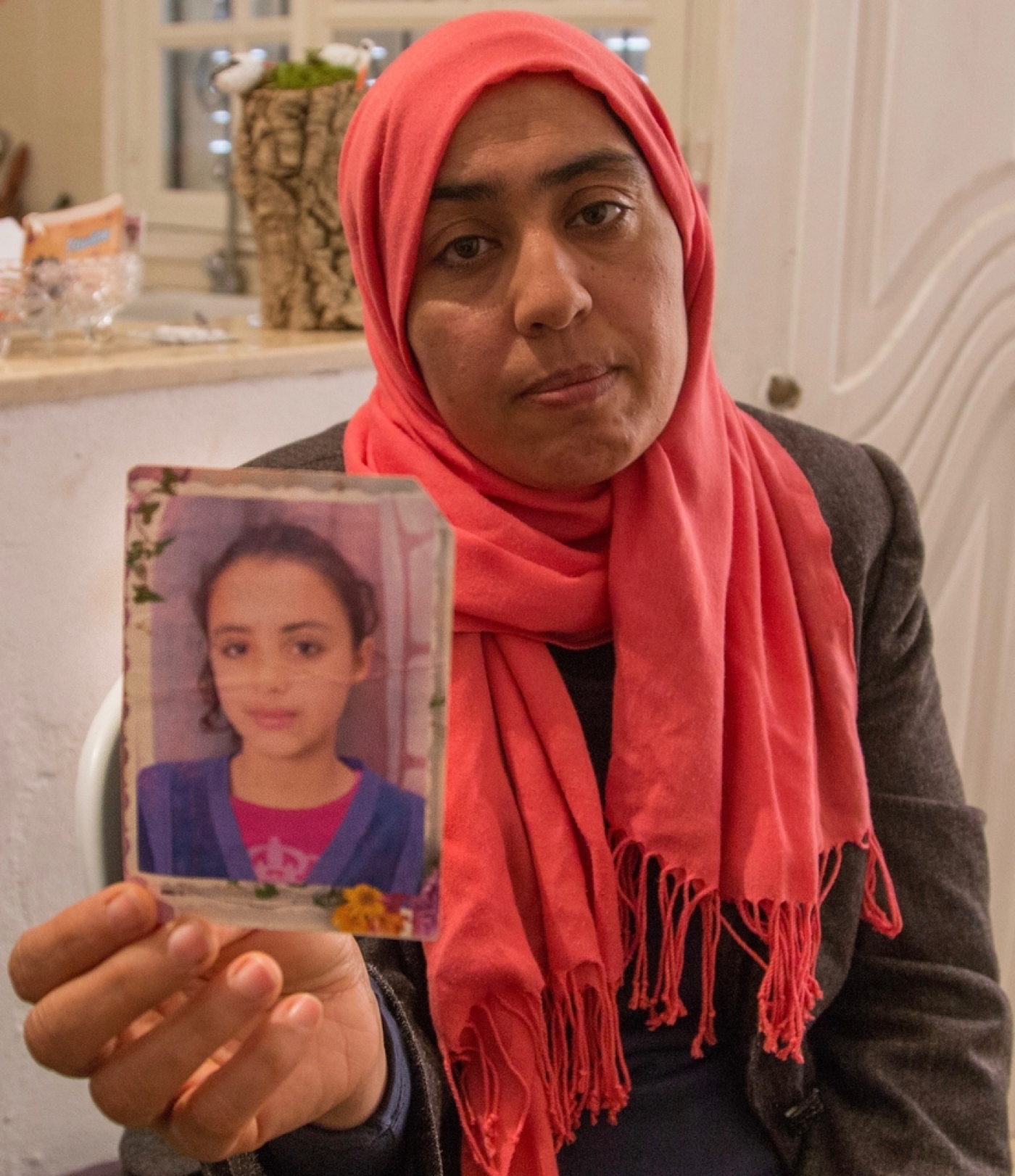 The text read: “Mum, it’s Rahma. I am in Sabratha. The situation is dangerous and I may die. Pray for me to be a martyr.”

Rahma Chikhaoui, a Tunisian girl of 17, messaged her mother on 26 February to warn that her time as a militant fighter in Libya might be up.

The aerial bombardment of the Islamic State (IS) group base in the city of Sabratha had been going on for a week. Rahma was frightened, conscious of her proximity to the main target of the strikes, her new husband Noureddine Chouchane.

Chouchane, the 36-year-old Tunisian chief of Ansar al-Sharia in Sabratha, was suspected of being among the master planners of an attack on Sousse, Tunisia, that killed 38 people. He had recently pledged allegiance to IS.

When Rahma’s mother, Olfa Hamrouni, received the text, she called her daughter immediately. “She was crying so desperately. After her husband was killed, she threw away her niqab and thought of coming back to Tunisia, but she knew she would have gone to jail,” Hamrouni told Middle East Eye.

Rahma had already called her sister Ghofrane for help. Ghofrane was also married to a militant fighter in Sirte and when she heard that her sister wanted to return home, she refused to help her.

Rahma realised she was alone and out of options.

That was the last time Hamrouni heard from her daughter. “If there had been a reintegration programme, maybe she would have come back,” her mother said.

Since 2011, about 6,500 Tunisians have joined militant groups in Syria, Iraq and Libya, according to the Soufan Group. That makes Tunisia the largest contributor of foreign fighters to these conflicts. Saudi Arabia comes in second with about 2,500 of its nationals now involved in the fighting.

Rahma escaped her hometown of Sousse last May, reaching her elder sister Ghofrane in an IS training camp near the town of Sirte, Libya.

Since then, Hamrouni has appeared on numerous Tunisian talk shows to denounce the Tunisian authorities: “I told them my daughter was about to leave for Libya and I asked them for some help, but no one stopped her,” Hamrouni said.

She was the first mother to go public about the apathy of the Tunisian authorities towards people like her daughters. Her choice was exceptional for Tunisian society.

“The issue of foreign fighters is taboo. Everyone knows it is happening but no one talks about it. Fighters’ families are afraid of the authorities,” said Mohamed Ikbal Ben Rejeb, founder of the Rescue Association for Tunisians Trapped Abroad, which deals with families whose children have left Tunisia to fight as militants.

“Women jihadis are especially sensitive as their choice involves a moral and a sexual component. A woman leaving to fight is thus considered far more shameful for her family,” Ben Rejeb said, “That is why we hear so few stories about jihadi women in Tunisia.”

“Ghofrane was the first to be involved with Islamic radicalism,” her mother told MEE.

The eldest of four daughters, Ghofrane was not religious as a teenager. At school she was especially shy, faking her last name to avoid the shame of her schoolmates knowing she was fatherless. Her mother was the only breadwinner of the family after she divorced her alcoholic, abusive husband.

Rahma, on the other hand, used to react so violently towards the students who insulted her and her sister that she was eventually expelled from her secondary school.

One day in mid-2012, a marquee appeared near their house. It was a big dawah tent that travelled all over the country. From inside the tent, Salafi preachers invited local residents to attend their sermons. Ghofrane was 14, while Rahma was 13.

The tent contained a female section where girls and women could talk to some “wise women” and change their dresses to try on niqabs.

Dawah corners in the streets became common in the aftermath of the 2011 Tunisian uprising. “There were megaphones and many people used to go and visit. The religious speeches were very attractive at that time,” Hamrouni said.

Curious about all the coming and going, Ghofrane entered the tent on its first night. She left wearing a niqab, a choice she stuck to despite her sister’s giggles.

The following days some of the wise women began visiting Hamrouni’s house. Their aim was to talk to Ghofrane and teach her how to pray, behave, talk and dress according to their interpretation of Salafism.

Hamrouni welcomed these visits, encouraging Ghofrane to follow their advice: “I thought they were a gift to us, that we could walk with them on God’s path and that we could finally be saved,” she said.

But Rahma disagreed. At that time she still identified as a hardous, a fan of hard rock and metal with revolutionary tendencies. She wore studs and mischievously turned up her music during the wise women’s visits.

“Rahma was a rebel,” Hamrouni said. One day, a preacher working in the nearby mosque stopped her in the street and criticised her intensely for her appearance.

Immediately after this encounter, Rahma suffered a nervous breakdown. She returned home and destroyed all her posters, photos and metal band T-shirts. Meanwhile, she was crying and shouting: “Everything I have done is haram! I don’t want to be like that anymore!”

Rahma’s transformation had begun; she wore the niqab and joined Ghofrane in her new world.

According to Neffati Arbi, a psychologist working on a governmental de-radicalisation programme, recruitment is most likely to occur during teenage years.

“Young people do not join jihadi groups just to earn money, often they want the opportunity to start a new life in a new context that better fits them and the new identity they wish to re-create for themselves,” Arbi said.

Within a month both Ghofrane and Rahma had become leaders. During the day, they worked as guides for visitors to the dawah tent, while also assisting in a niqab shop belonging to the imam of the Hideya mosque. At night, they met with their new “brothers and sisters” to discuss religion.

“They soon began putting pressure on their two younger sisters and even me. I was upset…” their mother said. “Everything I did was too haram for them, even my dress code.”

Aya, the nine-year-old sister, soon stopped going to school, while four-year-old Teissir became a willing orator for the cause, broadcasting a speech on a Salafi TV channel.

“I completely lost control of my daughters,” Hamrouni said. In 2014, she decided to take her two eldest daughters with her to Libya, where she had found a job as a cleaner and housekeeper.

In November 2014, Ghofrane managed to escape from the house to the militant training camp in Sirte. From that moment, she never contacted her mother again, but she would often talk to her three sisters online.

Since she had no way of making her daughter return, Hamrouni went back to Tunisia to alert the authorities to Ghofrane’s activities. She also handed over Rahma to the police, saying: “She has the same ideology as her sister, you have to keep her in jail so she cannot leave.”

Rahma’s release was secured by a lawyer, Imene Triki. Triki is a prominent figure in Tunisia, often defending her clients against charges of terrorism.

“There are hundreds of people accused of terrorism in Tunisian jails,” Triki told MEE. According to Triki, the prison experience itself often serves to radicalise the defendants.

Between November 2014 and May 2015, Rahma was returned to jail on a number of occasions. She was soon engaged to Hashraf, a man from Sousse, with whom she tried to cross the Libyan border using a people smuggler.

Hashraf was eventually arrested, but Rahma managed to make the crossing and join Ghofrane in the IS training camp. It was there that she met members of Ansar al-Sharia, including her future husband.

Ghofrane had married Abdel Monam Amemi, a 37-year-old Tunisian militant from Sidi Bouzid. Ghofrane told her sister that she did not like military training. As soon as she became pregnant, she moved to live in a nearby village.

Rahma, however, loved the training. She excelled as a fighter, soon becoming a leader of her battalion, where she assisted in the training of new female recruits.

“During her phone calls, she would threaten to come and kidnap her two younger sisters,” Hamrouni said.

The police listened to these phone conversations upon Hamrouni’s request, hoping this would encourage them to assist in bringing her daughters home.

Rahma’s tone became hostile and boastful when she became aware that the police were listening in: “I’ll come back to Tunisia and colonise it. We’re planning some attacks. You’ll see mum. You’ll all see.”

It was not until after an attack on the Tunisian city of Ben Guerdane in March that the authorities got serious about the girls’ activities. A number of national newspapers had alleged that both of Hamrouni’s daughters were involved in the attack.

At that time, Hamrouni was asked to present herself to the Ministry of Interior to provide a DNA sample to help future efforts to track or identify her daughters.

Hamrouni refused. “Once my daughters are safe and in the hands of the Tunisian police, then I can give my DNA,” she said. “However, I am sure they weren’t in Ben Guerdane.”

Hamrouni’s younger daughters Aya and Teissir stare at her silently. Both are clearly traumatised. Aya has attempted suicide. She shows annoyance when her mother speaks of her elder sisters as criminals.

“They grew up with jihadi ideas; they’ve been brainwashed by their sisters,” said Hamrouni, staring at them like strangers from the kitchen of her new home. She has moved to protect her daughters and to hide from her acquaintances’ judgement of her family.

“If I can’t have my Rahma and Ghofrane back, I hope at least to save my younger daughters.“ 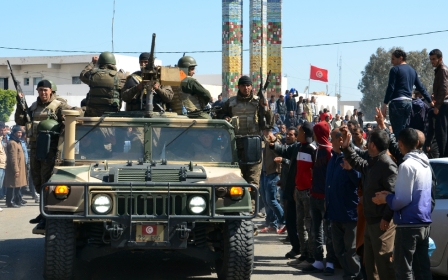 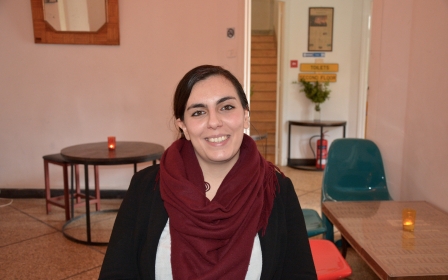