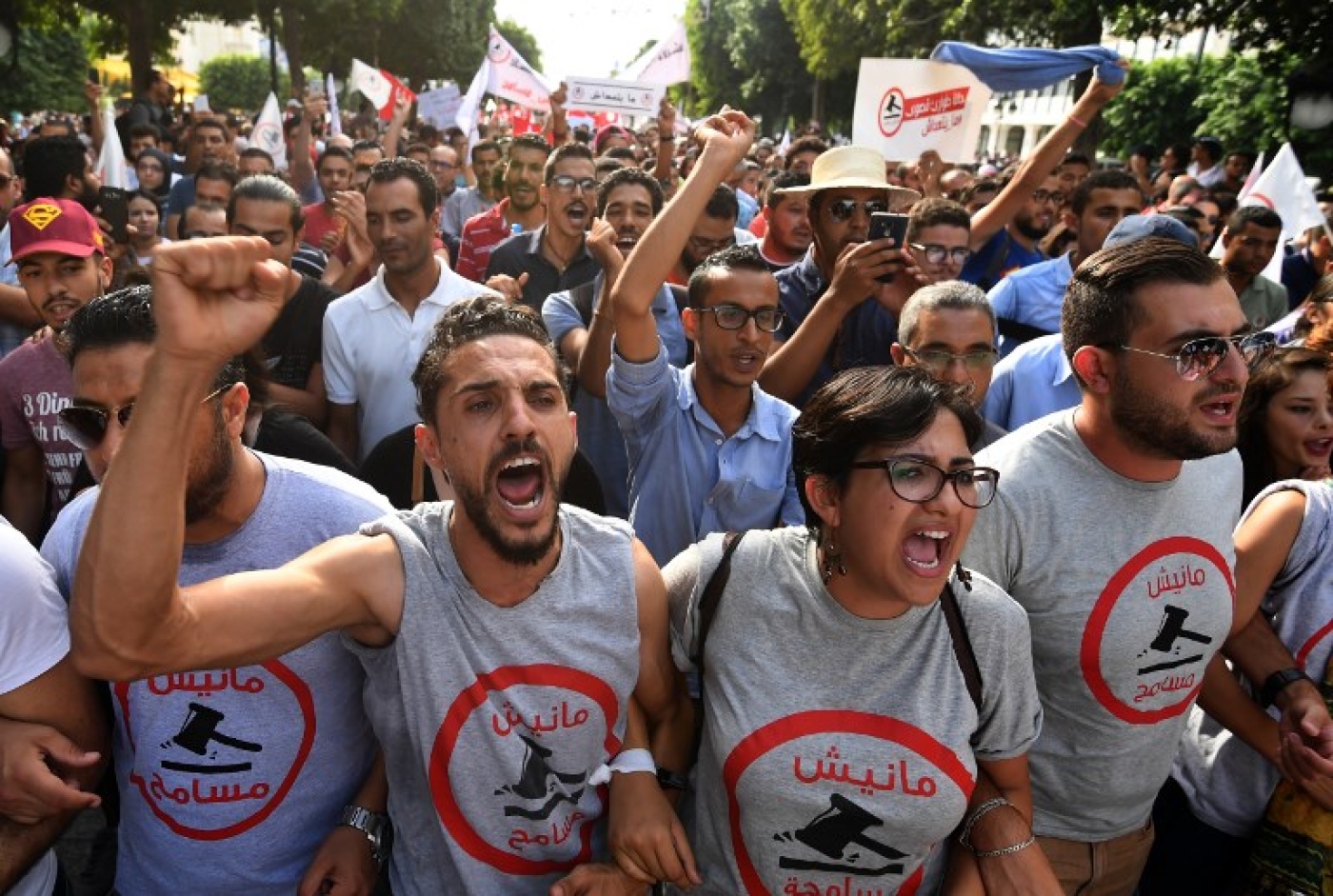 People demonstrated in the centre of Tunis on Saturday to protest against the controversial passage this week of a law that grants amnesty to corrupt public servants who worked under former president Zine el Abidine Ben Ali.

The forefront of the march, which attracted about two thousand people on the city’s main boulevard, had the air of a football match, with political songs sung to the beat of a drum and flares shooting red flames into an overcast sky.

The crowd was not limited to young men. Further back, a well-dressed woman led her young son, waving a Tunisian flag with her free hand, and people of all ages and from both genders joined in the chanting.

The diversity of the crowd showed that the passing of the "administrative reconciliation" law has become a national issue, said Chaima Bouhlel, an activist. "I'm listening to the conversations around me, and people are discussing the supreme judicial council's decisions, and that's amazing," she told Middle East Eye.

"Discussions that used to seem elitist have reached the streets. People are talking about institutions, and that's the first step towards accountability."

Initially intended to encompass businessmen as well as public servants, a weakened version of the law was passed amid rancour on Wednesday as opposition MPs banged their desks and sang the national anthem. Many boycotted the vote in protest against what they said was the unconstitutional way in which the law had been brought before parliament.

Popular Front, one of the country's opposition parties, said in a statement on Friday that the passage of the law was a constitutional coup d’etat. "[We] consider what has happened as a betrayal of the values ​​and principles of the Tunisian revolution and the martyrs of the nation," the statement said.

Ben Ali was overthrown in a revolution in 2011, and protesters in Tunis said that it was to honour the legacy of the revolution that they had taken to the streets.

The law's passage has widely been seen as a threat to the gains of the revolution. President Beji Caid Essebsi, who was in government under Ben Ali, is viewed by the opposition as rehabilitating many Ben Ali figures and practices.

"We are worried that by this law passing. It sets a precedent for further moves," said Bouhlel. "It is also concerning because it is the only legislative initiative from the president, and the push to pass it was so aggressive. And the scope is tiny – perhaps it will affect 2,000 - when there's a nation of 12 million that needs so much attention."

The demonstration was organised by the Manich Msamah movement, whose name means "We will not forgive".  The activist movement was formed in the wake of  proposing the amnesty law in 2015. It is not aligned with any political party, and that makes it unique, according to Huda Mzioudet, a Carnegie expert on Tunisia who was observing the protest.

There's a focus on keeping the movement unlinked to political parties, she told Middle East Eye, noting that while opposition parties had helped to organise the march and politicians were present, the only banners at the march were from Manich Msamah.

"This is the second-biggest protest we've seen this year, after May's demonstration on the same issue," she said, though attendance was somewhat less than some people expected. "Manich Msamah were mobilising people on Facebook, but perhaps there was some fatigue amongst people who thought that it was too late to do anything, now that the law has passed."

Although parliament approved the law, it will be required to pass the scrutiny of a committee that checks the constitutionality of laws after opposition parties collected enough signatures from members of parliament to force the review. Manich Msamah and the opposition parties have vowed to continue to fight the law at this final hurdle.

"There is a chance that the law might be repealed, or it might be revised. The only chance for that to happen, however, is if pressure is kept up," said Mzidouet.

Activist Bouhlel said that the 15 days the commission has to review the law will be a focus of intense activity.

The march, which was blocked from reaching a statue of the country's first president, Habib Bourguiba, by a line of police in black, will not be the last, according to Nada Triugi, a spokesperson for Manich Msamah.

"We will still be putting pressure on the authorities so that the law will not pass," she said. "We trust the commission will make the right decision because it is clear that the law is against the basic concepts of the constitution." 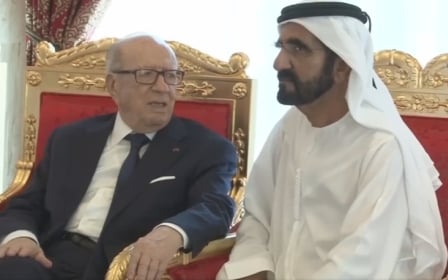 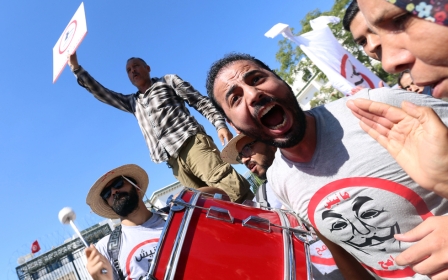