Tunisian President Kais Saied on Monday extended the suspension of the country's parliament, announcing that a referendum on constitutional reform will be held in July 2022, followed by parliamentary elections in December.

In a speech on national television, Saied announced a "popular consultation" with the Tunisian people and said that "other draft constitutional and other changes will be put forward to referendum on July 25", a year after he sacked the government and seized an array of powers.

Following the referendum, new parliamentary elections would be held on 17 December 2022.

Changes to the constitution would follow a public online consultation starting in January, he said, adding that parliament would remain suspended until a new one was elected.

Earlier on Monday, Saied said that "a series of measures will be announced in the coming hours today or tomorrow, for recourse to the sovereignty of the people".

After a string of similar hints in recent days, he said that constitutions are "not eternal".

"The people exercises its sovereignty in the framework of the constitution," the Tunisian leader said.

"So if it’s not possible for the sovereign people to practise its rights in the framework of a text, then there needs to be a new text."

Saied, who was elected in late 2019, sacked the government, suspended parliament and assumed exceptional powers on 25 July, citing an "imminent threat" to the country amid a socio-economic crisis aggravated by the Covid-19 pandemic.

Some of Saied’s opponents have accused him of seeking a new dictatorship, a decade after Tunisia’s 2011 revolt that overthrew dictator Zine El Abidine Ben Ali, while his supporters say his moves were needed after years of deadlock among political parties seen as corrupt and self-serving.

Ghazi al-Shawashi, the secretary general of the Democratic Current Party, said last Thursday that Saied was "no longer capable of saving the country" and the country was in a state of "complete crisis and isolation as a result of" his policies. 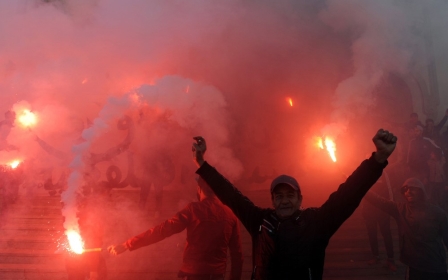 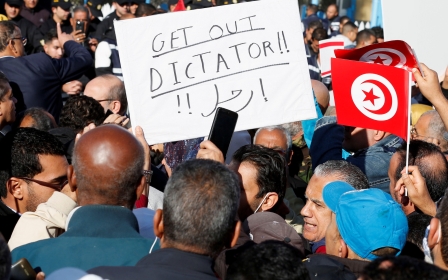