Turkey arrests scores of alleged IS members after Istanbul blast A municipal worker walks in the largely deserted Istanbul tourist hub of Sultanahmet after the deadly suicide bombing on 12 January, 2016 (AFP)
By
MEE and agencies

Turkey arrested 68 suspected members of the Islamic State (IS) group in nationwide raids as well as one person in direct connection with a suicide bombing that killed at least 10 people in Istanbul, state media said on Wednesday.

The crackdown comes after a suicide bomber killed at least 10 tourists and injured 15 others in an attack in Turkey's largest city that was widely blamed on the Islamic State (IS) group.

Authorities are saying that they believed the 28-year-old suicide bomber crossed recently from Syria before registering as a refugee.

The German foreign ministry confirmed on Wednesday that 10 Germans had been killed, with seven other receiving hospital treatment including five in intensive care.

"I must relay the sad news that we now have 10 dead Germans among the victims," foreign ministry spokesperson Sawsan Chebli told reporters.

Germany warned its nationals to keep away from public places and tourist attractions following the bombing, which targeted the historic Sultanahmet area that is home to many of Istanbul's most iconic buildings, including the Blue Mosque.

It is the first time that any recent attack in Turkey has specifically targeted tourists.

At a press conference on Wednesday, Efkan Ala, Turkey's interior minister, said that one person had been arrested in direct connection with Tuesday's bombing, which he said was believed to have been carried out by an IS-linked 28-year-old Syrian identified as Nabil Fadli.

"The investigation is continuing in a very intensive way," Ala told a news conference also attended by Thomas de Maiziere, the German interior minister.

De Maiziere said there was no indication that Germans had been specifically targeted, and said he saw "no reason" for Germans to refrain from trips to Turkey.

Wednesday's raids focused on the capital Ankara and Sanliurf, a town 40km from the Syrian border. The authorities said that alleged IS supporters in the two towns were planning to carry out further attacks.

Three Russians, who were also suspected of belonging to IS, were also arrested in the southern resort city of Antalya.

The International Centre For The Study Of Radicalisation And Political Violence estimates that 2,700 Russians are now fighting for groups including the Nusra Front and IS in Syria and Iraq.

Turkey has previously been accused of turning a blind eye to the activities of IS. While it has always firmly denied the allegations, it has seemingly stepped up operations targeting the group since last year.

“Is there any other country that struggles against the terrorist organisation named Daesh [IS] in a more determined way than we do and which has paid a higher price [for this]?” President Recep Tayyip Erdogan said following the Tuesday attacks.

“This incident has showed once again that we have to stand in full unity against terror. Turkey’s resolute and principled position will continue,” he added.

No one has taken responsibility for Tuesday’s attack but the Turkish authorities have blamed two previous large-scale attacks on IS.

The group is believed to have carried out an October 2014 bombing in Ankara that killed more than 100 people, and a bombing in the border town of Suruc that killed 33 mainly left-wing activists, and injured at least 100 others. 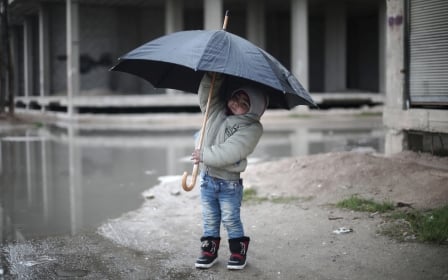