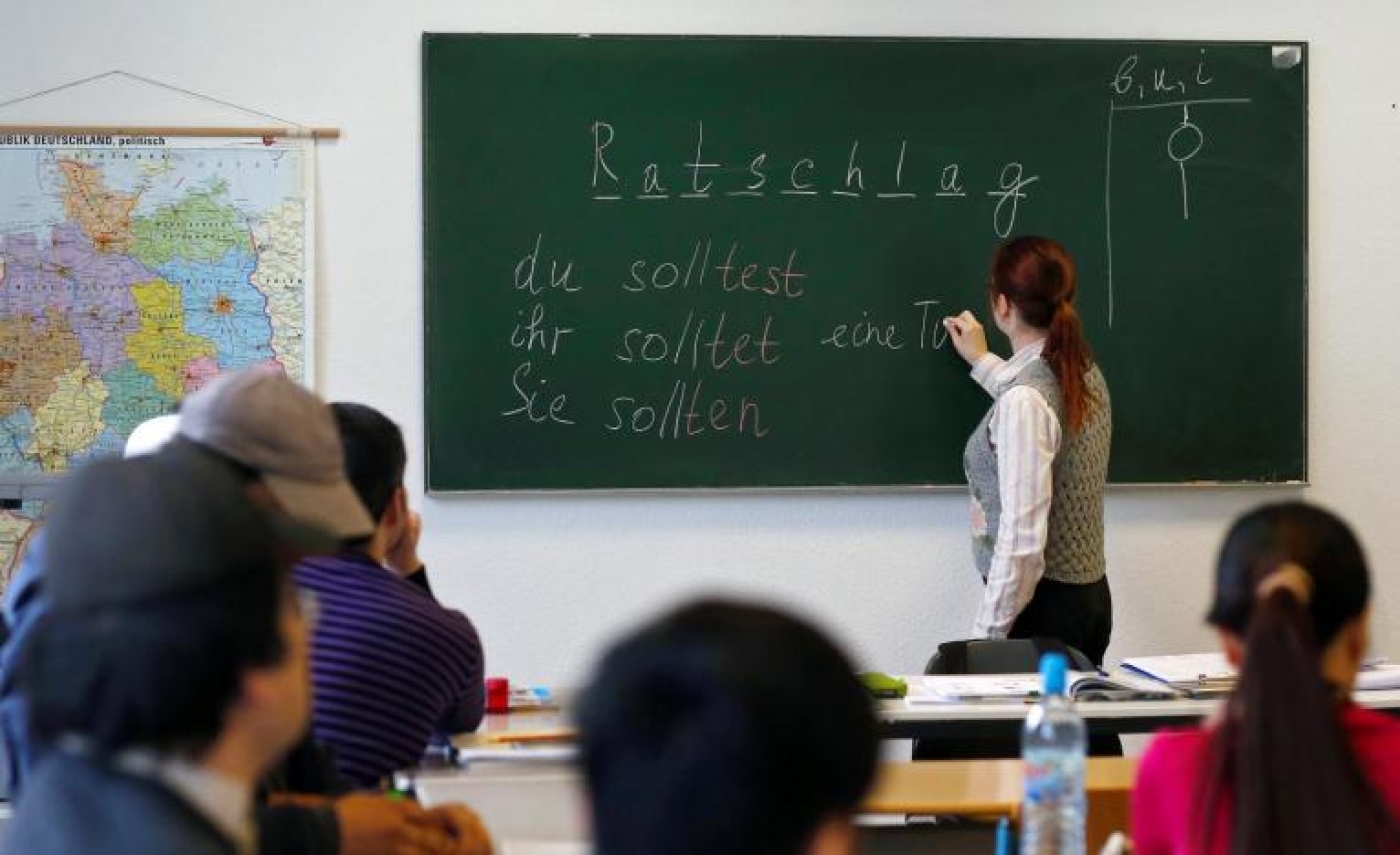 A German teacher plays a game of hangman using the word 'advice' as a clue, explaining how to use the verb 'you should' (Reuters)
By
Mary Atkinson

Turkish diplomats in Germany have been accused by a union of urging school pupils from the diaspora to film their teachers and report any critical comments they make about President Recep Tayyip Erdogan.

Germany’s justice ministry has heard claims that the Turkish consulate in North Rhine-Westphalia (NRW) - the most populous state in Germany and home to the hub cities of Cologne and Dusseldorf – has encouraged pupils and their parents to report “any criticism”.

A union leader from the German Education Union made the claim public on Thursday, but had informed German officials on 15 February.

“We have learned from various sources that participants have been encouraged to report to the consul-general any criticism of the Turkish government that is observed in schools in North Rhine-Westphalia,” Sebastian Krebs, the union's local head, told Funke media group on Thursday.

Turkey's future: will Erdogan be president until 2034?

The union represents some 280,000 education workers in Germany, most of them teachers in state schools.

“Students have even been asked to film their teachers and pass on the recordings to the Turkish authorities,” Krebs added.

The call was reportedly put out at meetings held by Turkish diplomatic officials in Cologne, Dusseldorf, Essen and Munster at the end of January.

The umbrella organisation of Turkish parents' associations in Germany has confirmed that meetings took place between Turkish consular officials and selected teachers and Muslim clerics.

However, Ali Sak, the chairman of the Ruhr Turkish Parents Association, told the German WAZ news site that such claims were false.

“[People] brought forward similar claims a few years ago ... and their claims were disproved after an investigation," he said.

Sak said he attended a meeting where the requests were allegedly made, heard nothing of the sort, and blamed teachers of Turkish origin for the false claims.

The Turkish foreign and education ministries had not responded to Middle East Eye's requests for comment by the time of publication.

Controversy over the allegations comes as Turkey steps up efforts to promote domestic constitutional reform among Germany’s large Turkish diaspora.

Turkey's prime minister, Binali Yildirim, addressed a crowd of thousands in the NRW town of Oberhausen on Saturday, calling on Germans of Turkish origin to support Erdogan’s quest to strengthen his powers in April’s referendum on proposed constitutional amendments.

The estimated 1.4 million Turkish citizens living in Germany are eligible to vote in the referendum.

Erdogan himself is reportedly keen to visit the state next month to promote the changes, which could see him remain in power until 2029, according to a high-ranking German diplomat quoted in the Bild daily.

NRW interior minister Ralf Jager said on Thursday that he will attempt to prevent any such visit, telling the Kolner Anzeiger newspaper: “It is the task of the federal government to ensure that such performances do not take place in NRW or elsewhere in Germany.

“Freedom of expression must not be abused in order to promote constitutional change in Turkey, to restrict fundamental rights and reinstate the death penalty. We must prevent intra-Turkic conflicts.”

Erdogan is seeking to extend his powers in the wake of a failed coup against him last July, which he has blamed on self-exiled cleric and former ally Fethullah Gulen.

German police last week raided the apartments of four Turkish imams who were suspected of spying on supporters of Gulen on behalf of the Turkish government. 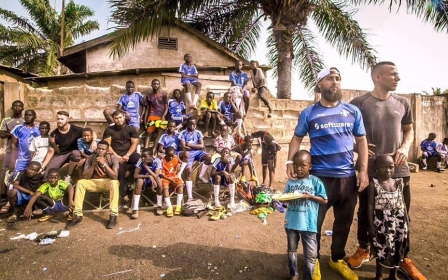