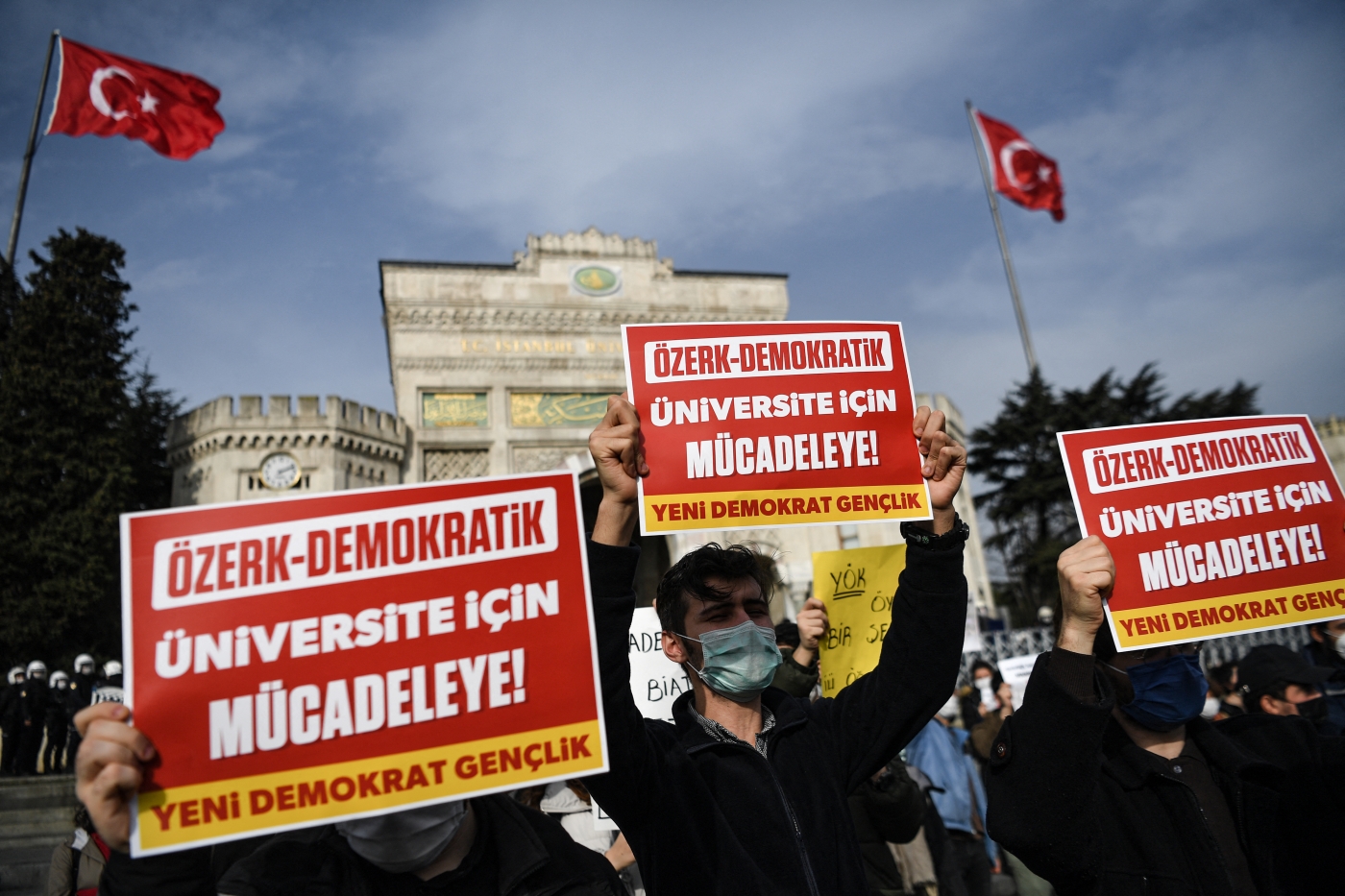 Istanbul University students chant slogans and hold placards reading "Fight for free and democratic universities" during a protest against the appointment of the new rector to Bogazici University, on 11 January 2021 in Istanbul (AFP)
By
Alex MacDonald

Turkish President Recep Tayyip Erdogan has appointed as rector the interim head of Istanbul's Bogazici University after the removal of the previous rector in the wake of demonstrations last month.

Mehmet Naci Inci was vice-rector under Melih Bulu, whose appointment in January sparked mass protests in the university and across the country over fears the government was threatening the independence of the highly regarded institution.

Erdogan's office announced the appointment in a statement on Friday, to the dismay of several staff members and students.

Ozgun Emre Koc, a political science lecturer at the university, tweeted "Naci Inci is not our rector."

"Mr Naci, I hope you have learned from Melih Bulu's situation," he wrote. "Do not waste time on this school, these young people and this country, resign."

Can Candan, an outspoken former faculty member whom Inci sacked after he took over as interim rector in July, tweeted the hashtag "we don't accept, we don't give up."

The appointment ignored an internal election held by faculty members at the university, which overwhelmingly rejected the government-backed candidates for the role.

According to a statement from the Voting Coordination Committee, 746 members took part in the informal poll on 30 July to select out of 19 candidates, including pro-government candidates Inci and Gurkan Kumbaroglu, who was appointed vice-rector following Inci's move to the main job.

According to the committee, Inci and Kumbaroglu's candidacies were rejected, with 95 percent and 93 percent opposed respectively. One staff member told Middle East Eye the purpose of the vote had been to "show no confidence in Bulu's henchmen" and suggested the fact that they put their names forward at all for the faculty election "suggests some weakness".

Bogazici University had informally held internal elections to select candidates for rector since 1992, but in 2016, in the wake of a July coup attempt, the government used a state of emergency to change the process, giving the power to the Turkish president.

Dozens of people have been detained since the protests began in January, while many others have been subjected to heavy-handed police raids.

Several students have complained of mistreatment while in detention. However, demonstrations have continued to take place.

The Bogazici Resistance collective, who had been involved in organising protests against Bulu, told MEE last month in the wake of his sacking that they would continue campaigning for the democratisation of their university.

"We will continue until all of the universities, all of the communities that are harmed by the government are united and free," they said.

"What we want now is to elect our rector." 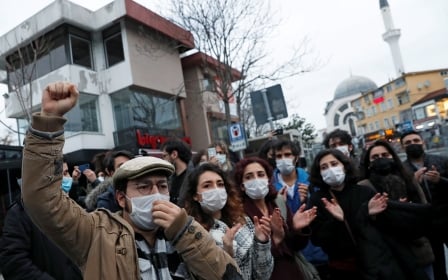 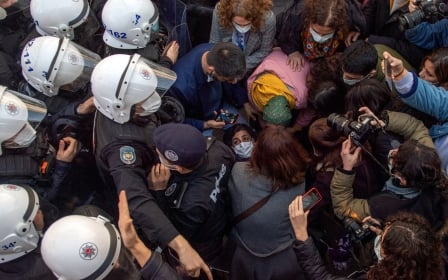