Climate change: Turkey is finally ready to ratify Paris Agreement, but why now?

Ankara is one of only six countries that has not yet ratified the 2016 international pledge to combat global warming - so what has changed? 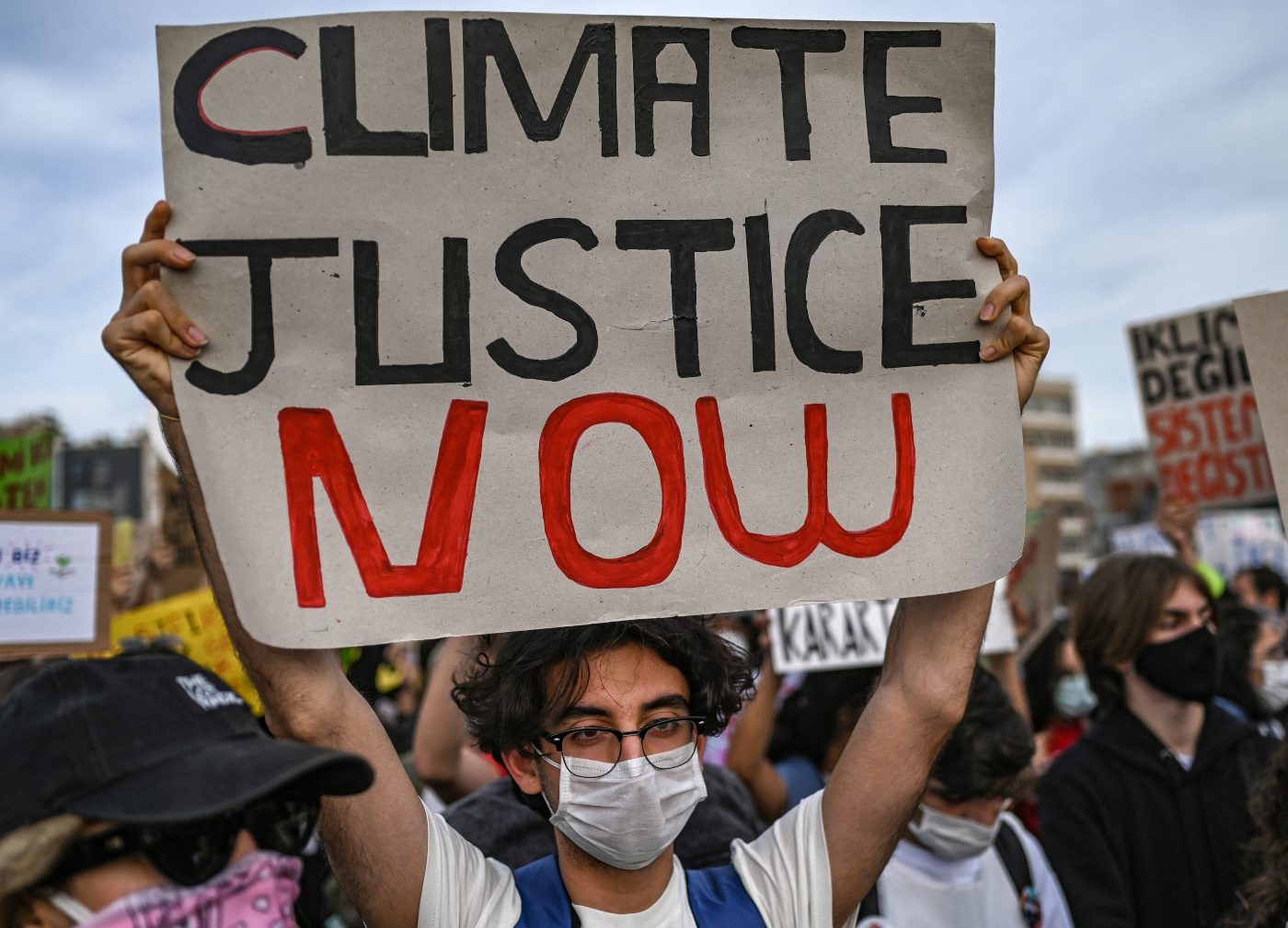 A man holds a sign during a global climate strike of the Fridays for Future movement in Istanbul's Kadikoy district on 24 September 2021 (AFP)
By
Omer Faruk Gorcin
in
Istanbul, Turkey

After a five-year wait, Turkey - the only G20 member country to have not yet ratified the Paris Agreement on carbon emissions - declared that it would do so within a month.

President Recep Tayyip Erdogan’s announcement came on 21 September at the United Nations General Assembly summit, where he said that Ankara was planning to reach the ratification phase before the UN climate change conference (COP26) that is set to begin in Glasgow on 31 October.

On Monday, Erdogan reiterated his commitment to ratifying the treaty.

“As part of the recent developments, the commitments given to our country and our national contribution statement, we have decided to ratify this agreement with the start of the new legislative year of the parliament next month,” he said in a speech.

“We will prepare and carry out all our medium and long-term development programmes under the guidance of the structural transformation required by the green development revolution.”

For Koray Dogan Urbarli, a spokesperson for the Green Party, the announcement came as an unexpected surprise - but may amount to Ankara simply playing catch-up.

“We were just at a point where we thought: ‘Okay. Turkey will never ratify the agreement,’” he told Middle East Eye. “On the other hand, the world is about to execute a whole new set of rules regarding climate change...Turkey is trying to enter the room just before the door closes.”

Only six countries have yet to ratify the 2015 Paris Agreement, an international treaty aiming to keep carbon emissions in check to slow down global warming: Iran, Iraq, Libya, Yemen, Eritrea, and Turkey.

Ankara’s decision to belatedly ratify the treaty comes after longstanding Turkish concerns over its expected role in global environmental efforts. But environmentalists warn that the move is only one small step in the fight against global warming.

Like its predecessor, the 1997 Kyoto Protocol, the Paris Agreement relies on a separation of the world’s 197 states into three categories. One of these groups, called Annex II, consists of 24 well-off nations plus the European Union, which are required to provide financial and technical support to developing countries in achieving their environmental goals.

Annex I countries, largely members of the Organisation for Economic Co-operation and Development (OECD), are ineligible to receive this financial aid - unlike non-Annex developing countries - but are not necessarily expected to donate funds unless they are also part of Annex II. 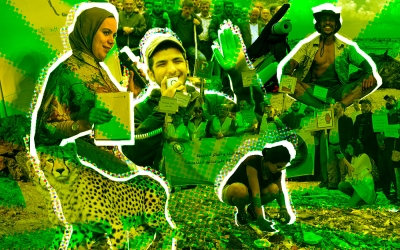 During the 2010 UN climate change conference in Mexico, wealthier countries made a commitment to provide financial support to more vulnerable states, with the aim of raising $100bn dollars each year for that purpose starting in 2020.

Turkey signed, but didn’t ratify the Paris Agreement in 2016, and as an OECD member was categorised as an Annex I country - preventing it from receiving financial and technical support from Annex II countries.

But Turkey’s classification as an Annex I country back in the 1990s came when the country barely made a dent in the global emission of greenhouse gases, with Turkey reportedly emitting 75 percent less carbon than the average Annex I country in 1992, an official from Turkey's Ministry of Foreign Affairs told MEE.

Since then, Ankara has sought exemptions from its Annex I status before ratifying environmental agreements.

“Turkey signed the agreement as a developing nation and this was a clear sign of goodwill,” Turkey’s Minister of Environment and Urbanisation Murat Kurum told Parliament in May. “Our wish is for Turkey to be removed from the Annex I list and to be in a position to contribute more to global climate change efforts.”

'We have been fighting for this ratification for years, and it is a fresh start for more concrete steps in the fight against the climate crisis'

The exemption was recently obtained, finally paving the way for the ratification of the Paris Agreement.

“Turkey wants to take its share from those funds,” Urbarli said. “The amount that Turkey can get is approximately three billion dollars. Turkey probably understood that its desires will be covered.”

In his speech to the UN General Assembly, Erdogan called on the world's largest economies, and biggest polluters, to take their fair share of the burden.

“Whoever has done the most damage to our nature, to our air, to our water, to our soil and the earth, who has brutally exploited natural resources, should also make the greatest contribution to the fight against climate change,” he said.

On his flight back to Turkey after the General Assembly, Erdogan told journalists on the plane that Turkey had yet to receive any financial support from Annex II countries, adding: “We will take steps in accordance with the issues specified in the Paris Agreement with the support promised to our country.”

However, wealthier countries have so far failed to fulfil their 2020 promise to raise $100bn. Patricia Espinosa, executive secretary of the United Nations Framework Convention on Climate Change, expressed her frustrations on the issue in June.

“We are still talking about this promise despite greenhouse gas emissions continuing to be at their highest concentration ever, while extreme weather continues to decimate more parts of the world and with greater intensity, and while vulnerable people continue to suffer, continue to lose their livelihoods and their lives,” she said at the time.

Erdogan’s speech has led to a somewhat unusual situation in Turkey, with opposition parties and NGOs expressing support for the government’s move.

The parliamentary leader of the Republican People's Party (CHP) Ozgur Ozel wrote on Twitter that the ratification of the Paris Agreement was a “delayed and necessary step”.

“We have been fighting for this ratification for years, and it is a fresh start for more concrete steps in the fight against the climate crisis,” he added. 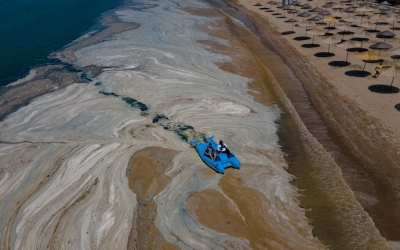 But the change in Ankara’s position may not entirely be based on altruistic motives about the environment. Earlier this year, the European Commission declared that EU countries would implement additional taxes on imported goods produced by companies that do not abide by the rules of the Paris Agreement.

“All sectors should review themselves and measure their carbon pollution and get it under control,” Turkish Exporters Assembly (TIM) chief Ismail Gulle said in an interview with Turkey’s state-owned news agency Anadolu on 5 September. “The next criterion will be the environment, not the cheap price.”

Taner Tataroglu, a sales executive who exports containers for beauty and hygiene products to southern European states, told MEE that his business was dependent on Turkey ratifying the Paris Paris climate deal.

“I need to maintain my low-price policy to keep my products on the market,” he said. “If Turkey won’t sign the deal, in the near future it will be much more difficult for us to stay in the game with new green taxes.”

“This new structure, which could be called the Ministry of Climate, will cover many areas,” Sarikaya wrote, calling the possible move “a vital level-up for Turkey”.

But Urbarli warned of a long road ahead.

“There is a misunderstanding that after the ratification of the agreement, everything will be done, but that’s not the case,” he said.

“From our perspective, ratification means only the start of a fight against climate change. Turkey still has many things to do on this path.” 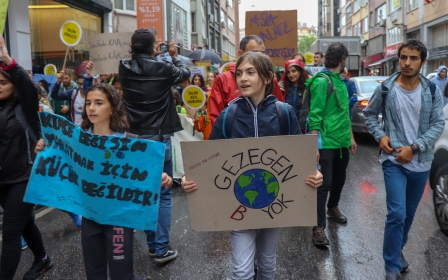 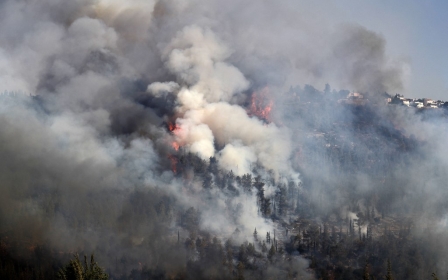 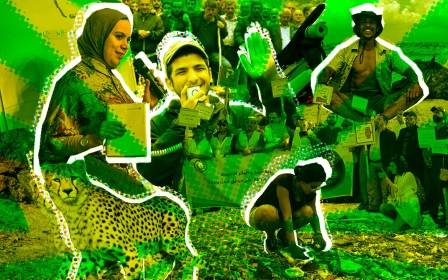