After visiting blaze near Marmaris, president said the punishment for burning forests should be 'intimidating' 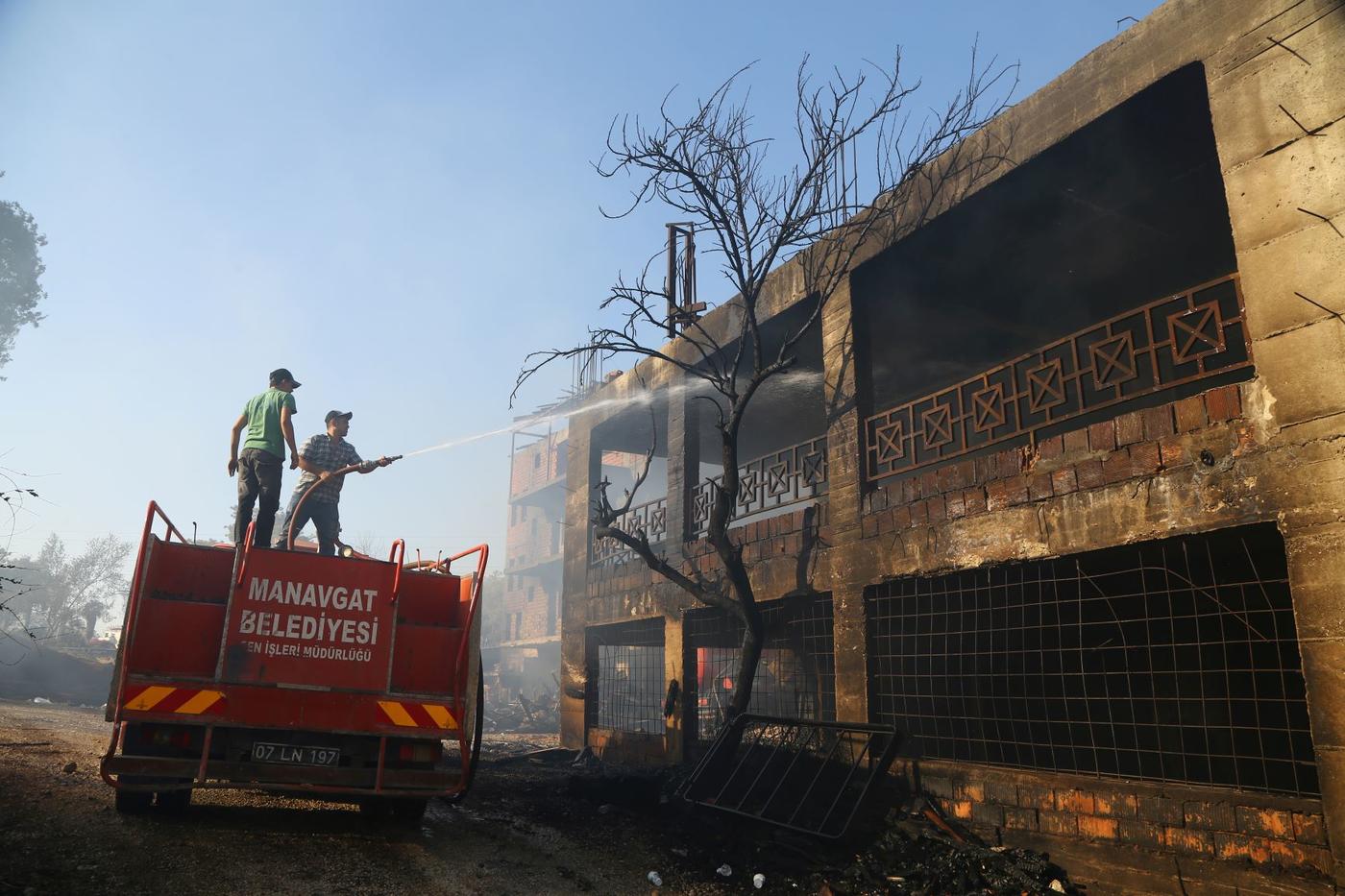 Last year's fires, which ravaged 140,000 hectares of countryside, were the worst on record in Turkey (AFP)
By
MEE and agencies

Turkey will reconsider a 2004 decision to abolish capital punishment, the justice minister has said, after President Recep Tayyip Erdogan raised the death penalty in connection with the cause of this week's wildfires.

Capital punishment was struck from the constitution in the early years of Erdogan's rule.

Authorities have said that a suspect detained in connection with the fire has admitted to causing it.

The blaze, in woodland near the resort of Marmaris, has been contained, authorities said on Saturday.

Speaking to reporters in the eastern town of Agri on Saturday, Justice Minister Bekir Bozdag said the president's comments "are instructions to us".

"We have started working on it as the ministry," Bozdag said, adding that the current punishment for starting wildfires was 10 years in prison, rising to a possible life sentence if part of organised crime.

The country's first big blaze of the summer began on Tuesday and conjured memories of last year's fires that ravaged 140,000 hectares of countryside, the worst on record.

Interior Minister Suleyman Soylu said on Thursday that the detained suspect had admitted to burning down the forest out of frustration due to family issues.

Local officials told Reuters in recent days that authorities lacked the necessary equipment and personnel for another summer of fires.