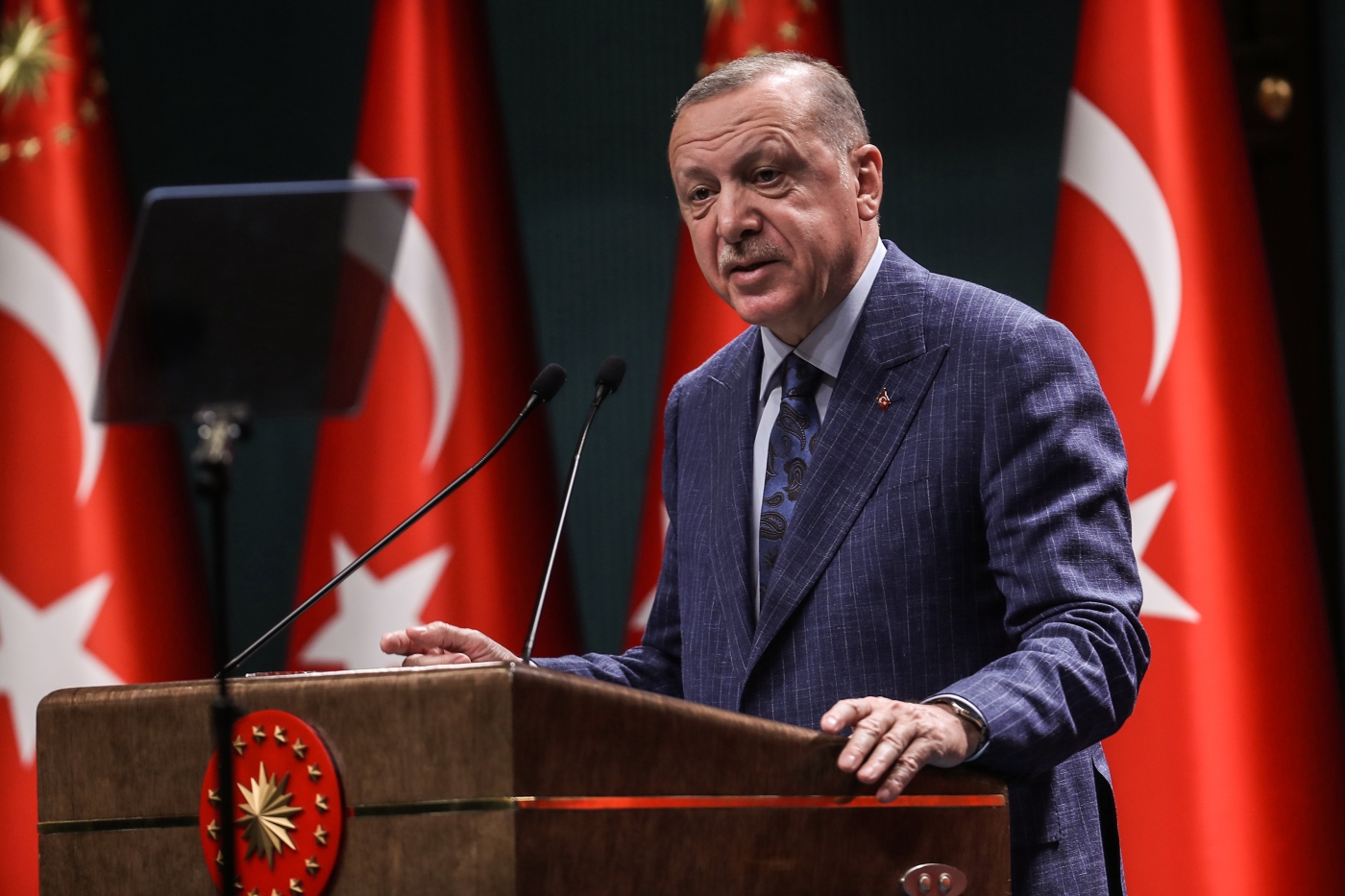 Turkish President Recep Tayyip Erdogan has threatened to bring in a law restricting or closing down social media sites, accusing Twitter users of insulting his daughter after the birth of her new child.

Speaking at a meeting of the ruling Justice and Development Party (AKP) on Wednesday, Erdogan blamed the sites for allowing insults against his daughter Esra Albayrak - who is also wife of the country's finance minister Berat Albayrak - and warned that "rapid steps will be taken for their complete removal”. “The issue we need to talk about is how these social media platforms turned into tools for such foulness. They need to be brought into order. Such platforms don’t suit this country and our people," he said.

"That’s why we want these social media platforms completely shut down or controlled after bringing the issue to our parliament."

Interior Minister Suleyman Soylu said a number of people had been detained for remarks against Erdogan's daughter.

The Istanbul chief public prosecutor’s office said a day earlier that an investigation had been launched into the tweets over “insulting a public official”.

Soylu suggested a number of those insulting Albayrak had been followers of the US-based cleric Fethullah Gulen, a former ally-turned-enemy of Erdogan.

The threat against "YouTube, Twitter and Netflix" from Erdogan comes shortly after a live broadcast from the president on YouTube provoked a huge backlash with 368,000 dislikes.

The video, hosted on 26 June, was aimed at students taking higher education entry exams, but resulted in masses of comments using the hashtag “You won’t receive our votes" leading the president to demand comments be turned off.

“We experienced similar attacks in the past. The fact that these social media platforms are uncontrolled have a role in the increase in these immoralities," Erdogan said on Wednesday.

"Do you understand why we’re against social media platforms such as YouTube, Twitter and Netflix? To get rid of these immoralities. They are immoral."

A statement from Erdogan's communications chief Fahrettin Altun later said the president's comments had been "distorted."

Erdogan's comments also come in the wake of a mass culling of thousands of "fake and compromised" accounts by Twitter.

The social media giant announced in mid-June that 7,340 accounts linked to Turkey were being suspended as part of a clampdown on "state-linked information operations", along with a similar clearing out of Russia- and China-linked accounts.

"Detected in early 2020, this network of accounts was employing coordinated inauthentic activity, which was primarily targeted at domestic audiences within Turkey," read a statement from the company. "Based on our analysis of the network’s technical indicators and account behaviours, the collection of fake and compromised accounts was being used to amplify political narratives favourable to the AK Party, and demonstrated strong support for President Erdogan."

They said that the evidence pointed to a centralised network of accounts associated with the AKP's youth wing.

A number of accounts linked to organisations critical of the Turkish government had also been "repeated targets of account hacking and takeover efforts by the state actors identified above" and were thus removed.

The news provoked a furious reaction from Turkish presidential spokesman Fahrettin Altun, who accused Twitter of promoting "black propaganda" by enemies of Turkey with a mind to "redesign" Turkish politics.

"We would like to remind this company of the eventual fate of a number of organisations that attempted to take similar steps in the past."

Turkey has had a tumultuous relationship with Twitter - the government banned the website in 2014, though the ban was lifted a few weeks later after a court ruling. US Protests
Turkey denounces vandalism of Ataturk statue in US capital