'Give her a seat': Anger as European Commission president sidelined in Turkey meeting 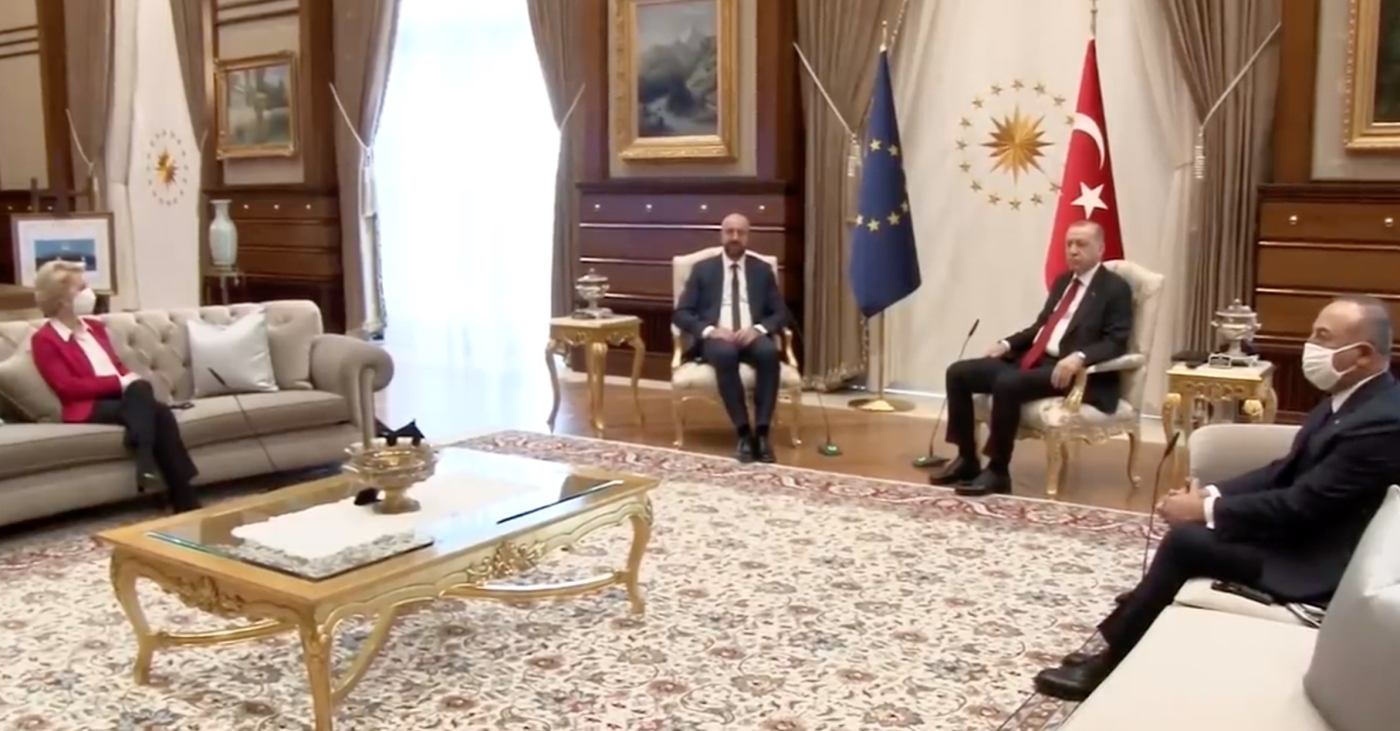 People have taken to social media to criticise Turkey’s treatment of European Commission President Ursula von der Leyen, after she was left to sit on a distant couch during a meeting in Ankara.

The meeting, which took place on Tuesday, was focused on mending relations between the EU and Turkey, which have been strained in recent years.

Matters such as strengthening economic ties, European funding towards supporting refugee communities and modernising their customs union framework were discussed.

During the meeting, European Council President Charles Michel and Turkish President Recep Tayyip Erdogan sat at the front of the room, with the Turkish and EU flags behind them.

Meanwhile, von der Leyen was left awkwardly standing, and appeared to look around for somewhere to sit. She was then left to find a spot on a sofa, several feet away, opposite the Turkish Foreign Minister Mevlut Cavusoglu.

In typical diplomatic protocol, the foreign minister is considered to be of a lower status, hence was seated on the sofa. Von der Leyen and Michel, the former Belgian prime minister, are typically seen as equivalents in ranking.

The video sparked sharp criticism online, with many both inside and outside Turkey claiming it was reflective of a wider problem of sexist attitudes in the country.

Online, the hashtag #giveheraseat has gained traction, with hundreds of people using it to highlight discrimination against women. Some have even demanded a public apology to be made to Von der Leyen.

@vonderleyen I'm very sorry for this situation on my behalf. I wish we were a country that respects women, children, animals and nature more. But make sure that the government represents a small minority of society. #womensrights #GiveHerASeat #EU #Turkey https://t.co/9DmLbyDVAy

Some social media users questioned whether the omission of a third chair for the Commission president was a sexist or political move, or if it was an honest mistake.

Wow SHADE!
This footage proves the way women are seen and treated in his "new turkey". Do you understand now what we've been fighting against?! The EU can keep its "condemning". Now you know...#GiveHerASeat I can't believe she went and sat on the sofa. Claim your seat!! 👿👿👿 https://t.co/QDd3x7Ybs2

One social media user tweeted, “just wondering how many female leaders out there say ‘this never happened to me”.

Another wrote “'ehm' is the new term for 'that’s not how the EU-Turkey relationship should be'" referring to the noise that came out of Von der Leyen's mouth after the lack of chairs became apparent.

This situation speaks volumes of how women are regarded and treated in #Turkey #GiveHerASeat https://t.co/yzXVst3YMS

and @eucopresident should apologise publicly and repeatedly for contributing to this humiliation of President @vonderleyen. Even if caught unprepared, it does not take much to follow the basic rules of politeness and #GiveHerASeat

Social media users took the incident to raise concerns about how women are treated in Turkey, citing Ankara’s recent withdrawal from the Istanbul Convention on violence against women.

Last month, Erdogan caused shockwaves after he pulled Turkey out of the international treaty.

On the same day as Turkey withdrew from the Istanbul Convention, media reported the killing of four women across the country, allegedly by their romantic partners.

Last year, thousands of demonstrators called on the government not to withdraw from the landmark treaty on combating domestic violence.

Femicide, the intentional killing of women because they are women, is a persistent and deepening issue in Turkey.

The Istanbul Convention was signed by members of the Council of Europe, including Turkey, in 2011 with a mission to implement preventive, protective and legal measures in cases involving gender-based discrimination and violence against women.

In 2019, at least 328 women were murdered in Turkey, according to Bianet's Male Violence Monitoring Report.

Turkey does not keep official statistics on femicide.

World Health Organisation data has shown that 38 percent of women in Turkey are subject to violence from a partner in their lifetime, compared to about 25 percent in the rest of Europe. 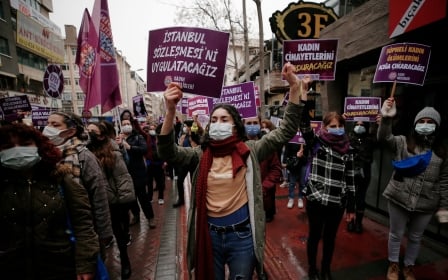