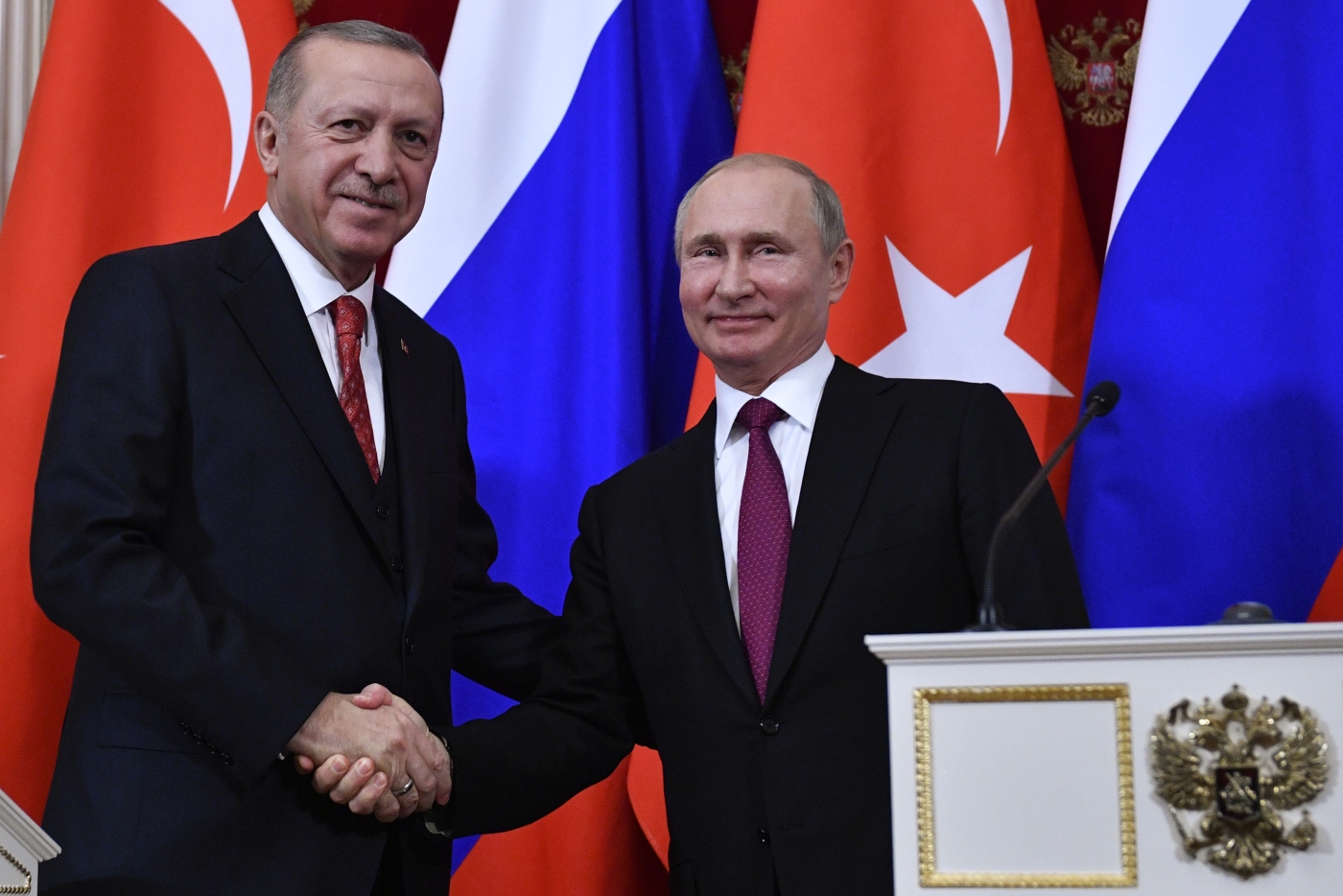 Turkish President Recep Tayyip Erdogan once declared that he would never speak with his Syrian counterpart Bashar al-Assad, “who is responsible for the death of more than one million Syrians”, yet on Sunday he confirmed that the two governments were maintaining low-level communications.

“We cannot cut the tie even if it is the enemy. We may need that tie later on.”

Several Turkish officials, who spoke to Middle East Eye on condition of anonymity due to government protocol, said developments on the ground require direct contact with Syrian government representatives to prevent hostilities, specifically in northern Syria.

One Turkish official said it was not always possible to sort out problems through Russian channels and sometimes backdoor diplomacy was also necessary to resolve matters.

Russia has been Syrian President Bashar al-Assad's main military ally, while Turkey has backed the Syrian armed opposition for much of the country's seven-year civil war.

But with Syria's opposition now effectively contained within Idlib province on Turkey's border, the direction of the conflict and diplomatic efforts to end the war are increasingly being shaped in discussions between Ankara and Moscow.

Erdogan's announcement comes after his visit last week to Moscow, and with Russian President Vladimir Putin pushing for a new understanding between Syria and Turkey based on the Adana Memorandum, which was signed by both parties in 1998 to remove Kurdistan Workers’ Party (PKK) militants from the Syria border.

The memorandum requires both parties to take all necessary measures to expel the militant group, which has waged a decades-long insurgency in Turkey and is considered a terrorist organisation by Ankara.

Turkey says the Syrian Kurdish People’s Protection Units (YPG), which control territory captured from the Islamic State (IS) group along Syria's northern border, are an extension of the PKK.

Turkey has occupied territory in northern Syria and threatened further military action east of the Euphrates to limit the Syrian group's influence.

Putin reminded Erdogan of the existence of the memorandum during their meeting in Moscow which came with Turkey also in negotiations with Washington over US President Donald Trump's proposal for a 32km-deep safe zone in northern Syria to prevent clashes between Turkish forces and the YPG.

The YPG was the main component in the Syrian Democratic Forces (SDF) which conducted the bulk of the fighting on the ground in Syria in the US-led campaign against IS.

Omer Ozkizilcik, a security analyst at Ankara-based think tank SETA, told MEE that it has been always on Putin’s agenda to re-establish ties between Ankara and Damascus.

“Whether the Idlib ceasefire deal, the Adana memorandum or the Syrian constitutional committee, Putin as always had an aim to develop ties between the pair. It could revive the Assad regime in a way because Turkey is a key actor in the Syria crisis.”

The Hurriyet report said that if Turkey and Russia agreed on re-implementing the Adana memorandum,  Ankara and Damascus might need to continue talks with higher level intelligence contacts.

“Fully implemented, Ankara expects the possibility of the handover of the terrorists [YPG fighters] by the Assad government. The Assad government can influence the local tribes against the YPG,” the paper said.

The report also said that the Assad government now considered the YPG to be its number one threat due to the diminishing power of the Syrian opposition.

Ozkizilcik said direct contact between the countries' intelligence agencies shouldn’t be exaggerated because Turkey is one of the guarantors of the Astana peace talks, which have brought together negotiators from Russia, Turkey and Iran, and from the Syrian government and some opposition groups.

“It doesn’t mean that Turkey would recognise Assad or anything. Ankara clearly declared that it would work with the interim government after the implementation of a new constitution,” he said.

Syria War
'I won't back down': Trump commits to Syria withdrawal in call with Erdogan