Turkey: Wife of Osman Kavala calls for his release over health concerns

Ayse Bugra tells MEE that her husband, a noted businessman and philanthropist, faces serious mental and physical health risks after spending more than 1,000 days in jail 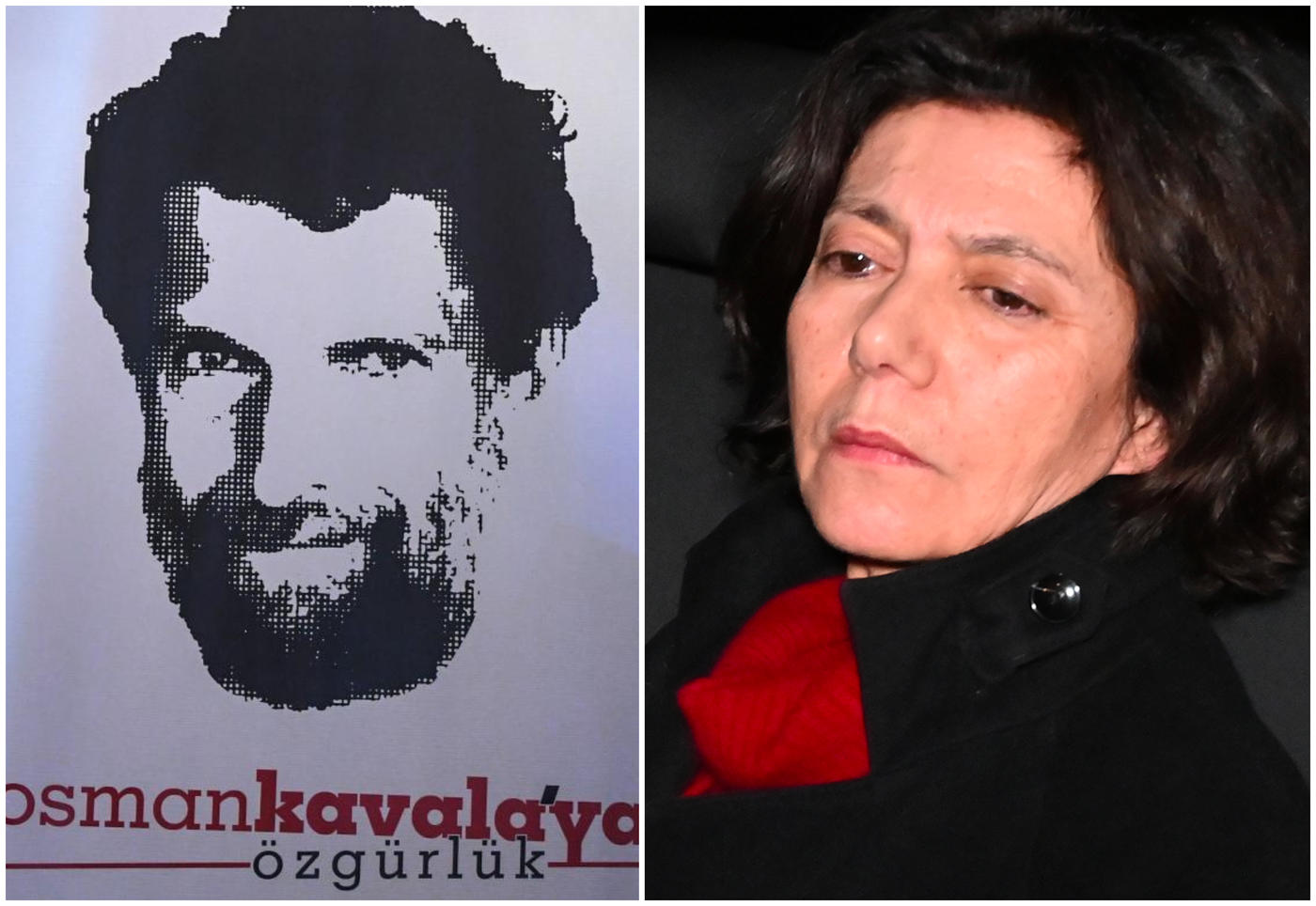 Though Turkey's jails have become fit to burst in recent years with an array of journalists, activists and politicians, the imprisonment of businessman and philanthropist Osman Kavala has arguably provoked more denunciations and anger on both sides of the debate than any other.

Human rights organisations and campaigners laud him as a "central figure" in Turkey's fight for democracy, freedom of speech and human rights and a crucial defender of the country's cultural and archaeological heritage.

To his opponents, including Turkish President Recep Tayyip Erdogan, he is the "red Soros of Turkey" - referring to his links with Hungarian-American businessman George Soros - a man with dubious patriotic credentials working in tandem with shady foreign forces to overthrow the government of Turkey.

Now having spent more than 1,000 days in jail on charges of having links to terrorist organisations and attempting to overthrow the constitutional order in Turkey - but never been convicted of anything - his wife Ayse Bugra warns that 62-year-old Kavala's mental and physical health are at risk, not least with the coronavirus spreading through Turkey's jails.

"For a person who is no longer very young, staying in prison for nearly three years entails health problems, and with the pandemic, physical health has become a particularly serious concern," she told Middle East Eye.

Bugra, herself a professor of political economy at the Ataturk Institute for Modern Turkish History, described Kavala's imprisonment as "torture", and said the pressure of staying in jail for so long - combined with the cycle of releases and re-arrests that he has had to face - was making life very difficult for him and his family.

"He has maintained his moral strength and tries to keep his sanity especially by reading and trying to write, although he does not have a computer," she said, adding that Kavala was allowed one weekly call to his family.

Kavala was first detained at Istanbul Ataturk Airport in October 2017 after returning from a visit to the southeastern city of Gaziantep, where he had been working on a joint project with the Goethe-Institut.

Even in the tense atmosphere that permeated Turkey following the July 2016 coup attempt, Kavala's arrest came as a shock to many.

Since the 1980s, Kavala has been well known for his involvement in numerous publications and cultural institutions, most famously the Anadolu Kultur organisation. Founded in 2002, it focuses on building inter-cultural relations between Turkey's minority groups, with an aim of creating a more pluralistic society in the country. 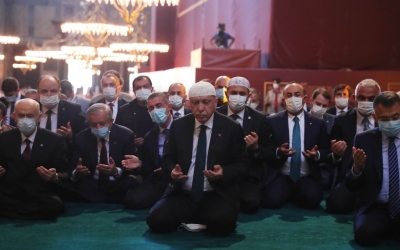 Vulnerable and flagging in the polls, Erdogan rattles his base
Read More »

Much of his work has been archaeological, particularly in attempting to preserve Armenian heritage sites and opening up dialogue with Armenian researchers to look into what is often a very controversial topic in Turkey.

He was also a founding member of the Turkish branch of George Soros' Open Society Foundation, an organisation which has been a focal point for right-wing conspiracy theorists across the globe.

One of the pillars of the case against him stems from his support for the 2013 Gezi Park protests, a movement in Turkey that started as a demonstration against the demolition of one of Istanbul's last green spaces, but later spiralled into massive countrywide protests against Erdogan's rule.

Although he acknowledged his public support for the protests, Kavala denied he had provided any financial support to the movement. Despite this, his opponents have tried to paint him effectively as the mastermind behind the Gezi Park demonstrations.

This was used as the basis for the charge of attempting to overthrow the constitutional order, while the terror links stem from the claim that he is a supporter of US-based cleric Fethullah Gulen, whose followers are blamed for the 2016 coup attempt - despite Kavala having been a vocal critic of Gulen in the past.

In February he was released from jail after being acquitted of charges linked to Gezi Park, only to be re-arrested hours later and charged with supporting the 2016 coup attempt. In March, while still in prison, he was given another verdict of arrest on espionage charges that he described as "fabricated at the last minute."

The European Court of Human Rights (ECHR) ruled in December that Kavala should be released, but months later he remains in jail.

Bugra said the entire ordeal had been farcical.

"To have an idea about what my husband has been subjected to during more than 1,000 days of imprisonment, it is important to know the strange judiciary process through which he was arrested three times, released twice and acquitted once from different charges all based on the same investigation file," said Bugra.

She warned that if Turkey, which is a member of the ECHR and technically bound by its rulings, continued to ignore the court, it would further alienate the country from its allies and risk Turkey's foreign and economic relations.

"I strongly hope that this would be prevented via a release verdict in conformity with legal principles," she said.

Since his arrest, there has been an unprecedented outpouring of support for Kavala internationally.

To mark 1,000 days of his imprisonment on 26 July, artists, campaigners and human rights organisations took part in numerous events and projects around the world.

Despite much of the world being in lockdown as a result of the coronavirus pandemic, friends of Kavala created a 10-minute long video "lockdown opera" called Osman Bey and the Snails  that detailed his arrest and life in jail:

Kemal Kilicdaroglu, leader of the main opposition Republican People's Party (CHP), said that the re-arrest of Kavala was an act of "revenge" and said he should be released.

Politicians from the Peoples' Democracy Party (HDP), whose own former leaders Selahattin Demirtas and Figen Yuksekdag are still in jail on similar charges, also called for his release.

The US called on Turkey to "release Osman Kavala from detention, while pursuing a just, transparent, and speedy resolution to his case", provoking a swift rebuke from the Turkish government.

Bugra said the solidarity shown for her husband both inside and outside Turkey had been a major source of "moral support" for them.

Kavala's imprisonment has come over a period of many years during which campaigners have warned of a steady erosion of civil liberties, freedom of speech and political rights in Turkey. 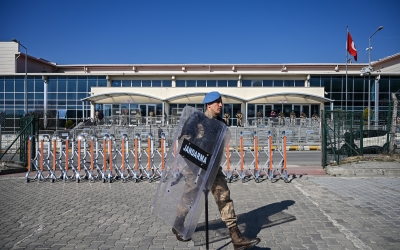 Despite this, the ruling Justice and Development Party (AKP) has seen setbacks, with rising anger over its handling of the economy and the coronavirus pandemic, and in 2019 the loss of Istanbul and Ankara to CHP mayors for the first time in decades.

Bugra said that for all the problems facing campaigners, her country had strong grassroots movement pushing back against the government's policies.

"In Turkey, there are not only well organised political parties but civil society organisations, and many people who clearly articulate their criticisms concerning the deviations from the rule of law and democracy," she explained.

She said her husband was someone who had always tried to contribute to "mutual understanding and dialogue" among people with different political ideas and ethnic or national identities. The 2019 elections showed that his ideals were also shared by a wide section of the country, she added.

"In a context where the independent media have been weakened and the autonomy of many institutions have been lost, this opposition is faced with daunting difficulties," she said.

"However, they have no choice but to continue to work together for a democratic change through the electoral process." 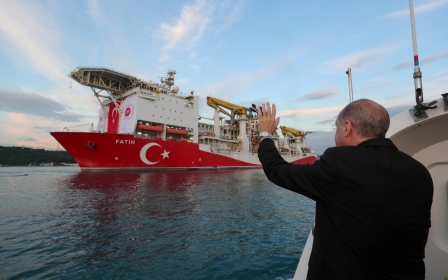 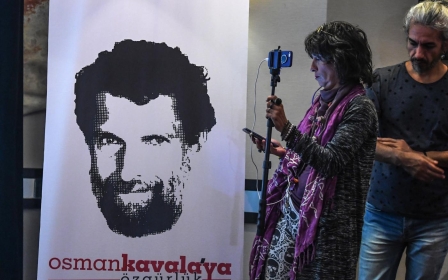 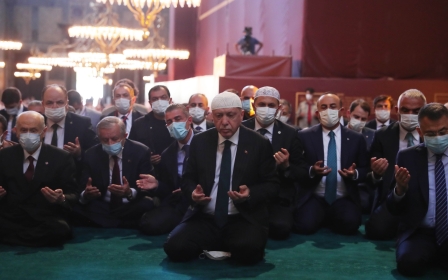