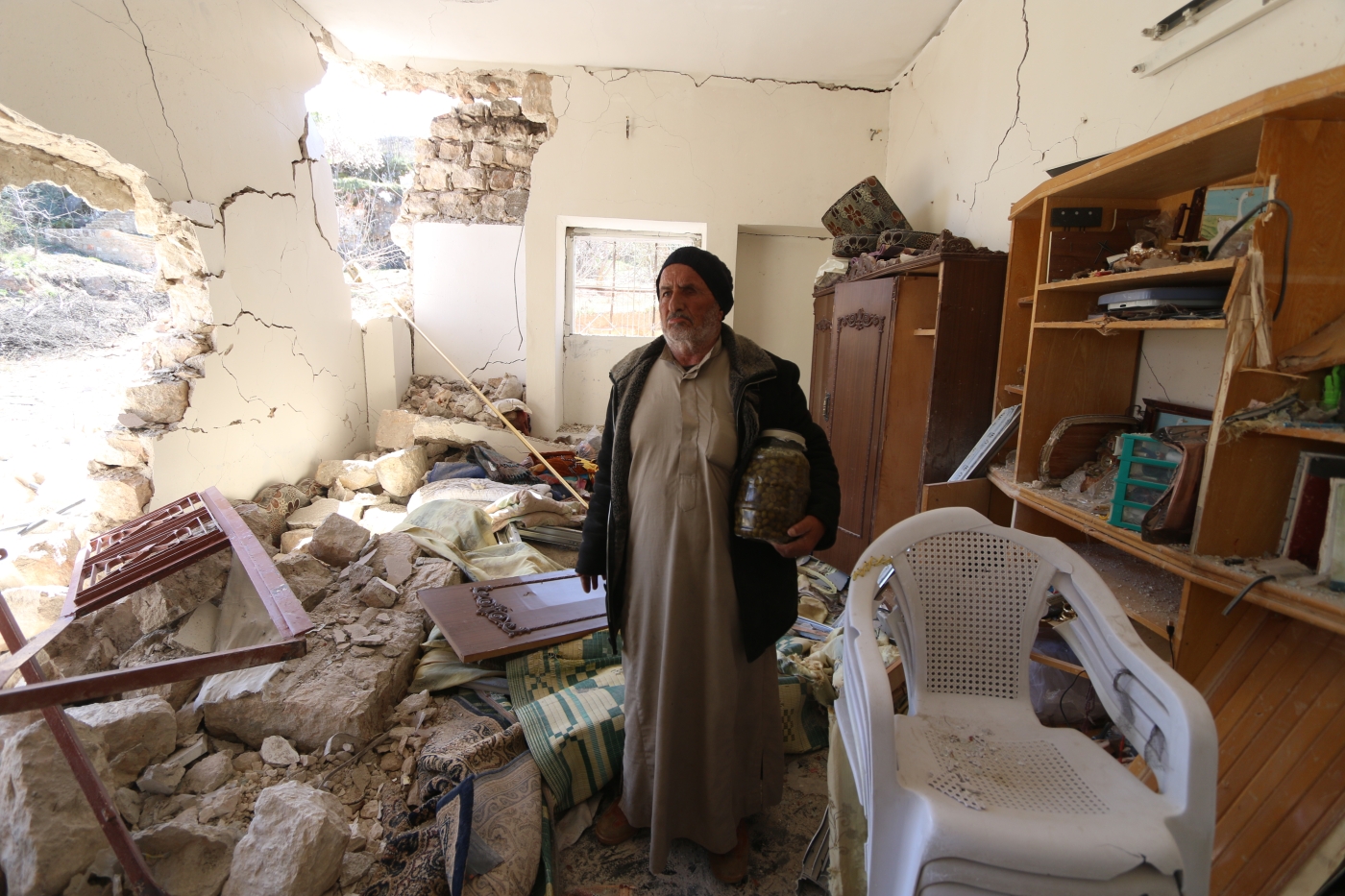 A Syrian man, Abu Ammar, inspects the rubble of his destroyed house in the village of Mashon, in Jabal al-Zawiya, after the ceasefire took effect in Idlib province, 8 March 2020 (MEE/Yousef Gharaibi)
By
Ragip Soylu
in
Ankara

Turkish President Recep Tayyip Erdogan said on Monday night that Syrian oil reserves in Qamishli and Deir Ezzor should be used to rebuild the war-ravaged country.

Erdogan, who spoke to journalists accompanying him during a visit to Brussels to discuss the Idlib crisis, said that he had long proposed a safe zone to protect displaced Syrians but the offer had fallen on deaf ears.

“US President Donald Trump last week told me that he would withdraw his troops from Syria and he would not spend large sums of money there,” Erdogan said.

Erdogan said there are large oil reserves in Syria’s northeastern town of Qamishli and in the south in Deir Ezzor, both under the control US-backed Syrian Democratic Forces (SDF), a Kurdish-led alliance seen as a terror group by Turkey.

“America has a plan for these areas. [Russian President Vladimir] Putin has one too. I made a proposal to Putin: We can build with the aid of the oil income from these areas. We can revive Syria if [Russia] provides the aid,” he said. “And Putin said it was possible.”

Erdogan added that he could make a similar proposal to Trump, and although the oil is not of high quality or refined, the income could still be a chance to rebuild Syria.

The SDF currently controls 70 percent of Syria’s total energy resources that are in the regions of Deir Ezzor, Hasakah, Homs and Raqqa.

SETA, an Ankara-based think-tank, estimates that the SDF has a current potential of 300,000 oil barrels per day.

“In this sense, calculations based on the average price of Brent Oil ($73.10) and the presumption that the YPG is able to utilise all its potential and to trade under the current prices, its approximate export revenue is $8 billion,” the report published by SETA said.

It is not clear how Trump would approach such a proposal since he has essentially declared that the United States was in Syria for oil.

“We've done a great job. We've taken our soldiers essentially out of Syria, except for little hot spots that we've figured, you know, we'll do, that develop. We've taken the oil, and the soldiers we have there are the ones guarding the oil. We have the oil," Trump said last month.

Erdogan said the ceasefire deal in Syria, reached with Russia last week, to halt the conflict in Idlib, has been going well and he hopes that the temporary truce will become a permanent one.

“We are accelerating our briquette housing [plan] and creating a safe zone at a depth of 25-30 km from the border,” he said. “We have already built 1,500 units."

Nearly a million people in the Idlib region have been displaced since Syrian government forces launched an offensive to retake the last rebel bastion in the country.

Turkey, which already hosts 3.6 million Syrian refugees, fears an influx of Syrians fleeing the bombardment in Idlib trying to cross its border. 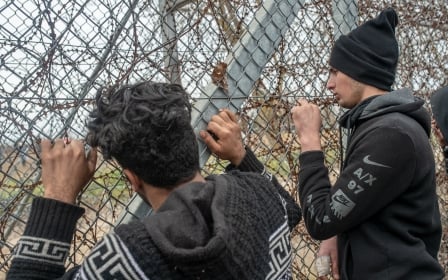 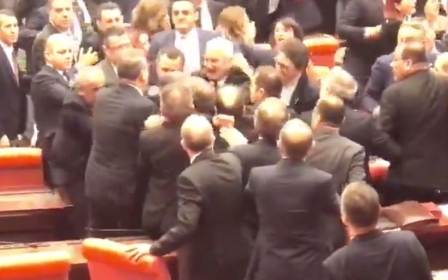