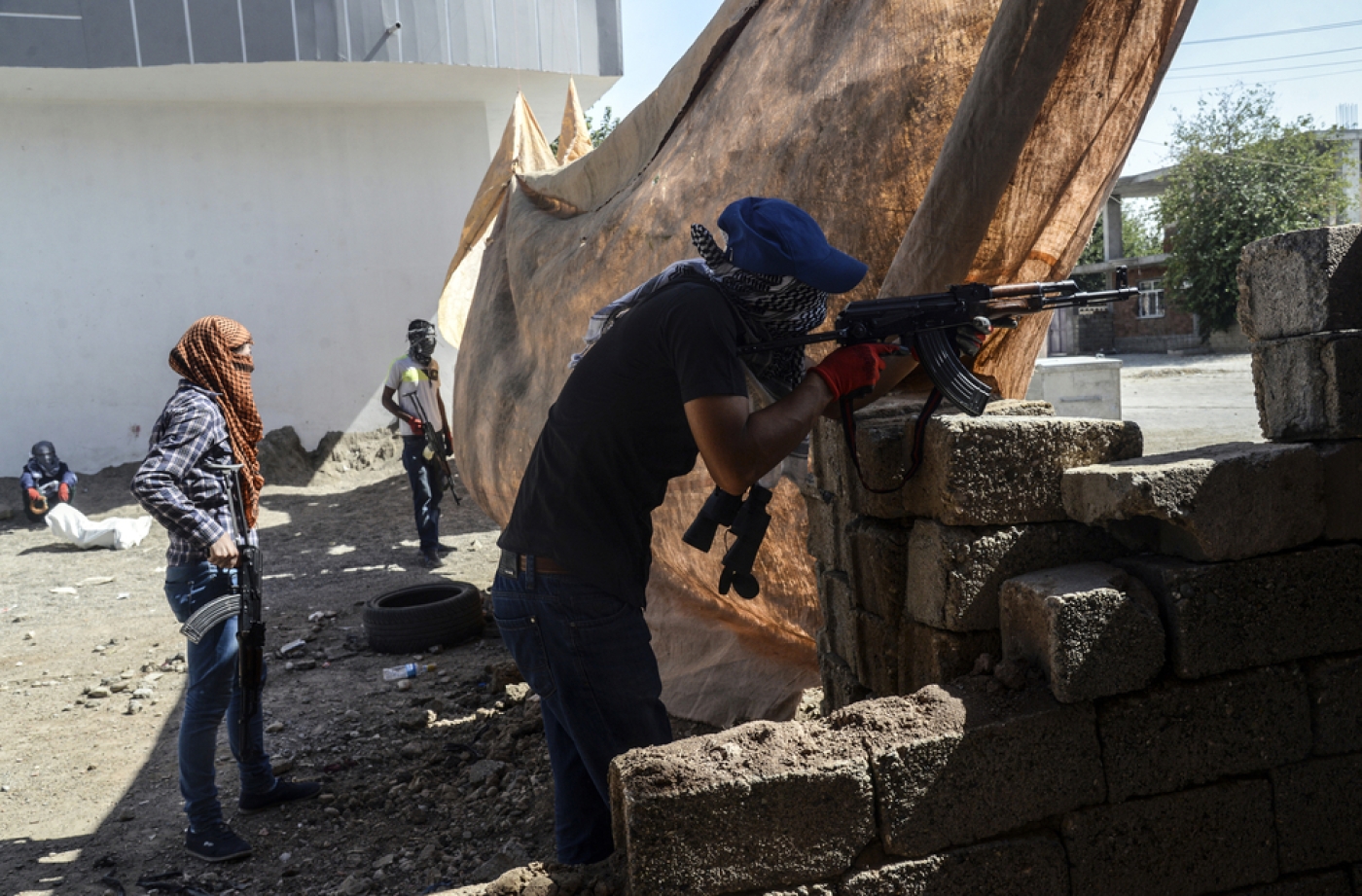 Armed Kurdish militants of the Kurdistan Workers' Party stand behind a barricade of concrete blocks on 28 September 2015, at Bismil in Diyarbakir (AFP)
By
MEE and agencies

The number of Kurdish militants killed during a huge Turkish military offensive in the country's restive southeast has jumped to 102, a security source told AFP on Sunday as the operation entered its fifth day.

At least two soldiers and five civilians have also been killed in the clashes, the source said.

An earlier toll released on Saturday put the figure at 70 dead, with the army saying all of them were suspected members of the militant Kurdistan Workers' Party (PKK), which is categorised as a terrorist group by Ankara, the EU, the US and other countries.

Some 10,000 troops backed by tanks have been deployed in the southeast to try to rout PKK supporters from urban areas, according to local media.

The operation, which has targeted the towns of Cizre and Silopi in Sirnak province as well as a neighbourhood in Diyarbakir, the largest city in the region, began on Wednesday, according to the army.

On Friday, the military also carried out air strikes on PKK "hideouts" and "weapons sites" across the border in northern Iraq, where the outlawed group has its rear bases.

A Turkish soldier was killed in the operations on Saturday, bringing the death toll on the army side to two.

The army said that two schools that had been used by the PKK as hideouts had been rendered inoperable while a stash of arms had been seized in Silopi.

The operations mark a new escalation in five months of fighting between the army and the PKK since a two-and-a-half year truce collapsed in July.

"The terrorists wanted to paralyse daily life in these towns by intimidating inhabitants who they had extorted," Interior Minister Efkan Ala told the state-run Anatolia news agency last week.

He said the authorities had seized 2,240 weapons, 10 tonnes of explosives and 10,000 Molotov cocktails from the militants.

The Turkish government says the operation is needed to eliminate militants who were effectively taking over the towns by building barricades and digging trenches.

But some Kurdish activists and politicians have accused the army of acting with impunity and pounding large parts of the towns to rubble.

"Are you trying to be heroic by sending six generals and 10,000 soldiers against a few PKK [members] in Cizre?", the leader of the pro-Kurdish Peoples' Democratic Party (HDP), Selahattin Demirtas, asked the government.

"By conducting an operation with such an amount of forces, bombing cities, sending soldiers against the people, you only show, in fact, how helpless you are," he told reporters, adding: "We are right and we will win."

His remarks drew criticism from Turkish Prime Minister Ahmet Davutoglu, who accused HDP party members on Saturday of acting as if they were the spokespersons of PKK.

"If what they mean of the struggle is dividing Turkey, we have not let that happen, and will never do so," said Davutoglu.

"The name of this politics is provocation, chaos, blood, and terror," he added.

Davutoglu said that a series of measures will be taken to compensate citizens and businesses who had suffered as a result of "terrorism" and have been forced to flee their homes, adding that students will have extra class time arranged during summer holidays.

The Turkish premier also reiterated his call on Demirtas and the HDP to distance themselves from the actions of the PKK and clearly condemn the militants' violence.

"The priority of the operations carried out in towns of Cizre and Silopi is to ensure the safety of both our security forces and the civilians," according to a statement issued to Anadolu Agency by the Turkish General Staff.

"The operations carried out by the Turkish Armed Forces, gendarmerie and police will continue in the region in a steadfast manner until public security is established," the statement said.

PKK impeding Turkey's fight against IS

A senior Turkish government official said peace talks for a final settlement could only resume once the PKK had fully laid down its arms.

"We need to see concrete results. There must be no single armed element in Turkey," said the official, who asked not to be named.

The official acknowledged that the battle against the PKK was also impeding Turkey's fight against Islamic State (IS) militants.

"We cannot direct our resources against IS in an effective way because of the PKK, especially at border regions."

The official said that Kurdish militants "had learned a lot" from IS while fighting the militants for control of northern Syria. 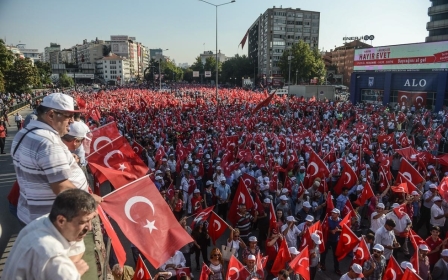