Turkey strikes are 'in response to PKK attacks,' says US

US State Department says Turkey 'above and beyond what we might expect' in dealing with inflow of Syria refugees, fight against IS 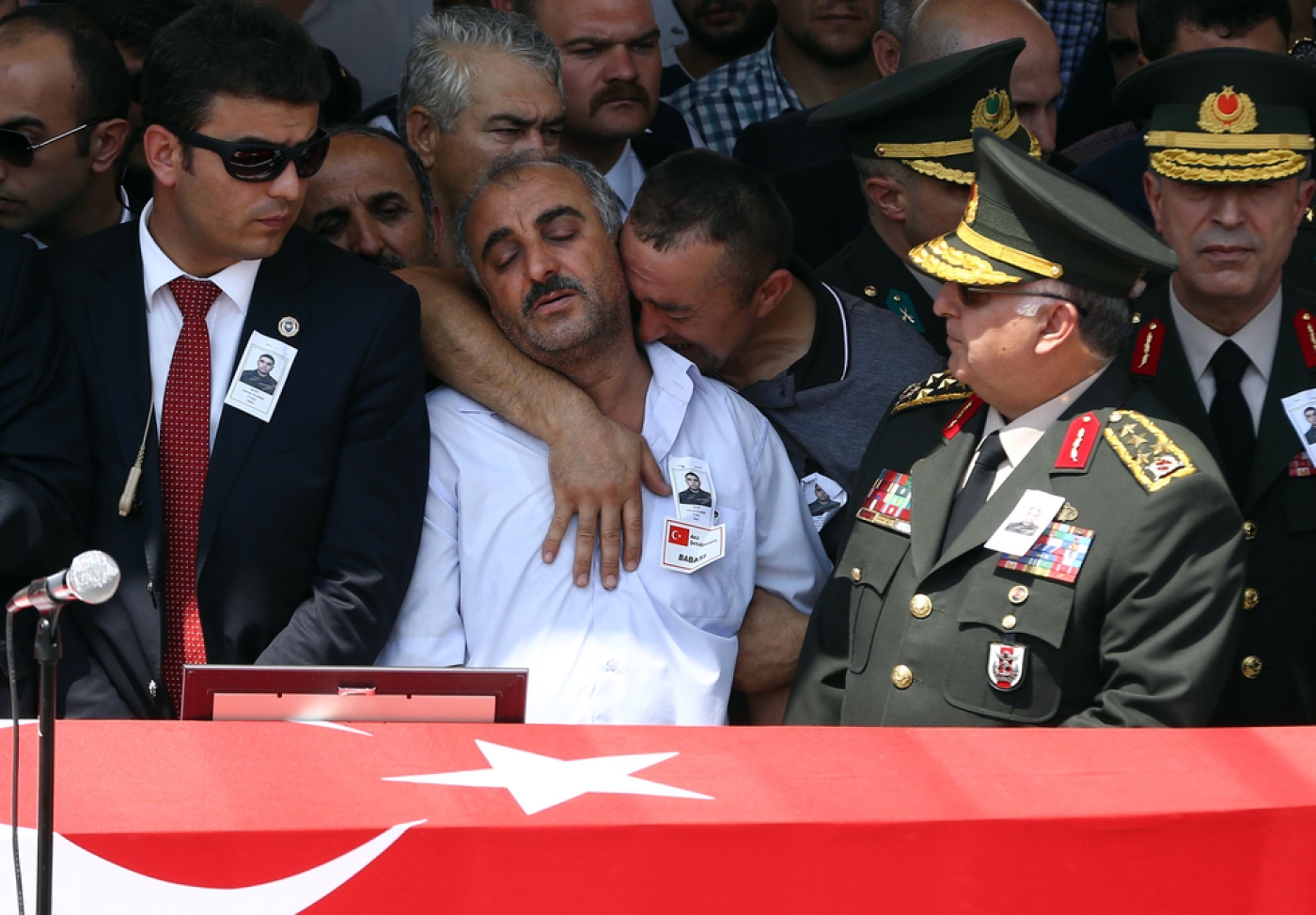 Father (2nd L) of a Turkish soldier – killed by PKK militants - reacting in front of his son's flag-draped coffin during his funeral ceremony at Kocatepe Mosque in Ankara, Turkey on 31 July 2015 (AFP)
By
MEE and agencies

Turkey's military campaign against the Kurdistan Workers' Party (PKK) is a response to the Kurdish militants' attacks on the Turkish army and police, the US State Department said on Monday.

"All of Turkey's strikes against PKK targets has been in response to PKK attacks on Turkish military personnel and police," State Department spokesman Mark Toner told reporters.

"We want to see the PKK stop its attacks. We want to see both sides refrain from violence, and we want to see a return to a solution process that ultimately ends in peace," he added.

The PKK is listed as a terrorist group by Turkey, the EU, and the US, among other countries.

The PKK said its attacks were in response to Turkish complicity in the bombing, which was blamed on Islamic State militants.

Meanwhile, the State Department also noted that Turkey's response to the nearly two million refugees that have crossed its border from Syria and its fight against IS militants have been exemplary.

"Turkey, in terms of combating ISIL and dealing with the inflow of Syria refugees, has been above and beyond what we might expect," said Toner, adding that Ankara is "doing all it can" to combat IS.

The Turkish Air Force launched attacks late on Friday on IS positions considered a threat to Turkey - the first such airstrikes as part of the US-led anti-IS coalition.

A doctor was killed in Turkey's southeastern Diyarbakir province late Monday by PKK militants, a district governor said on Tuesday.

PKK fighters had blocked the main road between the districts of Kulp and Lice near the village of Yaprakli, aiming to conduct identity checks on passing vehicles and reportedly distribute PKK propaganda, Turkish officials said.

Abdullah Birol, a doctor, was on his way from Kulp to Diyarbakir when he reached the road blockade.

He reportedly tried to escape but was killed when the militants shot at his car with long-barreled weapons, according to the officials.

Security forces were dispatched to the crime scene and have launched an operation in the region to catch the attackers.

At least 19 civilians - including three children - have been killed in armed and bomb attacks in Turkey since 7 July, according to the figures compiled by Anadolu Agency.

More than 60 members of the security forces have been killed in the recent flare up of violence, while Turkey says land and air operations in Turkey and northern Iraq have killed more than 900 militants.

Fighting between PKK militants and security forces saw a fragile lull for a two-and-a-half year period from early 2013 in what is publicly known as the "solution process" in an attempt to end the conflict.

The efforts led by the Turkish government were abandoned in June when the PKK renewed its attacks.

According to Turkish security sources, the PKK has forcibly recruited more than 300 children since 2013 into its ranks. 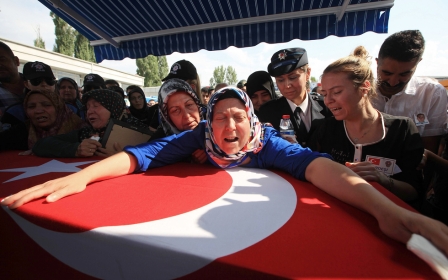