'This is Turkey!': Syrian refugees face the force of growing Turkish resentment 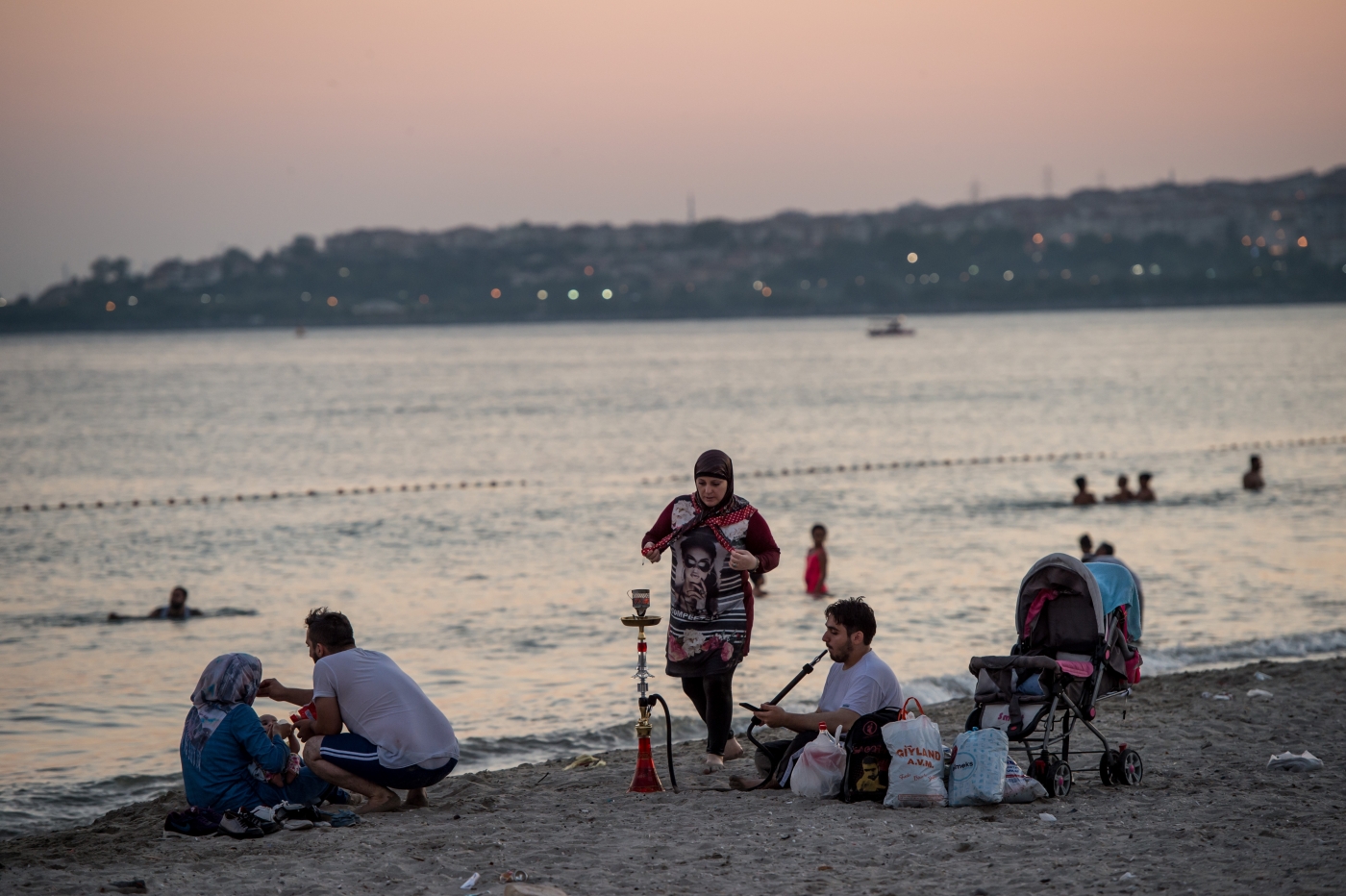 Syrian refugees living in the Istanbul suburb of Esenyurt had, over the years, grown accustomed to low-level harassment from local Turks.

Earlier this year, however, simmering tensions boiled over into full-blown violence as crowds of young Turks attacked Syrian shops, while the owners barricaded themselves inside.

Carrying knives and batons, they told Syrians to get out of their country. "This is Turkey, not Syria!" they chanted.

Twelve people were reportedly injured as a result of the clashes on 9 February, while the footage, released on social media, shocked and enraged a public already growing increasingly anxious about the impact of the more than 3.6 million Syrian refugees in the country.

The ostensible cause of the unrest was a fight between a Turkish and Syrian man after the former allegedly harassed the latter's wife outside his store.

"It was starting to get dark when we heard shouting, crowds from the street started to gather trying to separate and end the fighting," said Mohammad Jabol, a 29-year-old resident who runs a cosmetic store in the area.

As the fight escalated, the Turkish man, furious, "promised to bring his friends".

Soon, dozens of Turks swept upon the scene and began to attack Syrians and their businesses.

The fight continued with knives, as more people got involved.

"Others started to swear, cursing Syria, telling them to leave the country, which ended up in the mass breaking and violating of Syrian shops in a scary show,” said Mohammad.

"After the police came, they couldn’t stop the crowd - reinforcements were summoned to disrupt the mob and arrest a few people’’.

Businesses already struggling due to a lingering financial crisis, and as a result of numerous legal hurdles, will not receive any compensation for their losses.

Mohammad said his shop front was damaged by stone throwers. Other shops, he said, were affected and some had critical damage to their property.

Esenyurt has long had a large community of Syrian shops and enterprises who came to Turkey after their country erupted in war in 2011.

But the area also features a mix of Kurdish and Turkish locals who have increasingly complained that refugees have lowered the standard of living, threatened jobs and wages, and brought a culture alien to Turkey into their city.

Maha al-Tenawe, a Syrian social researcher in Syrian affairs in Turkey, said there had "been a major investment and effort from anti-Syrian activists and parties in Turkey who promote hate and hostility against Syrians".

"I’ve got a few friends in Esenyurt who’ve had to leave their houses due to constant troubles and problematic attitude of many Turks," she said.

Tenawe argued that Syrian refugees in Turkey had actually been a boon for the economy, which has recently faced a severe economic crisis.

"We’re not responsible for the current problems in Turkey, international countries and world powers are the causes of the increase of prices, the drop of currency and so on," she said.

While Turkey's government has taken in millions of Syrians since 2011 and has long professed support for refugees from their neighbouring country, public sentiment has become increasingly hostile, particularly as the numbers ballooned beyond 3.6 million.

A report released in 2017 by the Hrant Dink Foundation showed that after Jews, Syrians were the most frequently demonised minority in Turkish media, just ahead of Armenians.

Syrians have increasingly been associated with a rise in crime in Turkey - which a report released last October by Turkey's Interior Ministry has debunked - while polls have suggested Turks feel that too much money is being spent on the refugees.

Opposition parties have increasingly warned against Turkey's ability to cater to the refugees, with Kemal Kilicdaroglu, leader of the main opposition Republican People's Party (CHP), claiming last year that in “some places like hospitals in Turkey... Turks are treated as second class because priority is given to Syrian refugees”.

Turkish President Recep Tayyip Erdogan's rhetoric has changed as well, as he increasingly promises that following military successes in northern Syrian and negotiations with Russian and Iran, refugees will be returned home.

Mahmoud, another Istanbul resident, said he had to move house in the city to an area more populated with Syrians because he "could feel people aren’t comfortable with us, especially when they know I’m Syrian”.

Mahmoud said he speaks fluent Turkish now, which has made life easier, but he still struggles to fit in.

"I can’t feel I’m welcomed. I feel sometimes despised; that’s why I’m trying to hide my identity and don’t show it," he told MEE. "It's become worse for women and children here - at school, my 13-year-old is still being bullied.

"But, we keep our mouths shut, knowing that nothing will change. Honestly, we’re trying to cope. It's better than going to Syria, I must say."

Omran Bodrom, an Istanbul-based MA student researching Turkish foreign policy at Adana University, said that a false image of Syrians as feckless or exploiting state services had spread in Turkey.

“Most of the claims of living on benefits, or free access to medical care, or unemployment - it's just the opposite," he said.

"Most Syrians are working, paying rent and paying for all services and life in Turkey.”

Bodrom said, that contrary to the perception that Syrians were provided with a cushy life by government subsidies, refugees face increasingly expensive lives, alongside the abuse.

"We can still see a racist aspect sadly in this country, and no one is being held seriously accountable for the tragic consequences of such hate crimes," he added.

Outside of major cities, the situation is often even more febrile, as rising unemployment in poor areas stokes competition over jobs.

Only around 145,000 Syrian refugees reside in 25 government-run camps. Meanwhile, the vast majority live and work in mainstream society, mostly in low-wage, unregistered jobs, without legal status.

Abdoullah Kahled, who lives in southeastern Gaziantep, said he has felt increasingly unwelcome.

"I don’t want to sound racist, but people from the Alevi or Kurdish ethnicity don’t like us at all," he said, referring to members of the heterodox Islamic sect that makes up about 30 percent of the population of Turkey.

'I don’t want to sound racist, but people from the Alevi or Kurdish ethnicity don’t like us at all'

"Their young men especially have an aggressive attitude towards Syrians.”

Abdoullah, a 35-year-old who has lived in Turkey for the past four years, said he had warned his three young children not to take to heart the bullying that came as part of their daily life in the city.

"Last December, we had a mob of young men of Turks smashing up properties and shops that belong to Syrian owners, after a minor fight," he said.

"This has become quite frequent recently and seems to be fed and raised from some people in Turkey who don’t want us to live here.”

Europe's reluctance to accept Syrian refugees led to a March 2016 deal between the EU and Turkey which said that every Syrian refugee arriving without official permission or passage to the Greek islands would be returned to Turkey.

In exchange, EU member states would each take a Syrian refugee from Turkey for every Syrian returned from the islands and the Turkish government would receive €3bn in financial support from the EU to put towards improving conditions for refugees.

The deal has been criticised by human rights activists including Amnesty International which said in a 2017 report that the agreement was falsely premised on the idea that Turkey is safe for refugees and asylum-seekers.

Neze Ozgen, a migration researcher in Turkey, said she believes Turkey's status as a safe country for refugees should be reviewed. "Turkey's refugee policy is extremely weak, incorrect and even inhumane," Ozgen told MEE.

In February, Erdogan said that Turkey had spent $37bn on Syrian refugees since 2011. Speaking in Istanbul at the 6th Ministerial Conference of the Budapest Process on Migration, the president warned that Turkey could no longer shoulder alone the burden of the refugee crisis, which has been raging now for around a decade.

“In case of a new refugee wave, we can’t withstand this alone anymore,” he said.

“Keeping the refugees within our borders can’t be seen as the only solution to the problem that originates from Syria." 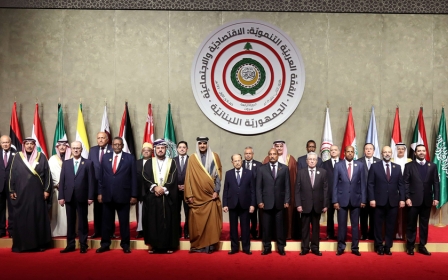 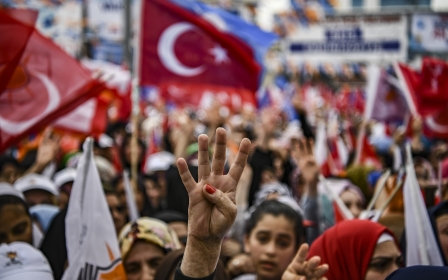 Politics
Ece Temelkuran: Turkey's right-wing populism and its lesson for the world 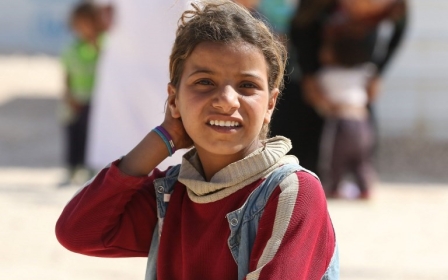