Turkey quickly gets into fight with Biden over Osman Kavala “The specious charges against Kavala, his ongoing detention, and the continuing delays in the conclusion of his trial, including through the merger of cases against him, undermine respect for the rule of law and democracy.”

A Turkish court acquitted Kavala a year ago of charges regarding the 2013 Gezi Park protests. However, a subsequent arrest warrant over his alleged role in the 2016 coup attempt was issued.

A higher court later overturned his acquittal on the protest charges. A separate court ruled last week to combine these two cases, which is interpreted by Kavala’s lawyers as an attempt to prevent his quick release. Kavala has been behind bars for more than three years.

'The specious charges against Kavala, his ongoing detention, and the continuing delays in the conclusion of his trial, including through the merger of cases against him, undermine respect for the rule of law and democracy'

The State Department also urged Ankara to abide by European Court of Human Rights rulings and ensure a just and speedy resolution of the case.

President Joe Biden is yet to engage with his Turkish counterpart Recep Tayyip Erdogan since last month's inauguration, and other US officials with the exception of the National Security Adviser Jake Sullivan have shied away from calling Ankara.

The US reaction was considered a further signal that the Biden administration will press Ankara over human rights issues more strongly than the Trump administration did.

Biden emerged as a fierce critic of Erdogan in 2019 over Turkey's offensive against US-backed Syrian Kurdish armed groups and the Turkish president's domestic politics.

Ankara responded to the State Department on Thursday, saying Turkey is a country of law and no one can issue orders to courts on their rulings.

“The proceedings related to Osman Kavala are carried out by the independent courts. Everyone has to respect the process,” the foreign ministry said.

The ministry said Ankara was maintaining its contacts over ECHR rulings through the Council of Europe and providing the necessary information regarding the case. It added that it was “unprincipled and inconsistent” for the US to intervene in a legal process in Turkey while “making legal excuses” for refusing Ankara’s extradition request for Fethullah Gulen, who is accused of masterminding the 2016 coup attempt. It was also noteworthy that the Biden administration also made a point about the charges filed against the US-based political scientist and Turkey expert Henri Barkey in the State Department statement.

“We also note with concern US citizen Dr Henri Barkey’s inclusion in these unwarranted court proceedings. We believe the charges against Dr Barkey to be baseless, and we call on Turkey to resolve his case in a just, transparent, and rapid manner,” the State Department said.

Kavala was charged with attempting to overthrow the constitutional order in collaboration with Barkey, who has denied the allegations as “completely fabricated”.

The two Nato allies have disagreements on a wide variety of issues, from Ankara’s purchase of the Russian-made S-400 missile system to the US alliance with a Kurdish militia in Syria.

Turkish Defence Minister Hulusi Akar signalled on Tuesday that Turkey was ready to take a step back in its dispute with the United States over Russian-made S-400 missiles. 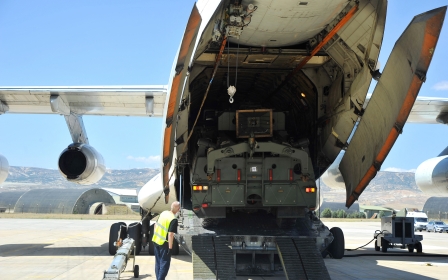 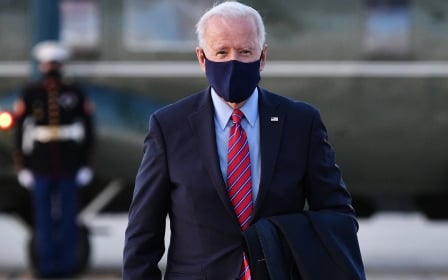