US notified Turkey about warship deployment in the Black Sea, Ankara says 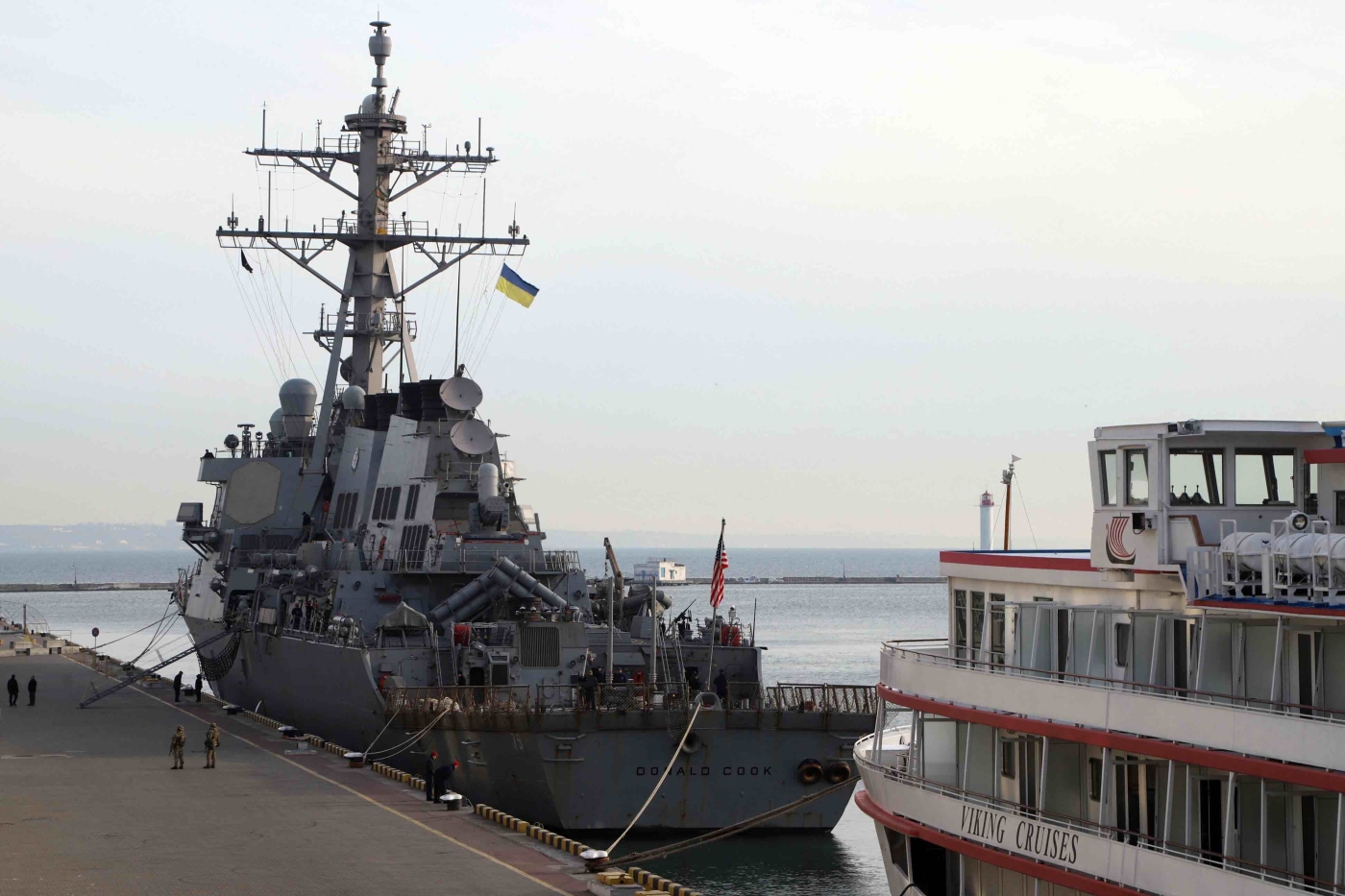 Missile destroyer USS Donald Cook in the Black Sea port of Odessa, from where it took part in exercises with the Ukrainian navy, in February 2019. (AFP)
By
Ragip Soylu
in
Ankara

The United States has notified Turkey that it intends to deploy two warships to the Black Sea amid rising tensions with Russia, Turkish foreign ministry sources said on Friday.

Washington made the notification just over two weeks ago, as required under the Montreux Convention on passage through the Bosporus and Dardanelles straits.

The warships will stay in the Black Sea until 5 May.

"One US warship will arrive on 14 April, and another on 15 April to the Black Sea. And they will leave on 4 May and 5 May, respectively," a source in the Turkish foreign ministry said.

A CNN report earlier on Friday said that the US was considering sending warships into the Black Sea in a show of support for Ukraine, in response to Russia's increased military deployments on the country's eastern border.

"The US Navy routinely operates in the Black Sea, but a deployment of warships now would send a specific message to Moscow that the US is closely watching," a US defence official told CNN.

The official added that the US Navy has been flying reconnaissance aircraft in international airspace over the Black Sea to monitor Russian naval activity and troop movements in Crimea. The US officials, according to CNN, don't see any Russian posturing for an offensive action yet continue to prepare for any eventuality.

Russian-backed separatist rebels have clashed with Ukrainian forces in the east of the country for several years. A recent killing of four Ukrainian soldiers by a separatist shelling last month increased tensions in the area. The Kremlin warned on Friday that Russia could end up going to war with Ukraine if hostilities continued to rise.

"The escalation of tensions in the southeast of Ukraine justifies the measures Russia is taking," Kremlin spokesman Dmitry Peskov told the media on Friday.

"The trend in the behaviour of the Ukrainian side creates the risk of a resumption of full-scale military action." 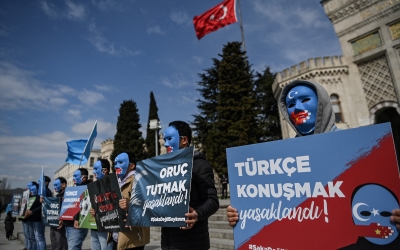 Ukraine's military, on the other hand, said the current Russian build-up was not particularly alarming.

"This does not mean that our country is being encircled. The situation is under control," the Ukrainian army commander, Ruslan Khomchak, said on Friday.

Turkey, a Nato ally, has a complicated relationship with both Ukraine and Russia. Ankara doesn't recognise the annexation of Crimea by Russia and has deep defence ties with Kiev, which include joint projects on producing Turkey's famed armed drones with Ukrainian engines. Ankara recently sold a number of TB2 Bayraktar armed drones to Kiev that could be used in a confrontation with Moscow.

Although Turkey has been fighting against Russia indirectly, from Syria to Libya and Azerbaijan, the two countries enjoy a friendly relationship, and Turkey has bought S-400 missile defence systems from Russia in recent years.