Turkey's ambassador to Baghdad tells MEE he fears an energy crisis in the summer, with Iraq heavily reliant on Iranian gas 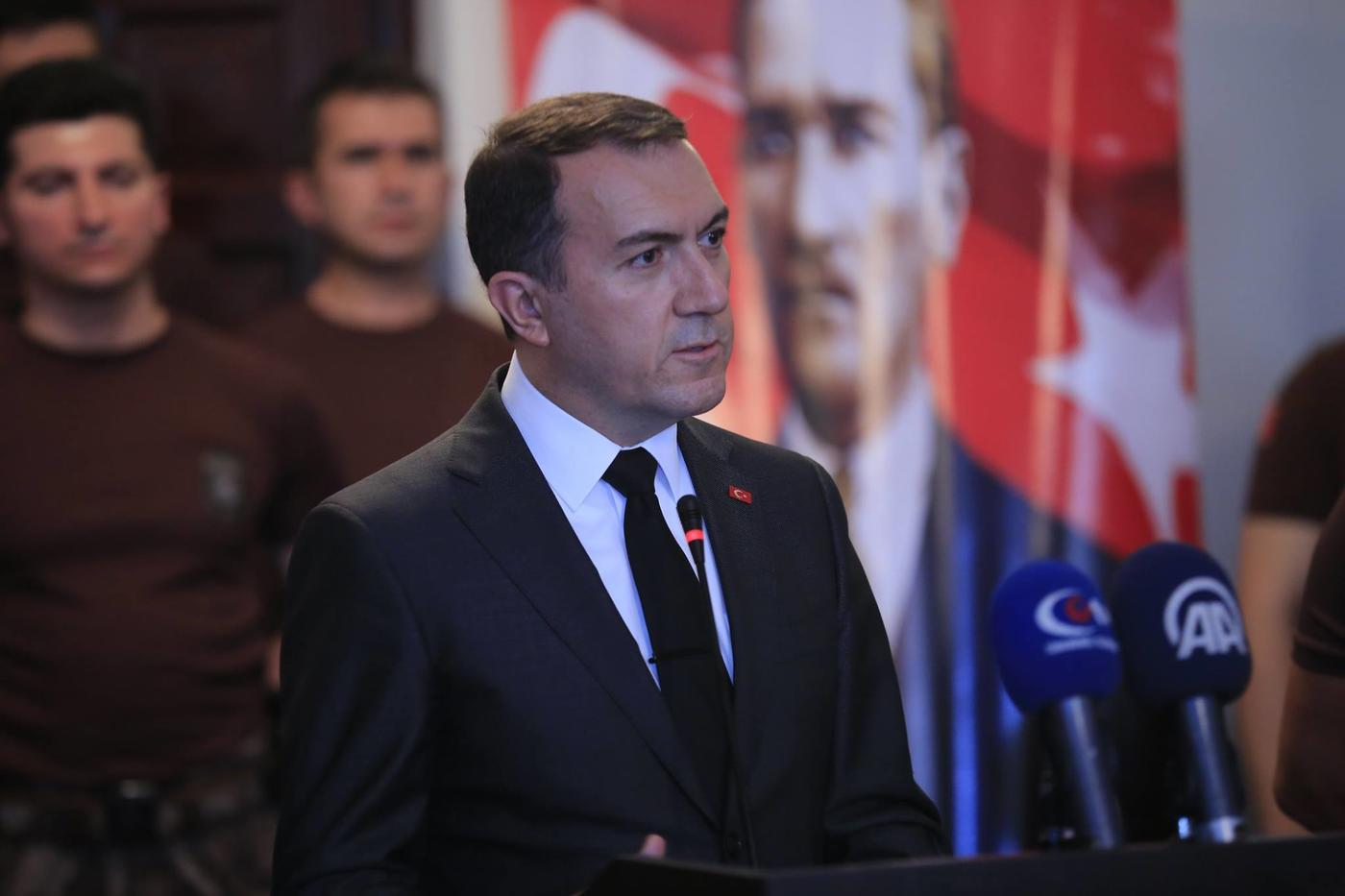 Turkey is increasingly concerned that sanctions against Iran could jeopardise the fragile stability in Iraq, the country's ambassador to Baghdad has told Middle East Eye in an exclusive interview.

Pointing out how dependent Iraq was on now US-sanctioned gas and electricity from Iran, Fatih Yildiz said: "People here are worried that sanctions could lead to an energy crisis in the summer. "This could lead to the repeat of the demonstrations that happened here last year," the Turkish ambassador said, referring to deadly Basra protests that started in large part due to the deteriorating quality of basic services in the country.

The protests which continued for several months, saw demonstrators setting fire to government buildings, the Iranian consulate and the offices of pro-Iran militias.

Iraq's electricity ministry said in April that it had no alternative to replace the imports of Iranian gas, which Baghdad relies on heavily to power its national grid.

US President Donald Trump administration granted a 90-day waiver to Baghdad in March, which is due to expire in the middle of June.

Analysts predict that Washington will not extend the waiver next time.

Turkish officials believe recent tensions between Iran and the US have also added to the problems Iraq is facing today, again increasing the likelihood of social unrest.

A recent US military build-up in the region has included the deployment of an aircraft carrier, B-52 bombers and 1,500 additional troops, to counter what Washington described as "credible threats" from Tehran. Some speculated in the past that Turkey could act as a mediator to bridge the differences between the US and Iran, however Yildiz said there was no such track yet.

In the last two weeks, both Mahdi and President Barham Saleh have visited Ankara signalling a closer relationship between the two countries.

On Wednesday, Iraq repatriated 188 children of suspected Islamic State fighters to Turkey, a small step in lightening the burden put on Baghdad by its various conflicts.

Recently, Turkey and Iraq have tried to work together on two main areas.

Firstly, military cooperation against the Marxist militant group the Kurdistan Worker's Party (PKK), which has its headquarters in Iraq's Qandil mountains and has been waging a war against Ankara for more than 30 years.

"Sinjar and Makhmur, where there is a considerable PKK presence, are now controlled by the Iraqi government," Yildiz told MEE. "We already have an ongoing understanding with the Kurdistan Regional Government in the north.

"We need a seperate dialogue with Baghdad to contain this threat. There are more than 5,000 PKK affiliates in Sinjar."

Iraq's central government is having a hard time managing the Iran-backed Popular Mobilisation Forces (PMF), which effectively control the areas surrounding the disputed city of Kirkuk and Sinjar.

However, it isn't clear whether Baghdad can deliver what Turkey wants.

"We would like to discuss all of this with our Iraqi counterparts and create an actionable plan," he said.

The second main area of cooperation between the two countries has been over water.

Baghdad has been complaining that massive Turkish dams on the Tigris were causing lower flow rates in the summer and therefore causing a water crisis and harming farms.

"Iraqis are purely focusing on the river Tigris. We increased the water capacity last year but it didn't resolve the problem," said Yildiz.

"We should focus on how Iraqis are using the water. We have a great deal of experience on the issue due to similar problems we had in the past. We would like to help."

The ambassador believes Ankara should grant $1bn worth of low-interest credit specifically to help Iraqis to recover their irrigation systems and build a conscious and efficient water management culture.