Turkey's economy slips into recession, according to new figures 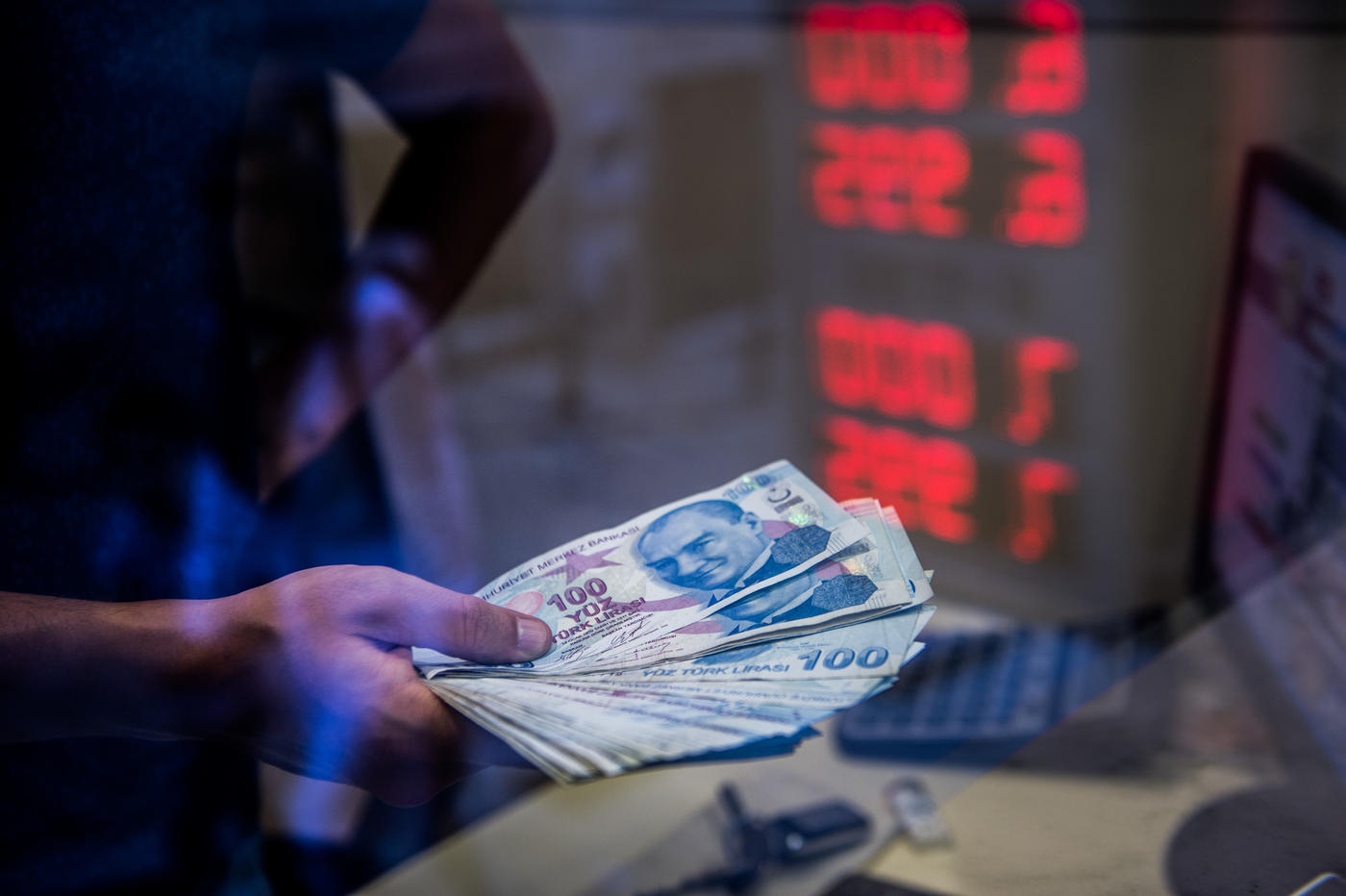 New figures show Turkey's economy went into recession in 2018, even as the country's finance minister claimed the worst of the economy's woes were behind it.

The Turkish Statistical Institute said on Monday that the country's economy shrunk 2.3 percent in the last quarter of 2018.

This followed a 1.6 percent drop the previous quarter, meeting the technical definition of a recession.

Turkey's economy has been in crisis for over a year. The value of the lira plummeted in 2018, coinciding with a trade war and diplomatic spat with the US, while unemployment and inflation have risen.

In the run-up to local elections on 31 March, the government has instituted policies to mitigate the worst effects of the crisis, including opening government-backed grocery shops and loan guarantees for businesses.

Despite the gloomy news, Finance Minister Berat Albayrak said he believed the worst was over and that he expected the economy to have returned to growth by the end of 2019.

However, Ibrahim Turhan, former CEO of the Istanbul Stock Exchange, tweeted that it was highly likely that economic contraction will continue in the first quarter of 2019.

“Despite the comparative firmness in the exchange rate and regression in the interest rates, initial data suggests that it is possible that economic activity in 2019 Q1 would be worse than the previous quarter," he wrote.

The lira lost around 30 percent of its value in 2018, belatedly prompting the central bank to raise interest rates, making borrowing more expensive.

Last month he said that a victory for his Justice and Development Party (AKP) in the local elections would be a rebuke to Turkey's enemies.

"We will snub those who are attacking our economy,” he said at a rally in the southwestern Mugla province.

Economist Cuneyt Paksoy told Middle East Eye that, considering everything that had gone on in Turkey over the past year or so, the overall annual growth rate in 2018 could be considered a success.

"However major financial institutions such as the IMF, OECD and World Bank expect a global recession in 2019 which will have a negative impact on the Turkish economy.”

“Since there is a negative GDP output in the last quarter of 2018, the central bank might lower interest rates based on inflation data and market conditions," he explained.

"The Turkish government will focus on building up a manufacturing intensive economy this year.”