Turkey may rank 157 in a world press freedom index, but that isn't stopping broadcasters from Russia, China, Germany and others setting up shop At a time when press freedoms are regularly described as under threat and investment in the shaky Turkish economy is no sure bet, foreign media companies could be expected to avoid the country.

Instead the opposite is true.

A swathe of often state-backed foreign media outlets have begun expanding their output in Turkey, with Chinese, German, Russian and Azeri companies establishing radio stations, websites, online portals and even a news channel in recent years.

Germany's state-funded Deutsche Welle Turkce opened up a bureau in Istanbul last year, launching an online news portal that produces articles and videos. Plans to launch a Turkish-language TV station are also on the way.

This comes despite media watchdog Reporters Without Borders ranking Turkey 157 out of 180 countries in its 2018 press freedom index.

Alper Gormus, a prominent Turkish media critic, said that the Turkish public depended on outlets such as Russia's Sputnik Turkiye, the UK's BBC Turkce or Deutsche Well Turkce because trust in government-controlled media was extremely low. 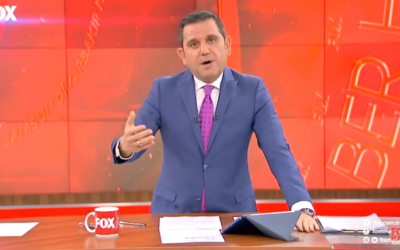 “The conditions are very similar to post-coup Turkey in the 1980s in the sense that the majority of the media is supporting the government," he told Middle East Eye.

"Ironically, government supporters themselves don’t read pro-government newspapers. Best-selling newspapers lost their circulation after they were seized by government-friendly businesspeople."

A male taxi driver in his 40s, who constantly kept China's state-owned CRI Turk radio on despite all the stories about Chinese President Xi Jinping, told MEE he was happy with it.

“At least there is news on this one. Other ones wouldn’t even bother,” he said.

Even Azerbaijan is in the game. One source with knowledge of the initiative told MEE that the Global Haber news channel was established by Baku-based Global Media Corporation last year after receiving a direction to do so from Azerbaijan's government.

“Actually it all makes sense. Compared to the situation a decade ago, Turkey is a more important player," said the source, a veteran Turkish journalist who preferred to stay anonymous.

“Foreign governments want to influence public opinion. Azerbaijan is planning to invest $20bn in Turkey in the next few years. SOCAR [Azerbaijan State Oil Company] has already spent billions of dollars for Star Oil Refinery. They want to protect their interests.”

Foreign companies make media investments in Turkey to propagate their point of view and take part in domestic political debates, he said.

Do you really believe The Independent Turkish is getting founded just to provide objective information to Turkish citizens?

“Do you really believe The Independent Turkish is getting founded just to provide objective information to Turkish citizens? As with any other media outlets, foreign ones also represent an interest group," he said.

A report by US government-funded think tank the Rand Corporation said last year that Sputnik Turkiye and other Russian media outlets were trying to undermine NATO by fomenting mutual suspicion between Turkey and its Western allies, enlisting Ankara’s support and impeding its opposition to Russian actions in the Middle East.

According to the Rand Corporation, Russian media reports on Turkey turned sharply against the country after the Turkish military shot down a Russian Su-24 bomber that had entered Turkey's airspace in November 2015.

“Russian outlets began aggressively crafting narratives that portrayed Turkey and its leaders as supporters of terrorism that funded ISIS through illegal oil purchases," it said, referring to the Islamic State group.

For example, Sputnik Turkiye published an article on 2 December 2015 with the headline “Russia: Erdogan and His Family Directly Involved in ISIS’s Illegal Oil Shipment in Syria”.

Yavuz Oghan, an experienced journalist who now presents an evening talk show on Sputnik Turkiye radio, said he had never received any command or direction from his superiors.

“There was even no pressure or any attempt to influence my shows during the crisis. I could get anyone as a guest to my show if I saw a legitimate news story," he told MEE.

“I told people at Sputnik that if they want to hire me, they had to give me editorial independence. They have kept their promises so far, which gives them some credibility anyway.”

The spat in 2015 wasn't the last time Sputnik's editorial stance has drawn a debate on its editorial position. It arose again during the constitutional referendum held by Turkish President Recep Tayyip Erdogan’s government in 2017.

Even though Turkey and Russia were quickly repairing ties, Sputnik Turkiye had a line that propped up the “no” campaign, which was at odds with the Turkish government, according to a Washington-based Atlantic Council report on the subject.

The report said one of the explanations for this approach could be "a desire to draw readers to Sputnik Turkiye”.

"As Turks look for fresh perspectives and alternate sources of information in a tightly controlled media environment, Sputnik Turkiye draws readers in through its shockingly open coverage on domestic issues," it said.

A former Sputnik Turkiye employee, who spoke on condition of anonymity, said the Russian outlet was critical of the Turkish government because most of the journalists who worked there were dissidents, while some lost their jobs in the past due to government pressure.

“Also, if you like to reach a wider audience, you have to be critical. Believe me, there was no order or anything. We all personally opposed the Turkish government and crafted the stories in this way,” the employee told MEE.

Other outlets, such as Germany's Deutsche Welle Turkce, have also taken a generally critical line. Prominent journalist Nevsin Mengu, whose newscasts on YouTube are watched by thousands of Turks, has recently joined its ranks.

Mengu is known for her outspoken style. DW Turkce, which announced last fall that it was planning to establish a  Turkish-language news channel, is currently focusing on the economic prices such as soaring inflation rates and alleged human right violations.

Taner Dogan, an assistant professor of media and communications at Istanbul-based Ibn Haldun University, told MEE he believed that Deutsche Welle Turkish’s editorial line was based on an anti-Turkey narrative.

“Despite highlighting values such as freedom of expression, respect and human rights in their principles, stories they cover on their Turkish platform mainly represent a critical and populist perspective which is far from an impartial news coverage,” he said.

Although Dogan believes that mainstream media in Turkey is dominated by pro-government sources, he claimed that digital news platforms were offering a diverse tableaux.

Because of large numbers of unemployed journalists, the labour cost is also very low

Similarly, BBC Turkce, which has been broadcasting since 1939, is known for an editorial style perceived to be critical of the current Turkish government. One former BBC Turkce employee, who spoke on condition of anonymity, alleged that the Turkish service wasn’t upholding BBC standards, and wasn’t following general guidelines.

“There is this sense that stories edging on activist journalism have been regularly published because they think it will generate traffic,” the employee said.

BBC Turkce has more than 3 million followers on Twitter.

Another story in early 2018 which said that Turkish forces hit a hospital in Syria’s Afrin also created an uproar in Turkey after it was proven to be false by the Turkish military with a video showing the area. BBC Turkce subsequently also published the video.

Caglar, the SETA analyst who is also preparing a report on the subject, criticised BBC Turkce for being opaque about its staffing and operational information. “They didn’t even want to acknowledge with how many people they have in their staff.”

Ali Duran Topuz, the editor-in-chief of independent news portal Gazete Duvar, told MEE that the current media structure in Turkey made it easier for foreign-owned outlets to operate.

“It could be also financially profitable for the investors. Fox, for example, is mildly criticising the government and it posts profit. Because of large numbers of unemployed journalists, the labour cost is also very low," he said.