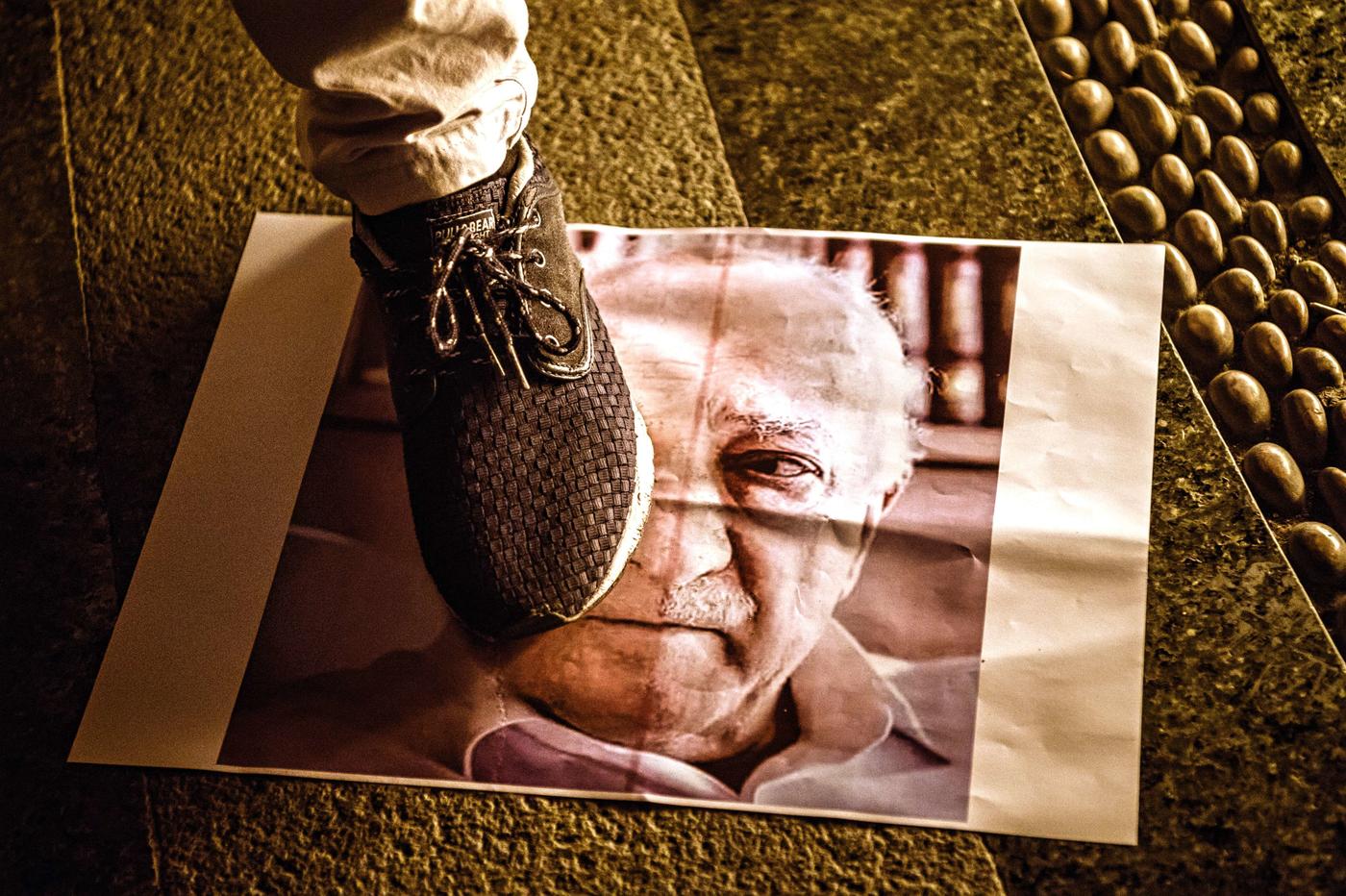 ISTANBUL, Turkey – Ali Turksen was hailed as a national hero for years - until he was unceremoniously imprisoned in 2011.

As the commander of an elite Turkish underwater commando unit, he had led the operation on the Aegean island of Kardak in 1996 during a crisis which almost led to armed confrontation between Ankara and Athens.

But in 2011, the staff colonel was sentenced to 16 years in prison for his alleged involvement in Operation Sledgehammer. The coup plot allegedly sought to lay the groundwork for a military takeover by bombing mosques in Istanbul and accusing Greece of downing a Turkish jet in the Aegean.

More than 80,000 people are estimated to have been arrested, dismissed or suspended from their jobs since the crackdown began

More than 200 people were imprisoned for their involvement, based on evidence which Turkey’s constitutional court later deemed to be mostly fabricated. Turksen was released in June 2014 after serving three-and-a-half years of his sentence.

Now he reflects on the 15 July coup attempt – and the irony that many of the victims of the current purge have themselves previously persecuted others.

More than 80,000 people are estimated to have been arrested, dismissed or suspended from their jobs since the crackdown began in July. These include soldiers, civil servants, academics, governors, prosecutors, judges, businessmen, diplomats, prison guards, football officials, even forestry officials.

Many have had their assets frozen or confiscated shortly after their arrest or dismissal, although authorities promise that all those found innocent will eventually be allowed to return to work and clear their names.

The fall of a hero

Turksen recalled that, despite all his appeals, there was nothing he and his colleagues could do in 2011 because the followers of Fethullah Gulen had infiltrated deep into the armed services. It was simply impossible to get anyone to listen.

“Of course I had suspicions about what was going on and who was behind it,” he said. “But all my pleas fell on deaf ears. No one at any level of the military chain of command ever came to our defence at all at any time.”

Gulen - who lives in self-imposed exile in the US - and his followers in the Hizmet movement are accused by the Turkish government of being behind this summer’s coup attempt. It is also alleged that they infiltrated state institutions for decades, trying to create conditions whereby they could topple the country’s constitutionally legitimate system. Ankara has asked that Gulen be extradited from the US.

But Turksen said it was no secret that the Gulenist movement was rooting out everyone it opposed, something he had discussed with his colleagues and family even before he was arrested in 2011.

“Apart from my young son, I spoke to my family and close friends about this. How do you explain Fethullah Gulen and this conspiracy to a young boy? For a long time my wife and I decided not to tell him that I was in prison. My wife just told him I was away on work-related business.”

Baris Pehlivan, an investigative journalist and currently editor-in-chief at the Turkish OdaTV news site, also spent 19 months in prison on trumped-up charges after he was imprisoned in 2011. It was alleged that he had links to Ergenekon, the name given to a supposedly secretive group which was allegedly seeking to topple the government.

“We were the only news organisation willing to publish that the whole Ergenekon investigation was a Gulenist conspiracy from the very beginning,” Pehlivan told MEE. “We published the evidence that all these supposed coup plots they were inventing were fake, when no one was willing to mention Fethullah Gulen out of fear that they would face reprisals.”

A court later ruled that the evidence used to charge Pehlivan and his colleagues had been planted on their computers by Gulen affiliates.

How the Gulenists made their mark

For Nuray Mert, a political scientist and commentator at the Cumhuriyet newspaper, the scale of the Gulenist infiltration into various state structures comes as no surprise, given that the process began during the 1950s and 1960s at the height of the Cold War, and has continued ever since.

She described it as a systemic infiltration that the state accepted with open arms. “This was not a one-sided infiltration. This was a reciprocal action. The Gulenist infiltration was welcomed by the state as well, especially after the military regime took power following the 1980 coup.”

'The Gulenist infiltration was welcomed by the state as well, especially after the military regime took power following the 1980 coup'

At the time the Gulenist movement – just like various Islamic groups across the region – was supported by the Turkish state and the US especially, Mert said, as it served a dual purpose.

“It served as a bulwark against communism and left-wing movements on the one hand, and also against other anti-Western Islamic political movements inspired by the Iranian revolution on the other.”

Mert said that Turkey’s post-1980 military regime encouraged, even aided, the installation of Gulen’s followers throughout state institutions because both had adopted the same ideology: to promote a Turkish-Islamic synthesis to defeat their then-perceived enemies.

She added that until the 1990s, the Gulenist movement, with its supposed pro-Western stance, was regarded as the perfect counterweight against more radical Islamic groupings, such as the National View (Milli Goruş) movement, which had inspired by the Iranian revolution.

National View was founded by former prime minister Necmettin Erbakan, who was banned from politics by Turkey’s constitutional court after he disregarded the separation of state and religion.

Turkish president Recep Tayyip Erdogan and a large segment of his AKP Party also have their roots in the same National View movement.  Yet when the AKP came to power in 2002 and established its first government in 2003, it formed a key alliance with the Gulenists so as to target its secular and Kemalist adversaries within state structures.

It was only in 2013 - after alleged Gulenists in the police and judiciary launched a major corruption probe into President Recep Tayyip Erdogan and his close circle - that the government and Hizmet became arch enemies. The government called the corruption probe a coup attempt and blamed the purges carried out against secularists and military staff in previous years on Gulenist elements.

How much was the AKP to blame?

Yet despite blaming Gulenists for what happened to himself, Turksen will not allow the AKP to exonerate itself for past misdeeds, as it is currently doing by pinning the blame for every past incident on Gulen.

“I was locked up for three-and-a-half years,” he said. “And the Gulen movement alone is not responsible for this. It was the AKP and the Gulen movement who happily joined hands and targeted me and my colleagues. I am not willing to forgive them for that. They were the ones in power approving it all.”

Pehlivan agrees. “The Gulen movement was behind the planning and implementation of all these fabricated cases, but none of them could have been carried out without a political green light from the AKP.”

He has no doubt that the vast majority of the 15 July plotters were Gulenists but said that a handful of opportunists, looking to benefit from a power grab, were also involved.

“Most of those arrested are names that we said were Gulenists long before the coup attempt,” he said. “Many have admitted as much in their statements to the police as well.”

Pehlivan thinks the wide-ranging arrests and dismissals of public employees are justified but that the manner of the crackdown is problematic.

“The state has to be cleansed of everyone who might take action from within to benefit the Gulenist movement. But I am also seeing this post-coup atmosphere being exploited and people with no links whatsoever to Gulen being purged. If the fight against Gulen turns into a campaign to silence all opposition then I am definitely against it.”

Pehlivan said that due process, concrete evidence and fair trials are vital when bringing Gulenists to justice. “The Gulen movement made a mockery of the judicial process during its own witch hunts. If the process to try them is not transparent and clean it will just end up exonerating a very criminal organisation.”

Turksen, for his part, fears that current crackdown is only feeding a vicious cycle. 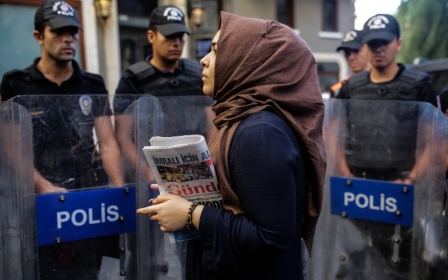 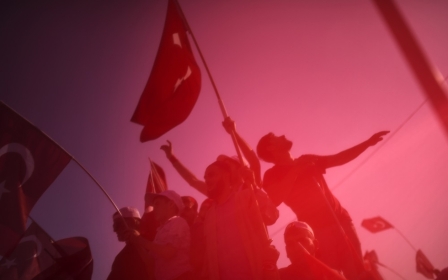 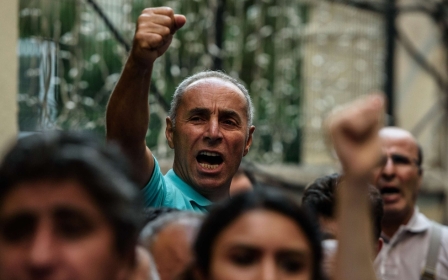