The Republic strikes back: How Turkey defeated coup attempt

Ertan Aydin
The coup failed because the Turkish people acted like true Jedi Knights of democracy, resisting the tanks and bullets of Gulen’s Hizmet Army 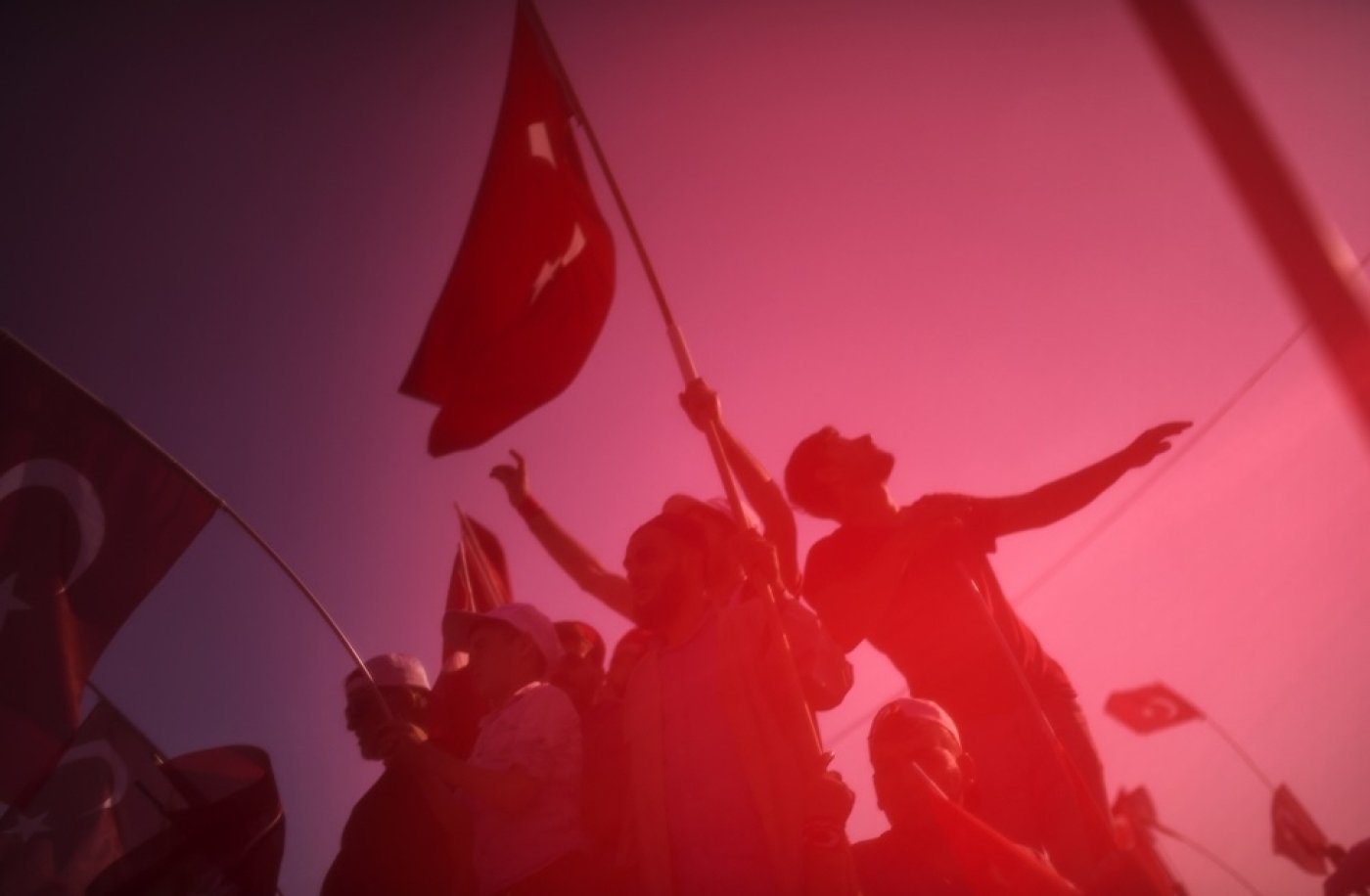 The details of Turkey’s 15 July coup attempt show a surprising resemblance to the plot of the Star Wars films. If the uprising had been successful, then this article would have been titled The Revenge of the Sith.

For more than a decade, Fethullah Gulen acted like a religious cleric version of the Star Wars character Chancellor Palpatine, the evil Sith Lord. Initially, Palpatine claimed to be defending the Republic - until he revealed his true identity as the enemy of the Republic and the leader of the Empire.

Similarly, Gulen also outwardly appeared as a promoter of democracy, republicanism and moderate Islam. His hundreds of thousands of followers claimed that their religious conviction made them serve the people of Turkey and the republic, becoming public servants in the security forces, judiciary, intelligence agencies, educational sector, media and military.

Just as Palpatine had an army of clones (who eventually evolved into Stormtroopers), so Gulen’s followers claimed to be the Army of Hizmet, a movement that would defend democracy from secularist and Kemalist coups, as well as prove that Islam, secularism and modernity were all compatible.

But on 15 July, Gulen’s Hizmet Army members in the Turkish military services did the exact opposite by attempting a well-planned coup, including intervening militarily against Turkish democracy, bombing parliament and trying to assassinate the elected president of the Turkish republic.

Gulenist coup plotters assumed and hoped that supporters of Turkey’s opposition parties would come to their “dark side” because of their anger against Erdogan. In their statement, the plotters presented a secular republic under threat from an Islamist president, supposedly to inflame rage among opponents of the governing AK Party government and turn them into something akin to Darth Vader.

Yet the opposite happened.

How Gulenists coordinated their preparations

Turkey’s opposition parties - including even the most staunch critics of Erdogan and the AK Party - refused to endorse the dark force of Gulen and instead rejected the divisive narratives of Gulenism. This was the day when Turkish people became fully convinced of the daring totalitarianism and sinister planning of Gulen, and the messianic terrorism of its Hizmet movement.

Contrary to common misconception, the coup was not poorly planned. Rather, it was the best planned coup in modern Turkish history

Contrary to common misconception, the coup was not poorly planned. Rather, it was the best planned coup in modern Turkish history, relying on coordinated preparation by Gulen followers in civil society, social media and the bureaucracy. Gulen’s civilian followers were ready to help their military comrades the next morning if the coup were to succeed.

On the one hand, they acted like sleeper cells within military ranks, ready to fight like Agent Smiths in the movie The Matrix when given their orders. On the other hand, Gulen's followers have been working hard, in alliance with parts of the Turkish opposition, to depict the government as an example of Islamist authoritarianism, led by a dictator president and allegedly helping IS in Syria, so that the coup would gain international support from the West.

The Turkish people were not even aware that there were that many Gulenist officers, hiding their true identity from the public, in the higher ranks of the military.

The coup failed because the people acted like true Jedi Knights of democracy, resisting the tanks and bullets of Gulen’s Hizmet Army, and reclaiming both democracy and republic through their brave acts and sacrifices.

Since Gulen followers are not clones, the Turkish public has been asking what made them so dedicated to messianic worship of their leader, as well as how they were able to use other organisations and people for their own purposes.

Now the public is shocked to discover that almost 90 percent of the students at military academies were Gulen followers as well. This was clearly not a result of hard work, superior intelligence and diligence on the part of their members. Instead we are finding out about systematic fraud, whereby public service exam questions were leaked to Gulen’s followers to inflate their representation and power within government bureaucracies.

Moreover, non-Gulenist students and bureaucrats were either blackmailed to cooperate or forced out of their jobs by forged criminal cases, thanks to Gulenist judges and intelligence officers. Both Erdogan and other AK party officials have now apologised to the Turkish people because they did not do enough to detect and stop this movement - which they once regarded as an ally in the democratisation process - from 2002 to 2013.

We may soon see Turkey’s opposition parties and liberal intellectuals expressing similar regrets about their willing - or unwilling - cooperation with Gulenist groups against Erdogan and AK party governments since December 2013.

Two major opposition parties are now fully supporting the government’s efforts to fight against Gulen terrorism in Turkey. All of these parties realise that Gulenists used their ideologies as a mask to empower their messianic movement.

The international support for Gulen

Gulenist attempts at overthrowing a democratically elected government were not simply based on the power of his followers in the army. The coup plotters also counted on international support for their actions because they were convinced that the strong anti-Erdogan mood and convictions of the European and American media and politicians would make their new government acceptable to the West.

Thus, the coup proclamation read on Turkish National Television channel on the evening of 15 July promised a return to true democracy and the restoration of human rights in the country, before pledging Turkey’s commitments to all of its international obligation and alliances.

In many ways, the coup plotters agreed with American and European media depictions of Erdogan as an Islamist dictator. They were promising to be rid of him and restore a true democratic and human rights regime.

Western media coverage of events in Turkey since 15 July confirms the confidence of the coup leaders that they would have had international support if they had succeeded. Instead of writing stories about the shocking violence of the coup attempt and the heroic acts of the Turkish people to stop it, Western journalists expressed concern about the Turkish government’s response to the Gulenist terror organisation, while denying that Gulen had anything to do with the coup.

There has been no sincere concern about how Turkey avoided a civil war and came close to losing its democracy, nor any questioning of the media’s own role in encouraging coup leaders by dehumanising and demonising the government as being an Oriental despot.

Stephen Kinzer of The New York Times previously wrote All the Shah's Men: An American Coup and the Roots of Middle East Terror, a book about the 1953 CIA backed coup against Iran’s democratic leader Muhammed Musaddiq.

On August 3, Kinzer wrote an opinion piece that continued to demonise Erdogan as an angry dictator, defending Gulen, refuting the Turkish government’s claim that Gulenists were responsible for the coup, and giving the American government self-righteous advice on how to deal with its “undemocratic” NATO ally. One gets the impression that he wished the coup had succeeded so that America now had a democratic ally and not Erdogan.

But what The New York Times writer said about Erdogan is very similar to his coverage of Musaddiq in 1953. Instead of dehumanising Turkish government officials as agents of angry dictatorship, the American media should question why Turkish prosecutors and the public are convinced about the role of Gulenists in this coup, as well as talk to their Turkish counterparts and try to help them stop the next Gulenist attack.

The irony is that if the coup was successful – which it would have been, if it was not for the bravery of Turkish people – then the coup leaders would be thanking The New York Times for its contribution.

In that counterfactual world, perhaps an elderly Stephen Kinzer will be writing a book called All The Gulen’s Men 20 years hence and feature in the book as an actor. Today, the Turkish people are glad that they are not living this nightmare.

How the West fosters conspiracy theories in Turkey

By its insistence on defending the innocence of Gulenism in Turkey, the Western media not only marginalises itself but also fosters conspiracy theories within Turkey.

If all of Turkish civil society and political organisations, including persistent opponents of Erdogan, agree on who was behind the coup and how the Turkish government should respond to it, then they have difficulty understanding why the American and European media are still defending Gulen – unless they are paid by Gulen lobbyists.

In the past, American and European journalists would at least talk to diehard opponents of Erdogan in Turkey before writing something about him. Now, the Western media seems to be repeating its own Orientalist fantasies, imagining a democratic West disciplining and teaching despotic Turkey how to be a real democracy.

In reality, fascist ideologies are on the rise in the US and throughout Europe, with miserable foreign policy failures and a white supremacist outlook on the world already undermining the West’s claim to represent the global norms of democracy, human rights and racial equality.

While the West has been betraying the universal values it claims to represent, the Turkish people - from conservatives to leftists - united in defending the principles of secularism, the republic and democracy against cult-inspired militarism.

Ironically, Erdogan became the saviour of Western democratic principles when he invited the people to fight against the coup attempt of Gulen's messianic followers. And it was the ordinary Turks from all educational and ethnic backgrounds and ideological orientations who rose up to champion the universal norms of freedom and are now demanding that their government is liberated from Gulenist infiltration.

But looking down on Turkey’s courageous struggle for democracy through the prism of Orientalist labels such as Islamism and dictatorship, unfortunately, shows the persistence of white supremacist attitudes in the West which will only serve to hurt its own interests.

Dr Ertan Aydin is a Turkish lawmaker with the AK Party who has also served as a senior adviser to the Turkish prime minister. He has also been a research affiliate at Harvard University and a visiting fellow at Dartmouth College from 2000 till 2003. 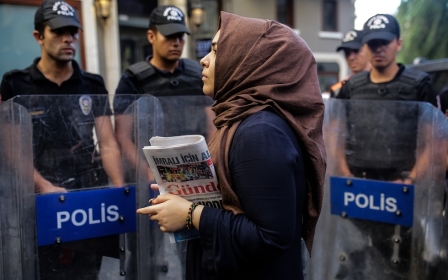