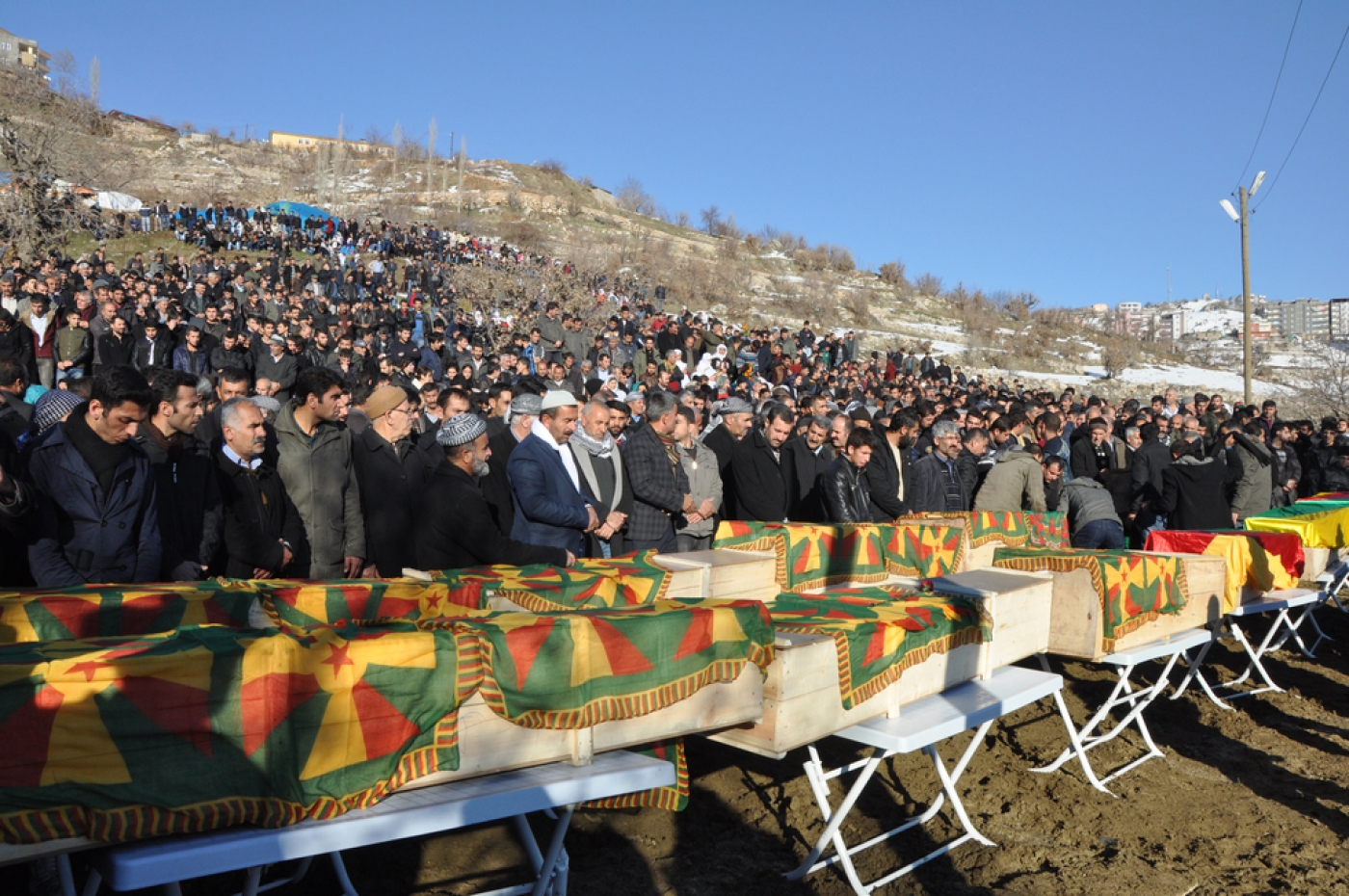 Scores of people are reported to have been killed in the southeastern Turkish town of Cizre following a raid by security services on a building allegedly harbouring Kurdish separatist fighters.

State-run TRT reported late on Sunday that 60 “terrorists” had been “neutralised” following the raid on the building in the Cudi neighbourhood of Cizre.

News sources in Turkey had previously reported that nine people had died in the building on Friday when a fire broke out in the upper floors.

“The people in the building had told us two days ago that apart from the nine people who had died in the fire caused by state forces and the child who was shot, there were another 52 people there,” he said.

“It looks like this is the building the media is talking about. We don't have any concrete information. But this kind of savagery could be true. All we wanted was for people to be taken to hospital.

“If this claim is true then this is a massacre."

Numerous conflicting claims have been made about the scale of the attack, as well as the alleged involvement of the victims with the Kurdistan Workers' Party (PKK).

A statement by the Sirnak governor’s office released on Monday morning said that “10 terrorists were neutralised as a result of the operation against members of the separatist terrorist organisation in the district of Cizre".

At the same time, Kamuran Yuksek - co-president the HDP's sister party, the Democratic Regions Party (DBP) - said in a statement to the press in Mardin province that 30 bodies had been taken away in ambulances.

He also said that a second basement holding around 26 wounded people, where 7 people were already thought to have died, had come under attack from the military.

Halil Yavuzel, brother of Mehmet Yavuzel, one of those trapped in the basement, told the pro-PKK Firat News Agency that Turkish President Recep Tayyip Erdogan was trying to "exterminate" Kurds in the southeast.

"President Erdogan, the perpetuator of this war, tries to exterminate Kurdish people with his dictatorship," he said. "He will fail and his dictatorship will end sooner or later!"

"He should see what happened to neighbouring dictators; whatever happened to Saddam and Assad will soon happen to him."

Curfews, killings and arrests of reporters have made it hard to ascertain hard facts about the goings-on in the southeast, with most information coming from either pro-government or pro-PKK sources.

Cizre has been under curfew for 57 days since armed Kurdish militants mostly affiliated with the Patriotic Revolutionary Youth Movement (YDG-H) - often referred to as the "youth wing" of the PKK - declared autonomy and began erecting roadblocks and digging trenches.

The Turkish army claims it has killed around 500 militants in Cizre alone since operations against the town started on 14 December.

Last week, the HDP said that at least 200 civilians had been killed since July, including 70 children.

Violence has flared up in the southeast since July when a two-year ceasefire between the Turkish state and the PKK broke down.

Turkey has been launching airstrikes on PKK targets in Turkey and in the Qandil mountains in northern Iraq and claims to so far have killed over 3,100 militants, though the PKK heavily disputes this figure.