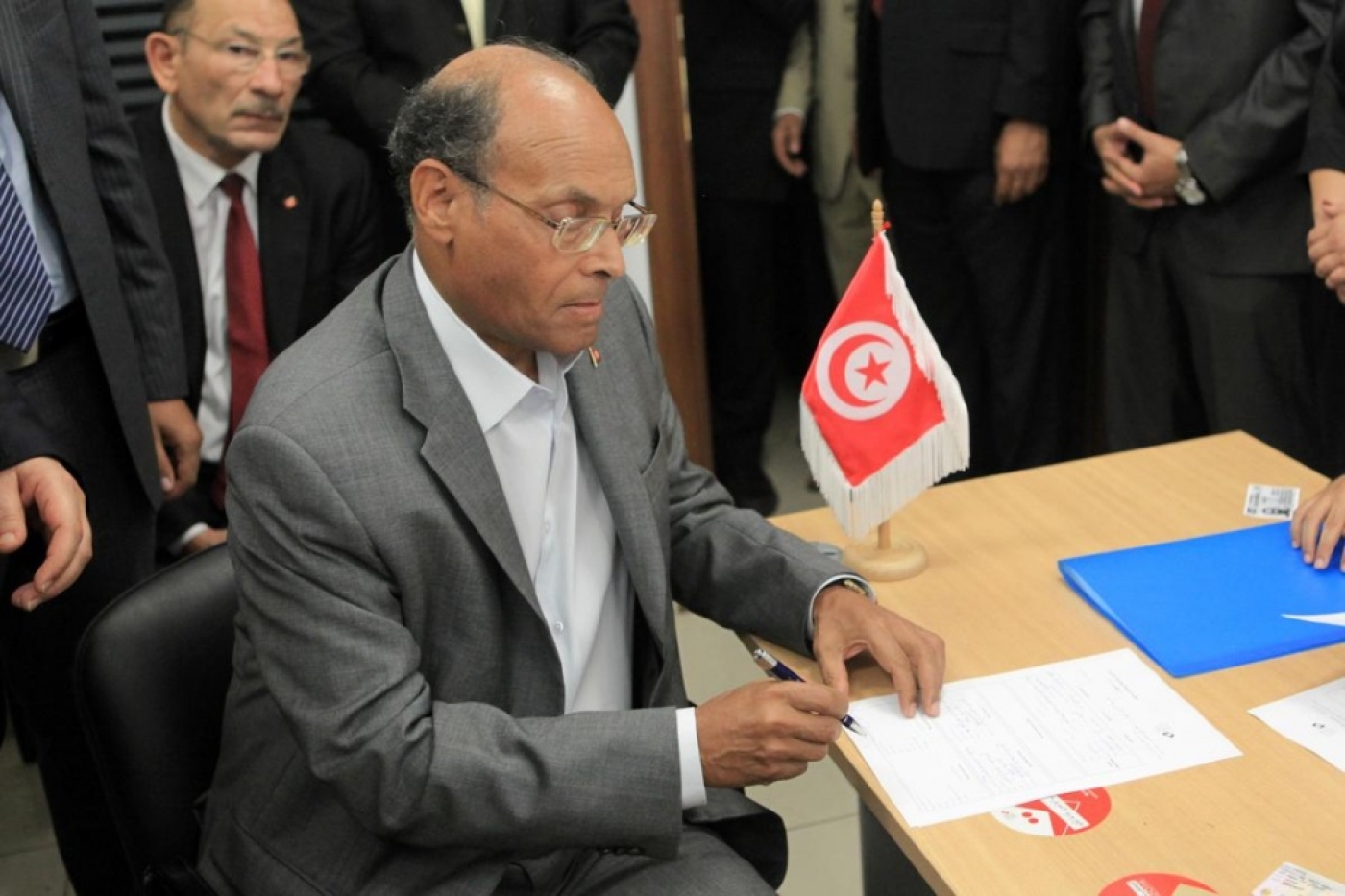 Tunisian President Moncef Marzouki submits his candidacy for the upcoming Presidential elections in Tunis on 20 September, 2014 (AA)
By
MEE and agencies

No fewer than 70 people originally filed applications to the Isie, which is organising the first presidential election since the January 2011 revolt forced Ben Ali to flee.

"Of the 70, 27 complied with all of the conditions and were accepted, while 41 were rejected," Isie chairman Chafik Sarsar told a news conference, adding that two other candidates withdrew.

The polls, along with parliamentary elections in October, are seen as a milestone in Tunisia's transition after more than two decades under Ben Ali.

The north African nation has in recent years grappled with social unrest over poor living conditions and violence.

Marzouki was elected president in late 2011 by assembly members under a coalition deal with the moderate Islamist Ennahda party.

Other candidates running in the November election include Kamel Morjane, Ben Ali's last foreign minister, as well as another former minister under the dictator, Mondher Zenaidi.

Sarsar also said the prosecution service had been asked to open an investigation into allegations of possible fraud in voter sponsorship lists submitted by some presidential candidates.

"We cannot name names and we have no concrete evidence of such fraud. It will be up to the courts to decide," he said.

The Isie said that 1,327 groups were putting up candidates for the October 26 parliamentary election -- 1,230 in Tunisia and 97 abroad.

On September 23, Ennahda unveiled an ambitious platform for the parliamentary election, saying it is confident of a greater victory than the one achieved three years ago.

Ennahda headed a coalition until it stepped down in favour of a caretaker cabinet of technocrats earlier this year to bring an end to months of crisis sparked by the assassination of two leading opposition figures.

Ennahda has indicated it will not field a presidential candidate, but will back a "consensus" hopeful.

Ennahda warned Monday that democracy remains fragile in the nation that triggered the Arab Spring.

The party's leader Rached Ghannouchi said Ennahda was "preparing for the second test."

"One flower cannot make the spring," Ghannouchi told a small group of reporters at the US Institute of Peace at the start of a visit to the United States.

"By the end of this year we can guarantee that Tunisia will be the first Arab democracy," Ghannouchi said, speaking in English.

"But we need the support of the United States for this experience, which can be considered as the alternative of extremism and terrorism and war," he said.

Ghannouchi pointed to cooperation over the past three years between Islamic parties and moderate secularists in Tunisia as "a very rare experience in the Arab world" and one which can serve as an example that "democracy and Islam can work together, are compatible."

"There is a part of the Middle East (where) there is a candle still shining," he said.

Ennahda rejects any form of terrorism, but Ghannouchi insisted that to fight groups such as Al-Qaeda and the Islamic State group, a program of social justice was needed to ensure there was food on the table and jobs.

"In this context of chaos and violence and mistrust... we are here to carry a note of hope, of positive horizons still existing," said Ennahda MP Amel Azzouz.

"We need the US and all our friends to be with us, and to be consistent in supporting this nascent democracy. And Tunisia will be a showcase for the rest of the Arab world," she said.

International observers would help ensure that results from the upcoming elections would be "recognized and respected by everybody," she added. 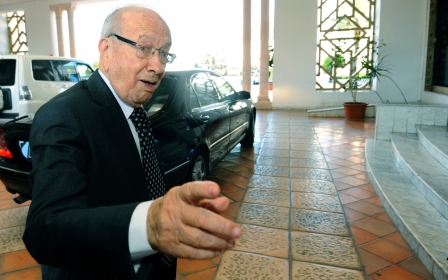 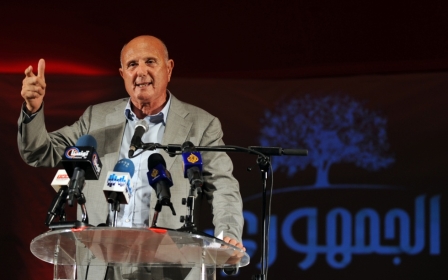 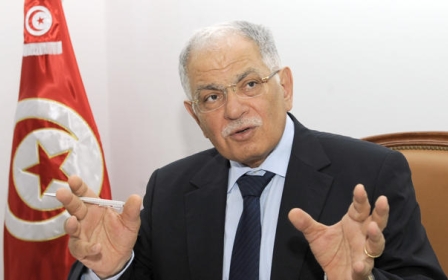