Two more German citizens have been arrested in Turkey "for political reasons", Berlin said on Friday, bringing the total number of German political prisoners in Turkish custody to 12.

"On 31 August, two German nationals were detained in Turkey for political reasons," foreign ministry spokeswoman Maria Adebahr said, adding that news of the arrests was confirmed not by Ankara but by Anatolia airport police.

The consulate in the western city of Izmir was first informed of the arrests. Confirmation then came not from the Turkish government but from Antalya airport police, Adebahr said.

She declined to give further details about the case, saying only that German authorities had so far not been allowed access to the pair.

Under the circumstances, Merkel said she did not think it was appropriate to carry out further discussions with Ankara about its participation in a European Union customs union.

"We must react decisively," Merkel told a business event in the southern city of Nuremberg. Given the latest events, she said it was "perhaps necessary to rethink" relations with Ankara.

Of the 55 Germans currently detained in Turkey, 12 of them - including four with dual German-Turkish citizenship - are being held for political reasons, the foreign ministry said.

Large numbers of European citizens have been detained in Turkey over the past year, many accused of involvement in last year's failed coup against President Recep Tayyip Erdogan, including dual German-Turkish citizen Deniz Yucel, whose detention hit the 200-day mark on Friday.

Tensions between the two countries have become seriously frayed, reaching a nadir earlier this year when Erdogan angered Berlin by accusing German authorities of Nazi-like behaviour.

Germany is home to three million Turks, about half of whom can vote in the German federal elections on 24 September.

"It is clear that in this state, Turkey will never become a member of the EU," Gabriel said. "It's not because we don't want them but because the Turkish government and Erdogan are moving fast away from everything that Europe stands for."

EU leaders have been critical of Erdogan's crackdown on opponents before and after a failed military coup against him in July last year. Accession talks have ground to a virtual halt though Turkey remains a candidate for membership.

Erdogan says both the crackdown and the increased presidential powers are needed to help tackle serious challenges to Turkey's security both at home and beyond its borders. 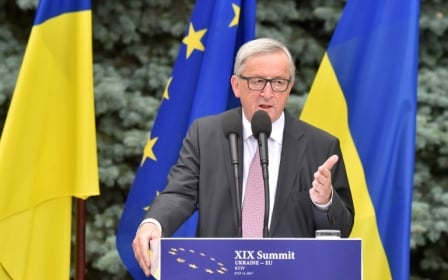