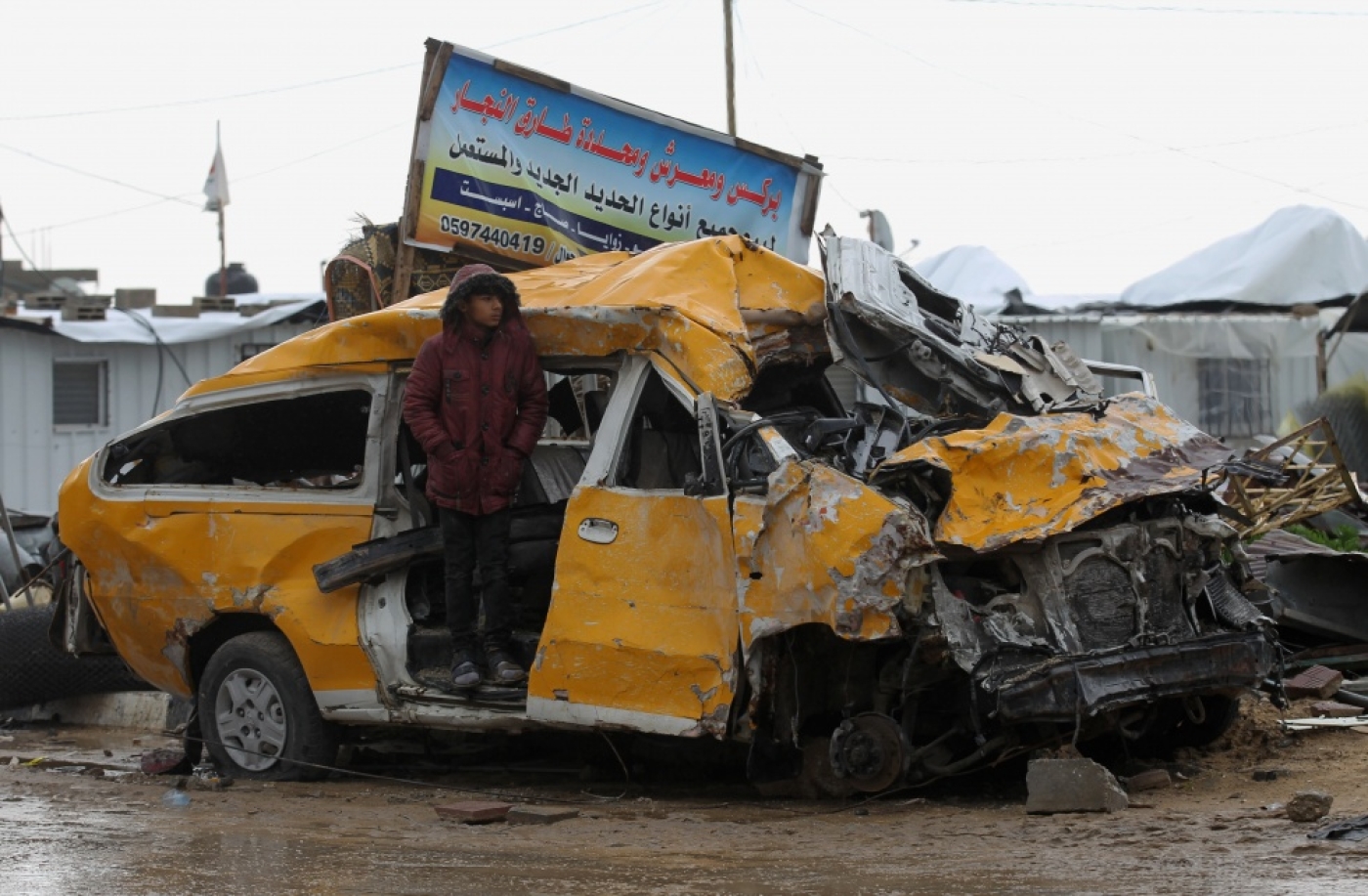 A boy shelters from the rain, at camp for displaced Palestinians whose homes have been destroyed (AFP)
By
MEE and agencies

Two Palestinian babies have died due to cold weather in the Gaza Strip, an official said Saturday, as winter storms lashed the region.

A two-month-old girl from the southern Gaza town of Khan Yunis died on Friday of "a pulmonary obstruction caused by the cold," health ministry spokesman Ashraf al-Qudra said.

A one-month-old boy, also from Khan Yunis, died on Saturday, he said without giving further details.

Gaza's civil defence service said that dozens of homes in the coastal territory, already ravaged by last year's war with Israel, were flooded in the brutal storms that brought freezing rain and gale-force winds.

Worst hit was the southern town of Rafah, on the Egyptian border.

"After heavy rainfall houses were flooded to a depth of one metre (and) in places one and a half metres," a spokesman said, adding that occupants were evacuated to schools.

The West Bank-based Palestinian Authority declared a state of emergency throughout the Palestinian Territories when the storm hit on Wednesday.

More than 100,000 Gaza homes were destroyed or damaged during last year's 51-day conflict and UN welfare officials say that 17,000 displaced people are still living in schools.

Gaza's sole power station, which was damaged during the war, is struggling with a severe lack of fuel and is only able to supply the enclave with six hours of power per day.

The storms have also struck other countries in the region with two Syrians - including a child - dying of cold in Lebanon.