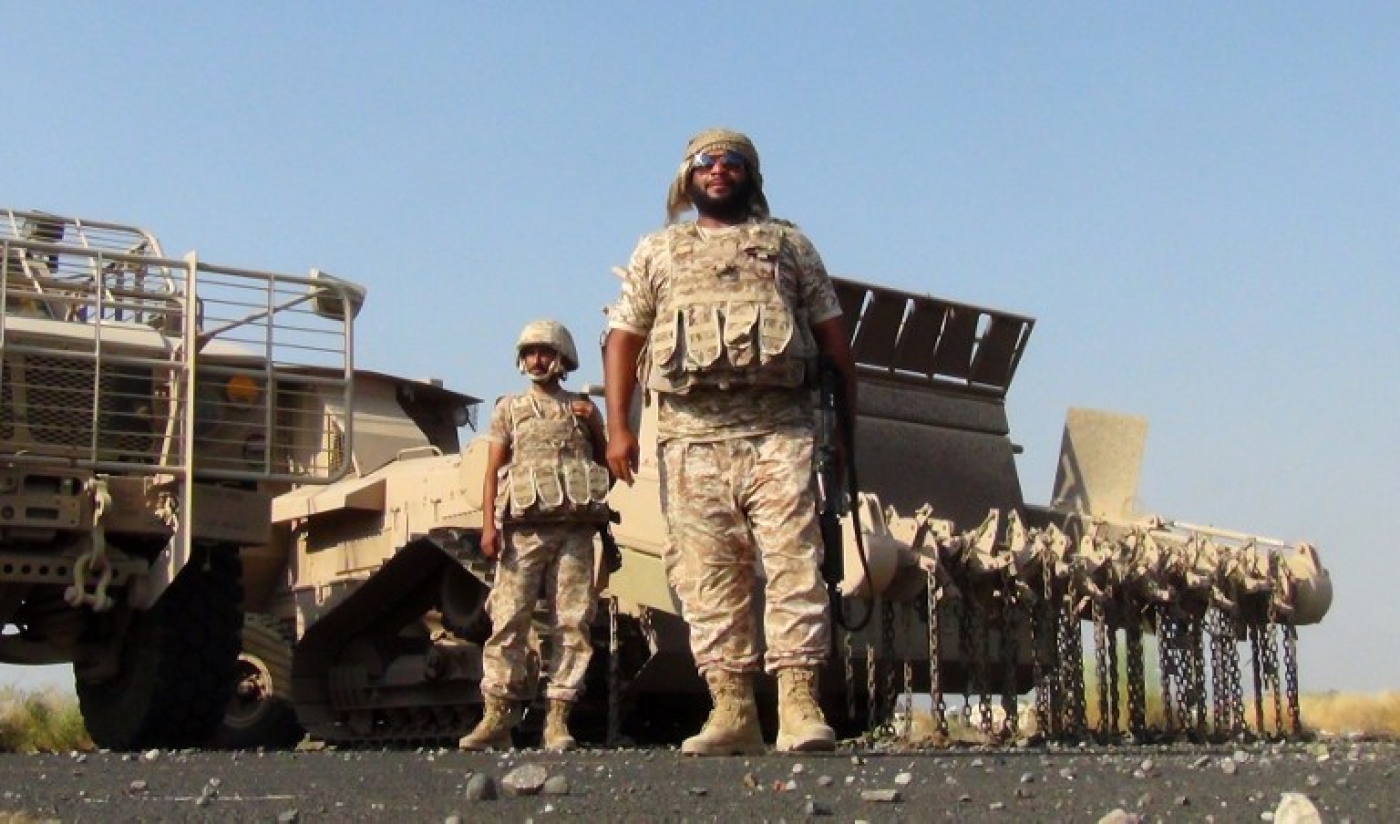 Emirati troops have been serving as part of the Saudi-led, anti-Houthi coalition in Yemen (AFP)
By
MEE and agencies

The UAE has pulled its troops out of the port city of Aden in Yemen, Yemeni sources said on Wednesday.

According to the reports in AP, the Emirates has withdrawn its soldiers out of the airport in Yemen's second city and pulled out all of its fighters in one day. The officials spoke on condition of anonymity because they are not authorised to speak to the media.

The Emirates are still believed to have troops elsewhere in the country and were recently reported to either be fighting alongside or coordinating with al-Qaeda militants in the anti-Houthi campaign in beseiged Taiz.

The UAE is a key partner in the Saudi-led coalition that has been bombing Houthi positions in Yemen since March last year and ]also on occasion bombed al-Qaeda.

The Emirates has been one of the largest and most active coalition partners on the ground and has also reportedly brought in some 450 Colombian mercenaries to help in the war against the Houthis and their supporters.

Since the ground operation began, dozens of Emirati soldiers have been killed.

While coalition forces and their allies pushed the Houthis out of Aden last summer, clashes have continued in the city with both the Islamic State group and al-Qaeda in the Arabian Peninsular trying to expand their presence.

On Monday, a gunman killed a senior Yemeni army officer in Aden in the latest high-profile assassination attempt to rock the city.

The gunman, who was on the back of a motorcycle, killed General Abd Rabbo Hussein as he was leaving his home in the Sheikh Othman district of the city, Yemeni sources told AFP.

Hussein was commander of the 15th Infantry Brigade which operates in Abyan province, west of Aden, where al-Qaeda has seized several large towns in recent weeks.

Last week, a suicide bomber killed at least 14 soldiers in Aden on Wednesday in an attack claimed by the Islamic State group.

A man, dressed as a soldier, reportedly detonated his explosive vest in the midst of a training session run by Sudanese forces of the Saudi-led coalition, which has been helping to train and advise Yemeni troops fighting the Houthis.

More than 6,100 people had been killed in the fighting since last March, when the Saudi-led coalition began its intervention.

The UN said another 3,000 people had been wounded and 2.5 million people forced to flee their homes.