ANALYSIS: Southern Yemenis look for payback after battle of Aden AL MUKKALAH, Yemen – The Houthis and their allies have been booted out of southern Yemen, but their withdrawal has only exposed internal fissures over southern demands for autonomy or outright independence, which have grown during almost 12 months of war.

Some southerners now feel betrayed by President Abd Rabbuh Mansour Hadi and say they are being sidelined despite paying a heavy toll in the fighting. Others believe they are now in a better position to impose their influence and win concessions from Sanaa. Which way their support falls could well decide Yemen’s future.

The north, meanwhile, became a self-governing monarchy after the fall of the Ottoman Empire in 1918, although Arab nationalists, inspired by General Gamal Abdel Nasser in Egypt, overthrew the king in the 1960s.

In 1990 the two Yemens unified, but the marriage was not a happy one – the southerners felt that they were given a raw deal after the north implanted its own men in key positions and monopolised wealth that is mostly produced in the south. A civil war ensued in 1994, with the north winning the day.

Hadi is a southerner but has been seen as an empty suit who did nothing to stop his predecessor, Ali Abdullah Saleh, from waging war on the south in the 1990s and then failing to adequately address post-war grievances in the south. Hadi was Saleh’s defence minister in 1994 and then vice president until he took power in the Saudi-led transition following the fall of Saleh in 2012.

However, as the Houthis, a Shia minority from northern Yemen backed by Saleh and his supporters, managed to seize the capital Sanaa and begin marching south last year, Hadi and the southerners united around a common enemy, albeit for different reasons – while Hadi fought for power, the southerners fought to resist another assault from the north.

When the Houthis and their supporters seized parts of the southern capital of Aden in March it was the southern militias who kept up the ground resistance while the Saudi-led coalition pounded the city from above. When the Houthis eventually started to be pushed back last summer, the long-sidelined southerners felt they would be given a bigger stake.

Since then Hadi has been playing a delicate balancing act trying to keep the southerners on side.

Hadi has promised to place southerners in positions of authority in southern districts, already appointing leading separatists as governors in two southern provinces, Aden and Lahj, while naming another southerner as Aden’s security chief. He has also promised to bring in reforms to better integrate the south and has said that he will train more southerners in the army.

According to Ali al-Ghoraib, a leading separatist figure in Aden who was named Aden's deputy governor early in January, Hadi has for some months taken a much softer approach towards the separatists, not cracking down on southern activists and their activities.

In contrast to the months of Houthi domination, the South Yemen flag has been allowed to fly high across the region once again.

The new approach has led some in the south to conclude that the tide has turned in their favour and that they could finally be in the driving seat for the first time since unification.

Analysts say that Hadi seems genuinely convinced that if he manages to provide some reforms he will be able to make the south abandon its claims of independence.

“We are satisfied with the appointments,” Ghoraib told Middle East Eye.

But Hadi in many ways remains a northerner. He has publically endorsed continued unification and has a close relationship with some north-based forces such as the Islamist Islah party and the party of former president Saleh.

Many in the south say they feel indebted to the Arab coalition for helping to push back the Houthis and for sending in foreign troops to help local fighters, but Saudi involvement is controversial.

Parts of Aden have been heavily devastated by the bombing, and Islamist militias, and al-Qaeda, have been allowed to grow unchecked.

“The coalition gives the Islamists millions of Saudi rials monthly and give nothing to the Southern Resistance,” Ghoraib said.

While there is no official link between the coalition and al-Qaeda in the Arabian Peninsula (AQAP), the group has been able to take advantage of the conflict to revive its influence, seizing several key towns from the government and building up a toehold in Aden. Fierce clashes have taken place this year as the Popular Resistance, made up of southern militias, has tried to regain control and push the militants out.

The well-funded and highly trained AQAP fighters stormed Mukallah in eastern Hadamout province in April 2015 and seized millions of dollars from the central bank, going on to win battles in southern Abyan and Hadramout provinces.

The Islamic State (IS) group is also fighting to have a stake in the south. Their fighters are carrying brazen attacks against local military officials and coalition forces in Aden.

The belief among some in the south is that Saleh and some northern forces are using these groups to undermine moves to secession.

Ghoraib, however, believes that once the south is free to handle its own affairs and a “strong military and security system” is put in place, al-Qaeda and other militants would fade away in the south.

A war between allies

With uncertainty continuing to rage despite the pushback against the Houthis, mistrust is festering.

Some analysts in the south believe that rather than being a reward for their support against the Houthis, Hadi appointed the hardline separatists as a last-ditch attempt to restore peace to the unruly areas. They argue that while Hadi needs the support of the south to strengthen his own power, he sees this alliance as a means to an end.

Separatist leaders have largely embraced Hadi only tentatively, taking his offers of promotions and administrative jobs but only reluctantly displaying their links with the man and intentionally trying to be pictured exclusively with the South Yemen flag.

Yasser al-Yafae, a political analyst from Aden, told MEE that the governor of Aden, Aidarous al-Zubidi, and the city’s security chief, Shallal Shaye, trained hundreds of fighters in Dhale province, just north of Aden, during the worst of the fighting.

“Hadi has realised that those highly trained men are his last chance to bring peace to Aden,” Yafae said.

Some separatist southerners in turn have been rushing into an alliance with Hadi, not out of a renewed sense of duty to the north but in order to strengthen their own hand in the case of independence, Yafae said. By doing this they hope to control more territories and resources, he added.

“For the southerners, they agreed to take charge in the south because it is all part of their plan to control lands and show the world that they are capable of fighting terrorism and running the south on their own,” Yafae said.

Other sticking points are also already becoming apparent. While Ghoraib said he is happy that many southerners have new appointments, he has spoken out about Hadi’s decision to “exclusively” fill top jobs with socialists who were responsible for brutal crackdowns in the south in the 1970s and 1980s.

Along with other southern activists, Ghoraib (who was appointed a week after this interview) sent a letter to Hadi to complain about these appointments.

“We told him that this process could spell fighting between the southerners. There are many people who served the cause but [were] not socialists,” Ghoraib said.

Nor does Hadi have a serious chance of winning over the minority of southerners who sided with the Houthis and Saleh.

Nasser Bagzgoz, a separatist activist from the city of Mukalla who attended the Swiss-based peace talks in December as part of the Houthi delegation, said that the Houthi leader, Abdul Malik al-Houthi, had indicated that he would stand by any solution agreed by southerners, including the possibility of independence.

“Personally I support the Cairo Group headed by Ali Nasser Mohammed [former South Yemen president] that proposed a solution based on a two-states [South and North] federation for [a transition period of] five years,” said Bagzgoz.

According to Bagzgoz, after the five-year transitional period, the southerners would have the right to vote to stay or to go outright.

Despite their strong opposition to any talks with the north before it recognises the demands for outright independence, some southerners are having second thoughts about how to reach that end.

Ghoraib said that some southerners are open to talks and would be prepared to travel to Geneva or any other place if they were sponsored by the UN.

“We think that talks [would] serve our cause if they were held or sponsored by the UN agencies. People will not learn about our demands unless we go there and tell them,” said Aden’s deputy governor. 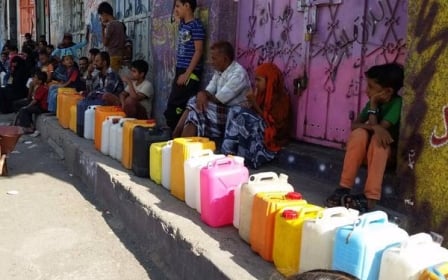 Yemen: Pursuit of glory could end in a quagmire
Bill Law