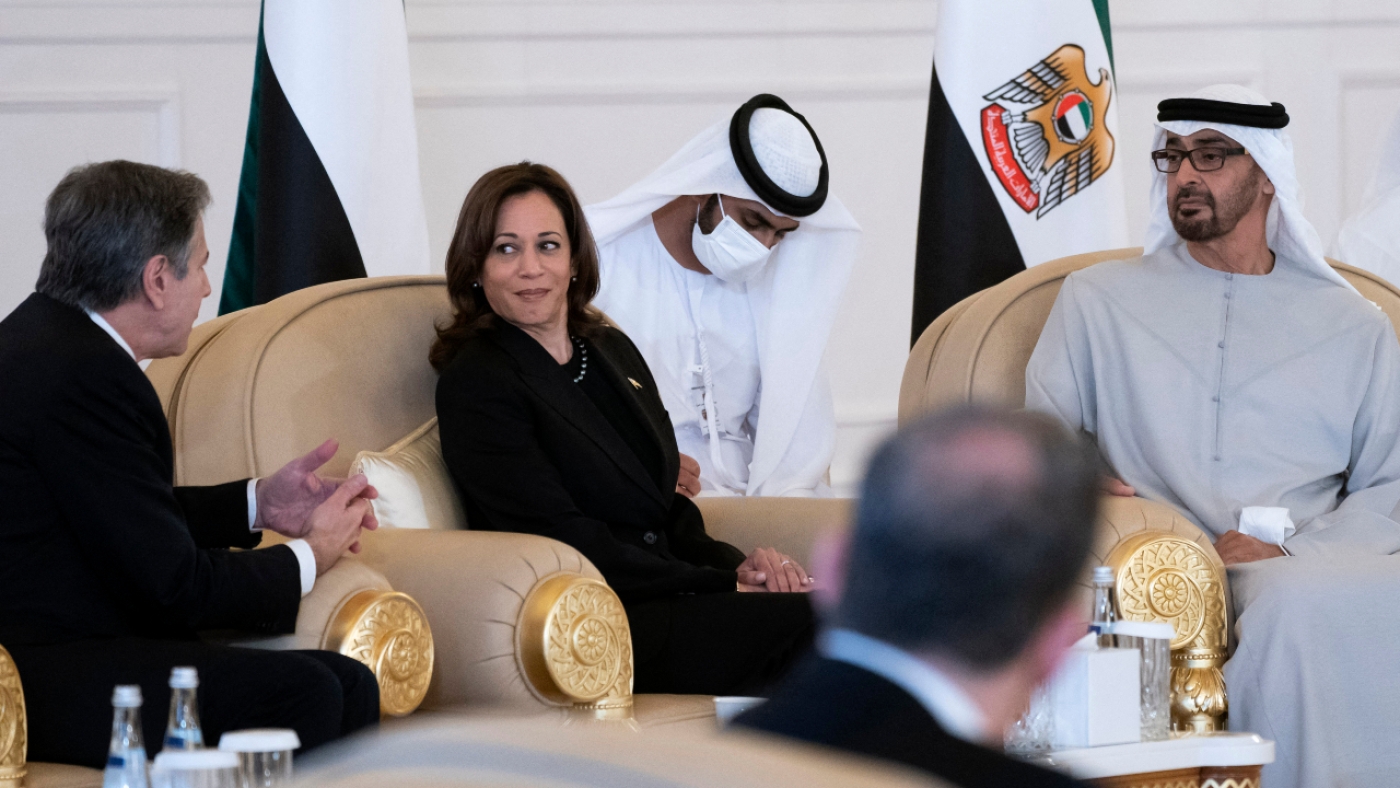 US Vice President Kamala Harris led a high-powered delegation to the United Arab Emirates on Monday, during which she offered her condolences over the death of its ruler Sheikh Khalifa bin Zayed Al Nahyan.

US President Joe Biden had sent several leading US officials in what experts say appears to be a bid to step up efforts to repair frayed ties with Gulf allies.

Since last Friday, world leaders have descended on Abu Dhabi to pay respects to new leader Sheikh Mohammed bin Zayed on the death of his half-brother.

Harris planned to emphasise the intent to deepen ties across areas ranging from security and climate to space, energy and commerce, US officials said.

Reporters travelling with Harris asked if she discussed oil with Sheikh Mohammed, but she did not answer.

The make-up of the delegation reflects Washington's desire to show its commitment to the region, and also appears to show an intent to issue a new approach to diplomacy with Abu Dhabi, given the broad depth of the delegation, experts told Middle East Eye.

"I think it's no secret that American diplomacy so far hasn't really been getting the results that I imagine both sides would like to see in the relationship," said Kristin Diwan, a senior resident scholar at the Arab Gulf States Institute in Washington.

"We're in a period where we're really renegotiating these long-standing ties of oil for security," Diwan told MEE.

Since entering office, analysts say the Biden administration has largely shifted away from US engagement in the Middle East, with Washington's primary focus on addressing competition from China. And since February, US foreign policy has been dominated by Russia's invasion of Ukraine.

In the midst of this, the UAE and Saudi Arabia have both held issues with the Biden administration, and Abu Dhabi has been frustrated by what it views as a lack of unequivocal support following missile attacks in January by Yemen's Houthis.

But the US's desire to improve ties with its Gulf partners has gained renewed urgency following Russia’s invasion of Ukraine earlier this year, which highlighted the strategic importance of Gulf oil producers as Europe looks to cut its energy dependence on Moscow.

A source familiar with the UAE's thinking told Reuters that the "seniority and size of the US delegation is a very telling signal and will be meaningful to Sheikh Mohammed and the UAE leadership".

"Whether or not it resolves any of the underlying issues, which perhaps includes the UAE's position towards Russia and its increasing relationship with China, is probably another matter," Kristian Coates Ulrichsen, a Baker Institute fellow for the Middle East, told MEE.

"But at least in terms of surface-level politics, it's a statement."

The UAE, as well as Saudi Arabia, has meanwhile been frustrated by conditions on US weapons sales. In December, the UAE said it would suspend talks on purchases of US-made F-35 fighter jets because of conditions related to the sale.

Earlier this month, the Wall Street Journal reported that CIA director Burns had made a trip to Saudi Arabia, in a meeting that US officials had described as having a "better tone" than previous meetings, including one with Jake Sullivan, the US national security adviser.

Multiple sources told The Intercept that during the meeting Burns had requested Saudi Arabia to not pursue arms deals with China and release former Crown Prince Mohammed bin Nayef from detention. The CIA director also brought up the issue of oil. With Burns visit to the UAE, experts say he could play an important role in helping US diplomacy with the Emirates, which traditionally is under the mandate of the State Department.

"William Burns and Mohammed bin Zayed have long ties that go back a long way in their respective roles in government," Ulrichsen told MEE.

"His involvement in the delegation is just a reflection of the seniority of that delegation."

Diwan said that it "makes sense to bring in some people that introduce different elements into the relationship", and added that in addition to Burn's participation, "I was also interested to see Kerry's participation as well."

Kerry is the climate envoy for the Biden administration, and Diwan noted that his presence in the delegation could help broaden the conversations beyond just security and oil. 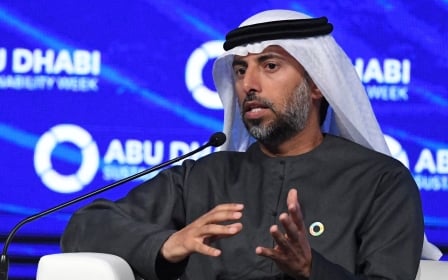 Corruption
US must push for transparency in UAE defence sector, experts urge