The UAE is home to at least 9.9 million people, with the vast majority being expatriate workers and only 1.4 million Emirati citizens (Reuters)
By
MEE and agencies

The United Arab Emirates said on Saturday that it has approved amendments that would allow it to grant citizenship to investors and other professionals, including scientists, doctors and their families.

"The UAE cabinet, local Emiri courts and executive councils will nominate those eligible for the citizenship under clear criteria set for each category," he said.

"The law allows receivers of the UAE passport to keep their existing citizenship."

The UAE is home to at least 9.9 million people, with the vast majority being expatriate workers and only 1.4 million Emirati citizens, who are the main beneficiaries of the state's budget on free education, healthcare, housing loans and grants. The government said on Saturday that the amendment to the citizenship law "aims at appreciating the talents and competencies present in the UAE and attracting more bright minds to the Emirati community".

It remains unclear if those eligible for the new citizenship path would benefit from the public welfare system. Wealthy Gulf states have long reserved their generous welfare system to their citizens, rarely allowing naturalisation for foreigners.

The UAE’s passport has been ranked as the most powerful in the world, according to an online index that measures passports on their ability to provide visa-free travel.

UAE passport holders can enter 167 countries without obtaining a visa prior to arrival, according to Passport Index, a list created by a Montreal-based financial advisory firm Arton Capital.

Foreigners in the UAE usually have renewable visas valid for only a few years and tied to employment. The government has previously made its visa policy more flexible, offering longer residencies for certain types of investors, students and professionals.

Last year, the government extended its "golden" visa system, which grants 10-year residency in the Gulf state, to certain professionals, specialised degree-holders and others.

Saturday's announcement comes as the UAE battles with a new surge in coronavirus cases that has led parts of the Emirates to reimpose restrictions.

The pandemic has taken a heavy toll on the country's economy, which has also been hit by the drop in oil prices, causing tens of thousands of expatriates to leave. Covid-19: UAE rolling out Chinese vaccine to all citizens and residents
Read More »

On Friday, Britain banned direct flights from the UAE to the United Kingdom to fight the rise in coronavirus cases in the UK.

Earlier this month, Dubai suspended non-essential surgery and live entertainment after a surge in coronavirus cases that came after it relaxed entry requirements for tourists to boost the economy.

The UAE has ramped up its immunisation campaign with the aim of vaccinating more than 50 percent of its population before the end of March. 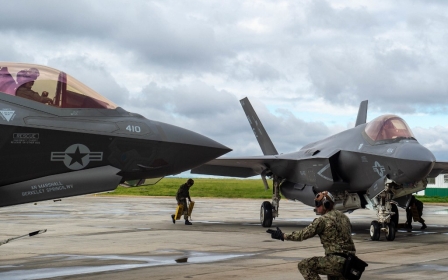