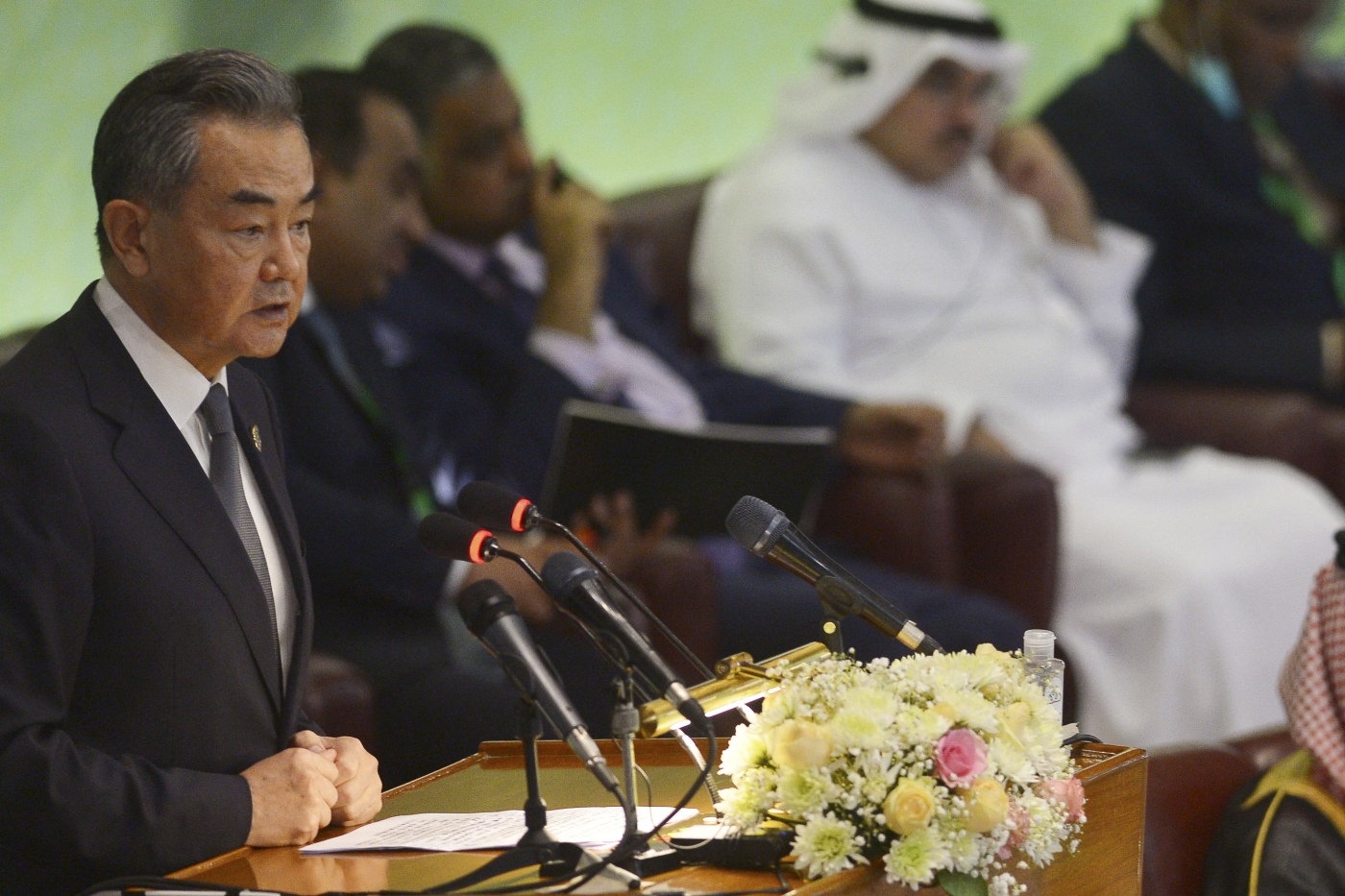 Chinese Foreign Minister Wang Yi speaks in Islamabad during the 48th session of foreign ministers of the Organisation of Islamic Cooperation, on 22 March 2022 (AFP)
By
Rayhan Uddin

Uyghur campaigners on Tuesday slammed the Chinese foreign minister's attendance at a meeting of the Organisation of Islamic Countries (OIC) and criticised the body for not speaking up about their plight.

Chinese Foreign Minister Wang Yi was invited as a special guest at the OIC annual gathering which is being held this year in the Pakistani capital Islamabad.

The two-day summit began on Tuesday and was launched under the title, "Building partnerships for unity, justice and development". 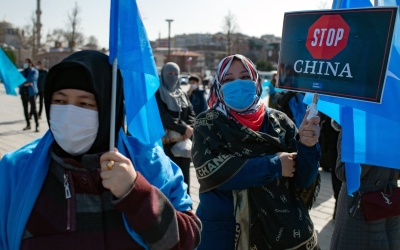 In the Riyadh-based conferencee's press release outlining the agenda of the meeting, several global crises and human rights abuses impacting Muslims were mentioned - with the notable exclusion of the plight of the Turkic Muslim minority community in the Xinjiang region of China.

The Chinese government is accused of detaining more than one million Uyghurs and other Muslim minorities, and subjecting them to abuses that some have labelled a "genocide". China denies the allegations of abuse.

The OIC statement mentioned the plight of those in Afghanistan; India-administered Jammu and Kashmir; Yemen; Syria; Somalia; Palestine; and the Rohingya community, among others.

In his address to the OIC, Yi endearingly referred to his Pakistani counterpart Shah Mahmood Qureshi as Bhaijaan (brother) and reiterated the close ties between the two countries.

"No matter how the international circumstances and the situation in both countries change, China will stick to its friendly policy towards Pakistan," he said.

While the Pakistani government has sought to be a leading voice against global Islamophobia, it has long been criticised for its unwillingness to publicly denounce Chinese human rights abuses against Uyghur communities.

“We have failed Palestinians and Kashmiris”

Pakistan’s Prime Minister, Imran Khan cautioned members of the Organisation of Islamic Cooperation (OIC) that unless they “unite on core issues”, human rights abuses in Palestine and Kashmir would continue pic.twitter.com/UrQMLjA8Sm

In an interview with Middle East Eye last year, Pakistani Prime Minister Imran Khan said: "The Chinese have given an explanation on what is happening [in Xinjiang]. And our relationship with China is such that we have an understanding that between us, we will talk to each other, but behind closed doors, because that's the nature of the culture.

"We do not talk about it in public, but in public all I want to say is that why is there not so much such indignance about what is happening in Kashmir by the same countries that want us to talk about the Uyghurs?"

During the summit on Monday, Khan urged Islamic countries, along with China, to help mediate and put an end to the Russia-Ukraine war.

Uyghur activists have strongly denounced the invitation of the Chinese foreign minister to the summit.

"It's shameful," Uyghur language activist Abduweli Ayup told MEE. "They cannot call themselves Islamic. This is nothing to do with Islam because China is humiliating Islam and destroying and abusing Islamic traditions."

Ayup said that Muslims should follow the example of the Prophet Muhammad in resisting injustice and speaking out against oppression.

He added that he felt sympathy for Palestinian, Rohingya and Kashmiri communities, in addition to non-Muslims like Ukrainians facing war and hardship. 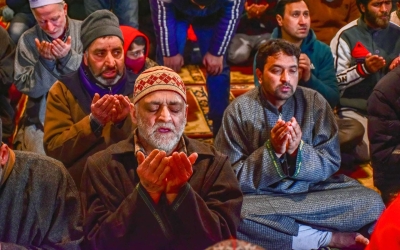 “We are the grandchildren of great ulamah,” he told MEE, referencing ninth-century Islamic scholars Imam al-Tirmidhi and Muhammad al-Bukhari. "But because of China's money, they don't want to talk about it. They want to sugarcoat."

Beijing and Islamabad have strengthened political and economic ties in recent years, with the flagship corridor of China's strategic Belt and Road Initiative passing through Pakistan.

Ayup noted that Khan had spoken out against Emmanuel Macron after the French president defended the publishing of cartoons on the Prophet Muhammad.

"In China, the name of the Prophet, peace be upon him, is restricted, and [Khan] didn't say anything," he said, accusing the prime minister of double standards.

"In his neighbouring country, up to three million people are in concentration camps and raped and sterilised and forced to eat pork," he added. "It's shameful and hypocritical. How Pakistani people elected this person I don’t know."

Turkish Foreign Minister Mevlut Cavusoglu did mention the plight of Uyghurs during his address at the conference, while listing the struggles of different Muslim communities around the world.

Sabit welcomed the remarks, adding: "I wish all Muslim countries should follow with him and stand up to defend the rights of their fellow Uyghur brothers and sisters." 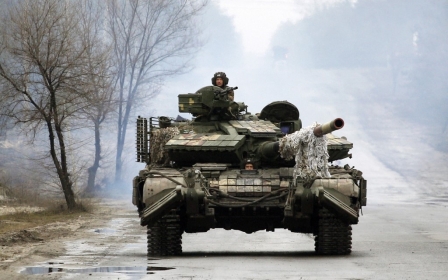 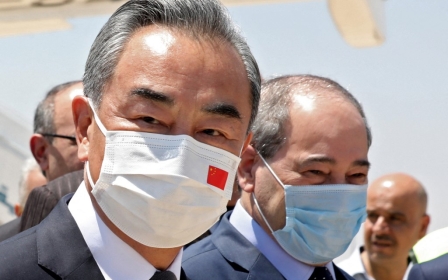 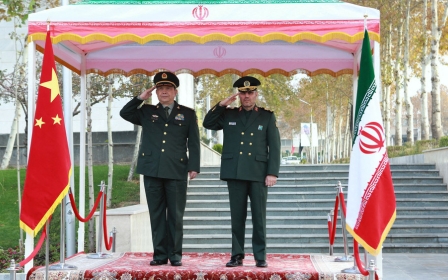 Analysis
Why some Iranians fear China ditched them for Saudi Arabia