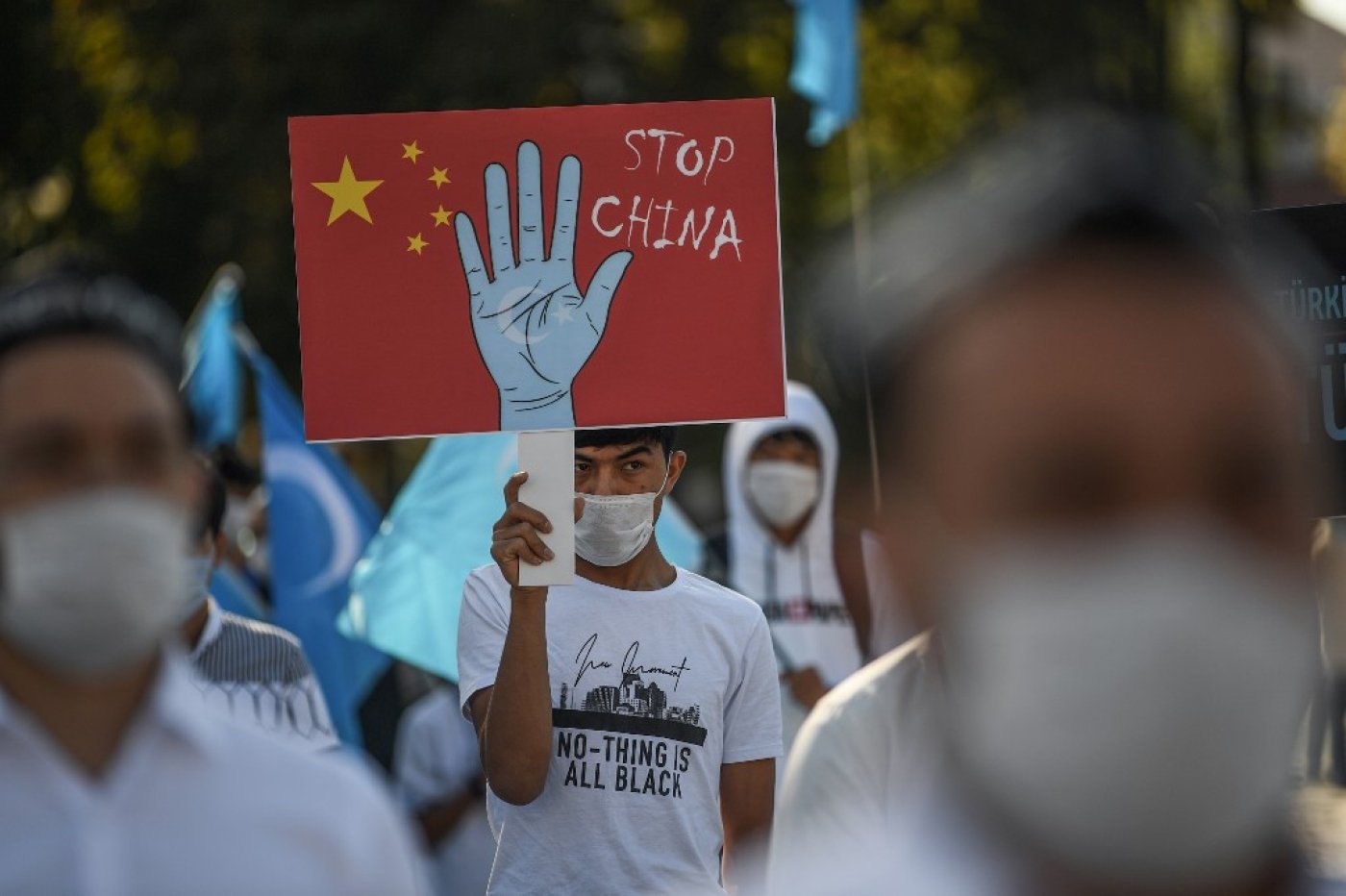 Despite protests from Uighurs outside China, many Muslim-majority countries have remained silent on China's rights violations (AFP/File photo)
By
Umar A Farooq
in
Washington

A coalition of 150 organisations sent a letter criticising the Organisation of Islamic Cooperation's failure to condemn China over its abusive treatment of Uighur Muslims. The groups also called on the Muslim intergovernmental organisation to demand accountability from Beijing for its actions.

During a news conference on Thursday organised by the youth-led Free Uyghur Now, organisations, politicians and rights groups came together to urge the OIC to reverse its stance on China's treatment of its Muslim minorities.

"Today's letter to the OIC has tremendous significance. Today, Muslim organisations from all over the world have come together in a united voice for the Uighur people. We have been calling on the OIC to break its silence for more than two years," said Omer Kanat, chairman of the World Uighur Congress. "OIC's charter includes a commitment to safeguarding the rights, dignity, and religious, cultural identity of the Muslim communities and minorities in non-member states."

The letter will be delivered to the OIC by the United States Council of Muslim Organisations, one of its main sponsors.

In its letter, the coalition of groups said, using a different spelling for the Muslim minority group, that "the OIC has a religious and moral obligation to condemn atrocities, not support them, and to advocate for the rights of Muslims all over the world, including the millions of Uyghurs and Turkic Muslims suffering grave abuses in their own homeland".

Uighurs total about 10 million people in their home province of Xinjiang, also known by Uighurs as East Turkestan.

China is said to be holding at least one million Uighurs in internment camps where they are undergoing political "re-education", while the region itself is under intense and intrusive surveillance.

Uighur activists who have fled China say Beijing is working to eradicate the religion by destroying mosques and outlawing worship, including fasting during the month of Ramadan.

News reports have also said that China is working to slash birth rates of Uighurs through forced sterilisation, which experts have referred to as being a part of the country's "demographic genocide".

Serwi Huseyin, a campaign lead at the advocacy group Justice For All, which coauthored the letter alongside Free Uyghur Now, has herself spent time in a forced labour camp in Xinjiang. She said the letter was meant to urge Muslim nations to step up and "pressure the Chinese government to stop this genocide and stop this crime against humanity".

Omar Suleiman, a US-based imam and founder of the Yaqeen Institute, said Muslim-majority countries must work to stop the persecution of Uighurs, as it is a part of a global Islamophobia campaign, and Beijing's tactics may be passed on to other countries where Muslims are a minority.

"There is no persecution more egregious than the persecution of our Uighur brothers and sisters at this scale," he said during the news conference.

The OIC, a group of 57 Muslim-majority countries that aim to be the "collective voice of the Muslim world", in 2019 released a resolution that commended China for "providing care to its Muslim citizens".

The resolution stated that the organisation "looks forward to further cooperation between the OIC and the People's Republic of China" and does not mention any of the documented and reported rights abuses that China has committed against one of its Muslim minorities.

Rights groups, as well as Muslims around the world, criticised the resolution for its failure to hold Beijing accountable for its rights abuses in Xinjiang.

Meanwhile, many Western countries, including the United States, Canada, Germany and the United Kingdom, have recently condemned the Chinese government over its rights abuses against Uighurs.

Still, despite calls and protests from Uighurs outside of China, as well as critical statements from Western governments, many Muslim-majority countries have remained either silent or even aided in China's repression by deporting Uighurs back to China.

In October, a news report found that a number of Uighur Muslims who fled China and sought refuge in countries in the Middle East were arrested and deported.

"If the international community does not condemn the human rights abuses in Xinjiang province by the government of China, a precedent will be set and these methods will be adopted by other regimes," Heather McPherson, a member of the Canadian Parliament, said during Thursday's news conference.

Engin Eroglu, a German politician and member of the European Parliament, said that in cases of severe human rights violations, it is up to intergovernmental organisations to take a stand and demand for accountability from the perpetrators.

"The international community must stop turning a blind eye to China's gross human rights violations," Eroglu said in a statement.

"Intergovernmental institutions such as the UN and the OIC also have an obligation to take a clear stance, demand transparency, as well as justice regarding these atrocious human rights violations" 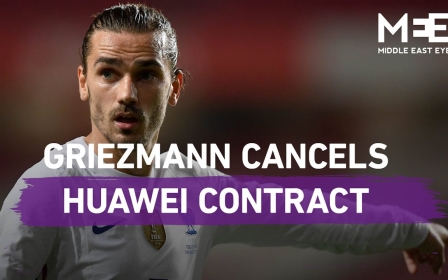