Despite not pursuing its own investigation, court says there is 'reasonable basis' to believe British forces committed murder, rape and torture 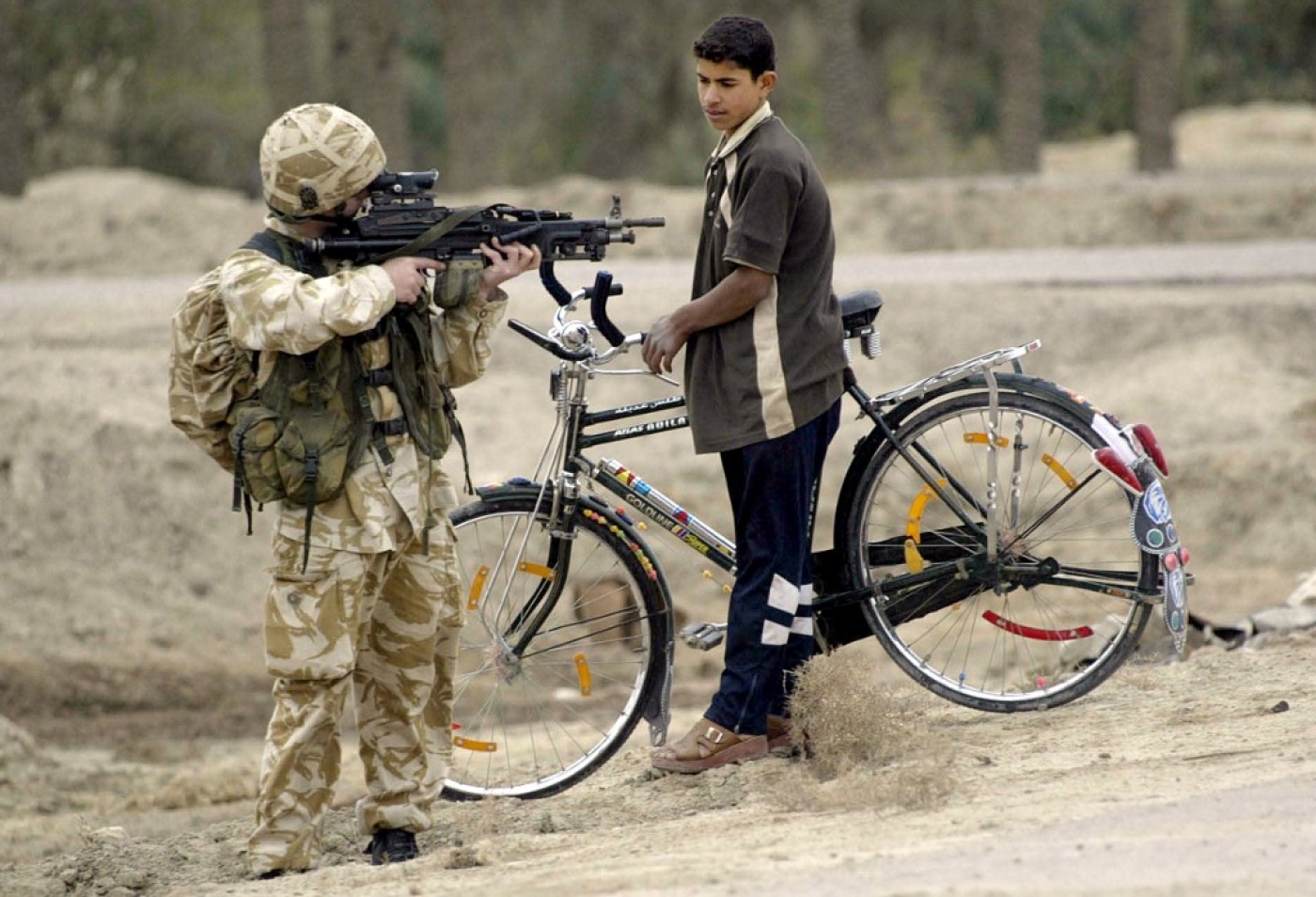 An Iraqi youth looks at a British soldier pointing his machinegun while conducting a security operation in the Iraqi southern city of Basra, 16 February 2006 (AFP)
By
Areeb Ullah

The International Criminal Court on Wednesday said it would not open a full investigation into alleged war crimes committed by British forces during the invasion and occupation of Iraq, despite finding there was a "reasonable basis" to believe that war crimes were committed.

In a 180-page report, ICC chief prosecutor Fatou Bensouda concluded that responsiblity for investigating and prosecuting the alleged offences rested with the UK, despite British investigations into thousands of claims over the last 10 years failing to produce a single successful prosecution. The report nonetheless sets out the allegations of many instances of abuse it says were committed by British forces and may constitute war crimes.

The ICC notes that British forces in Iraq are believed to have committed the war crime of "wilful killing/murder... against seven persons in their custody":

"Based on the information available, the Office has found a reasonable basis to believe that at least seven persons were the victims of unlawful killing constituting war crimes while in British custody between April and September 2003."

It documents how two of the seven individuals were allegedly killed by British forces:

"The information available also provides a reasonable basis to believe that the following three individuals died outside of detention, but while under the control of UK armed forces: Naheem Abdullah died from a blow or blows to the left side of his head inflicted by one or more British soldiers on 11 May 2003 at a roadblock control north of Basra; and Ahmed Jabber Kareem Ali and Sayeed Shabram drowned in the Shatt-Al-Arab river after being detained by British troops on 8 and 24 May 2003, respectively."

The use of rape and sexual violence towards detainees features prominently throughout the ICC report.

It accuses members of the British armed forces of committing the "war crime of rape and/or other forms of sexual violence... against seven victims while they were detained at Camp Breadbasket in May 2003":

The report contains a graphic description of the alleged rape of one Iraqi detainee known as PIL 16:

"PIL 16 was allegedly forced to the floor under the threat of a knife, brutally undressed, and raped by the two soldiers in turn. After the rape, the victim alleges that the soldiers started to punch him and cut his arms with the knife. He was then taken to the hospital and subsequently released."

The ICC said that the alleged incident had not resulted in prosecution and British investigators had closed their investigation into alleged assaults at Camp Breadbasket due to insufficient evidence.

The ICC notes that factors such as the "purposeful covering up of crime or concealing bodies of victims" led to the burden of proof falling on victims and their relatives to provide "conclusive proof" of their ordeal:

"The European Court of Human Rights and the Inter-American Court of Human Rights have examined factors such as the purposeful covering-up of crimes or concealing bodies of victims; placing the burden on the victim’s relatives to provide conclusive proof the failure to carry out indispensable and obvious investigative steps and ignoring highly relevant facts; altering or hiding police reports manipulating evidence submitted to court or murdering, harassing and threatening law enforcement personnel, witnesses and the victim’s relatives."

Interrogators and guards used torture methods to extract information and punish detainees amounting to war crimes, according to the ICC. Torture techniques it said had been used by British forces include the so-called "five techniques", which were banned by the British government in 1972 after they had previously been used in Northern Ireland:

"(1) the imposition of “stress positions” designed to induce muscle fatigue, including by requiring detainees to stand against a wall with their body weight resting against their hands and feet or making them squat with their hands resting on the head for extended periods of time;

(2) sensory deprivation, including by means of hooding and very tight handcuffing

(3) sensory overstimulation, including by exposure to loud music, other forms of noise, and shouting at detainees at close range for a prolonged period of times

(4) sleep deprivation and/or manipulation brought about through a variety of means including stress positions, loud noise or music, bright lights

(5) deprivation or inadequate provision of food and water; 122 (vi) varying degrees of physical assault, including grasping, slaps, blows or kicks, banging detainees against the wall, and other forms of harsh or rough treatment."

The ICC noted the failure of soldiers to report alleged sexual crimes and said further review was needed to be made to address the lack of reporting:

"Several notable features stand out from the Camp Breadbasket court martial. First, although multiple military personnel knew about the alleged abuses (including the alleged sexual crimes), each failed in their duty to report them. The conduct only came to light when one of the soldiers involved in taking trophy photographs had the photographs developed in a civilian shop and the shop assistant reported the conduct to civilian police, who made an arrest.

"Second, during his testimony, when asked why he had not reported alleged criminal conduct at Camp Breadbasket, Corporal Kenyon asserted that, “there was no point in passing anything up the chain of command, because it was the chain of command who was, in my eyes, doing a wrongdoing to the Iraqis to start off with, and they were passing Iraqis down to us, for us to do the same things basically.”

6) Teenagers beaten up in custody

In April 2004, video footage provided by a whistleblower revealed how four civilians, including two teenagers, were violently assaulted by UK troops.

"The video footage depicted soldiers 'beating [the captured teenagers] senseless with vicious blows from batons, boots, and fists' before 'what appears to be an officer' delivered a 'full-force kick in the genitals of a cringing lad pinned to the ground' and a cameraman delivered a 'commentary urging his mates on'. According to the UK army press release on the incident, the video footage shows an alleged kick to the body of a deceased Iraqi civilian." 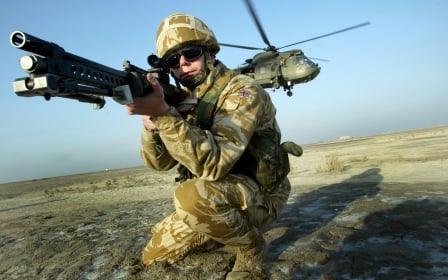