Despite decision against refugees, four Syrians at the centre of the case will be allowed to stay in the UK The High Court has backed the British government in an appeal against a landmark ruling allowing Syrian refugees living in the Calais refugee camp to come to the UK.

Now campaigners fear that it will be harder to reunite refugee children with their families in Britain.

Earlier this year an immigration judge decided that three teenagers and a 26-year-old man should immediately come to the UK to live with their relatives while their asylum claims are assessed.

Lawyers for the refugees had argued that they faced intolerable conditions in the camp. They said that allowing them entry would support their right to a family life under Article 8 of the 1998 Human Rights Act.

The four Syrians were subsequently admitted, in a decision hailed by campaigners as a landmark ruling which could pave the way for other unaccompanied minors from refugee camps across Europe.

But on Tuesday three Court of Appeal judges backed the Home Office's bid to reverse the move, though the four Syrians will not now face deportation as they have already been admitted to the country.

Lawyers for refugees: Regulation is not working

Under a law called the Dublin Regulation, asylum claims must be heard in the first country the refugee reaches: however, a child refugee can have their claim transferred to another country if they have relatives lawfully living there.

Lawyers for the Syrian child refugees had argued that the regulation was not working because no children had yet been brought to the UK from the Calais camp. They also argued that it would take up to a year for them to come to the UK because of bureaucratic failings in France.

Handing down their judgment, Court of Appeal judges Lord Justice Moore-Bick, Lord Justice Longmore and Lord Justice Beatson said that the ruling bypassing the Dublin Regulation “can only be justified in an especially compelling case”.

The judgment said: “In the light of the psychiatric evidence before the upper tribunal about the first four respondents and the evidence of the French lawyers and NGOs adduced by the respondents suggesting that there would be a delay of just under one year in the French system and that there was no possibility of expedition, the result the tribunal reached may have been justifiable.

“I am, however, not entirely persuaded that, had the tribunal applied the correct test, it must inevitably have reached the same conclusion. In those circumstances, the appropriate course would normally have been to remit the matter to the tribunal for reconsideration.

“However ... I have concluded that it would be inappropriate to take that course. I would therefore simply allow the appeal and make no further order.”

Campaigners: It's a great day for the bureaucrats

George Gabriel, a campaigner with Citizens UK, which helped to bring the the case on behalf of the Syrians, warned that the ruling will make reuniting refugee children with their families in Britain that much harder.

He said: “When we brought this case, it was an enormous kick up the arse for the government, and the system is now working better because 50 children have been brought to Britain since the case.

“But it means that charities like ours will have to continue identifying children one by one, taking them through a lengthy bureaucratic process as they have to wait to be reunited with their loved ones.

Gabriel added that "today is a great day for bureaucrats because it means that the letter of the process will have to be followed despite the clearly unacceptable wait this leaves refugee children facing.

"We fear this means many will take the situation into their own hands, choosing between people traffickers on the one hand and train tracks on the other.” 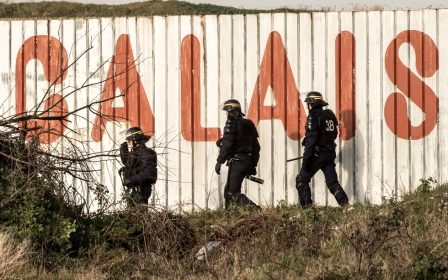