UK would be safer if it stopped following US foreign policy, says Jeremy Corbyn

In an exclusive MEE interview, the veteran anti-war MP highlights many of the issues currently facing the Middle East and North Africa Labour leadership hopeful Jeremy Corbyn has said the United Kingdom must become "a constant irritant on human rights” and should stop looking to the United States when formulating foreign policy, in an exclusive interview with Middle East Eye.

The veteran left-wing MP said that the UK would be safer from terrorist threats "by not being part of US foreign policy at every step”. He explained his foreign policy as Labour leader would be focused on dealing with issues of inequality and environmental crises.

“My basis [in foreign policy] would be that I want to see the protection and preservation of human rights around the world, dealing with issues of global hunger and inequality, and the environmental disaster that is facing this planet,” he told Middle East Eye in an interview published on Monday.

“I think [this] should be the basis of how we go about things, rather than the basis at the moment which often appears to be [to look at] what the White House wants and [then] see if we can deliver it for them.

“We should be for human rights, not a force for military interventions," Corbyn, who is chair of the Stop the War Coalition, said.

The Islington North MP argued that the UK would only be able to pursue a human rights focused foreign policy if the country remains within the European Court and European Convention on Human Rights.

“If we withdraw from the convention, who are we to criticise others who are in breach of it?” he asked.

The Conservative government, which was elected in May to serve a five-year term, has refused to rule out leaving the European Convention on Human Rights.

Corbyn discussed his vision for a human rights focused foreign policy in a wide-ranging interview that took in many of the issues currently facing the Middle East and North Africa.

Dealing with the Islamic State group

The Islamic State (IS) is at the tip of everyone’s tongue when talking about the region at the moment and Corbyn was eager to discuss the group with Middle East Eye.

The UK was recently revealed as having aided American airstrikes in Syria against IS, in spite of a 2013 Westminster vote that opposed bombing Syrian territory. Corbyn said he is against air strikes targeting IS in Syria, explained that he is unsure who the UK would be supporting, and argued it "would only make things worse".

Corbyn was slightly ambiguous on his understanding of the origins of IS.

"[We must] recognise that the vast amount of arms we have sold, particularly to Saudi Arabia, end up somewhere and those are now being used."

Corbyn said IS "is not in total, but in part" a result of Western military intervention in the region. He explained that he would tackle the rise of IS through economic means and by providing support to other groups.

"What I would do is try to economically isolate them and try to unite other groups in the region by giving support to autonomy for the Kurdish groups."

Corbyn lamented the recent resumption of hostilities between Turkey and the Kurdistan Workers' Party (PKK). He urged for the ceasefire to be renewed and said "serious talks" must take place about recognising Kurdish rights in the region.

Corbyn has served as MP for Islington North since 1983 and has always had a strong interest in foreign affairs. In that period he has been on countless overseas delegations, including a visit to Iran last year, which took place amid intense negotiations between world powers and Tehran over a deal to curb the Iranian nuclear programme in exchange for sanctions relief.

A deal was finally announced last month, which Corbyn welcomed, but he said it should have at least in part addressed Iran’s poor human rights record.

“I wish the agreement included issues of human rights," he said. "Too often when nations discuss political agreements it’s the human rights agenda that drops off. It shouldn't – [human rights] should be at the centre of it."

Iran is regularly accused of abusing the rights of minority communities, including of Arabs and Kurds, and Tehran recently came under the media spotlight for having executed nearly 500 people in the first half of 2015.

Inviting President Sisi to the UK

Corbyn also addressed the recent controversy over the UK having invited Egyptian President Abdel-Fattah al-Sisi for a state visit, despite concerns over widespread rights abuses in the North African country.

The Labour leadership hopeful said if he were prime minister then President Sisi would not be a state guest of the UK.

"I would not have invited [Sisi] to the UK because of my concerns over the use of the death penalty in Egypt and the treatment of people who were part of the former government of Morsi, which was elected, and the continued imprisonment of President Morsi," he said.

"That’s not to give a judgment on the Brotherhood or any other party – it’s to give a judgement on what democracy actually means."

Former army chief turned president Sisi has led a far-reaching crackdown against Morsi’s Muslim Brotherhood movement, since ousting the country’s first democratically elected president in a military coup on 3 July 2013. Tens of thousands of people have been imprisoned and hundreds sentenced to death in speedy trials roundly condemned by human rights groups.

The time for military action

Over the course of his long political career, Corbyn has always been known as a staunch opponent of war. He told Middle East Eye that the reason for his anti-war stance is that there are only ever negative consequences to be had from conflict.

When asked if there was ever a situation in which he would support military action, the 66-year-old argued that there are situations where an international peace-keeping force could be useful.

"There is a role for peacekeeping forces under UN command," he said. "They have to be properly managed and led. They have to have very clear terms of reference for what they are going to do.

"It’s got to be on the basis that there’s a wish to have a ceasefire in the first place. You cannot go in and bomb your way to peace – you go in on the basis of political negotiations.

Listen to the full 17 minute interview by Charles B. Anthony with Jeremy Corbyn, in which he talks about the “many problems” in Saudi Arabia, says which country he would visit first as Labour leader, and deals with concerns around his rise to prominence causing a split within the party.

The result of the Labour leadership election will be announced on 12 September. 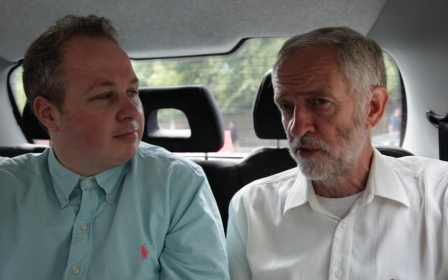 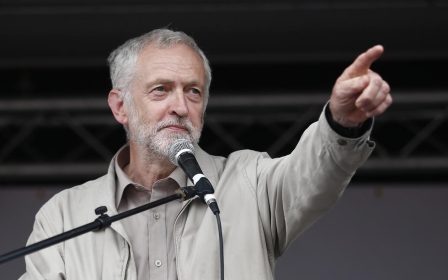 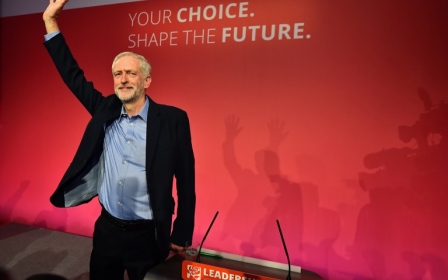