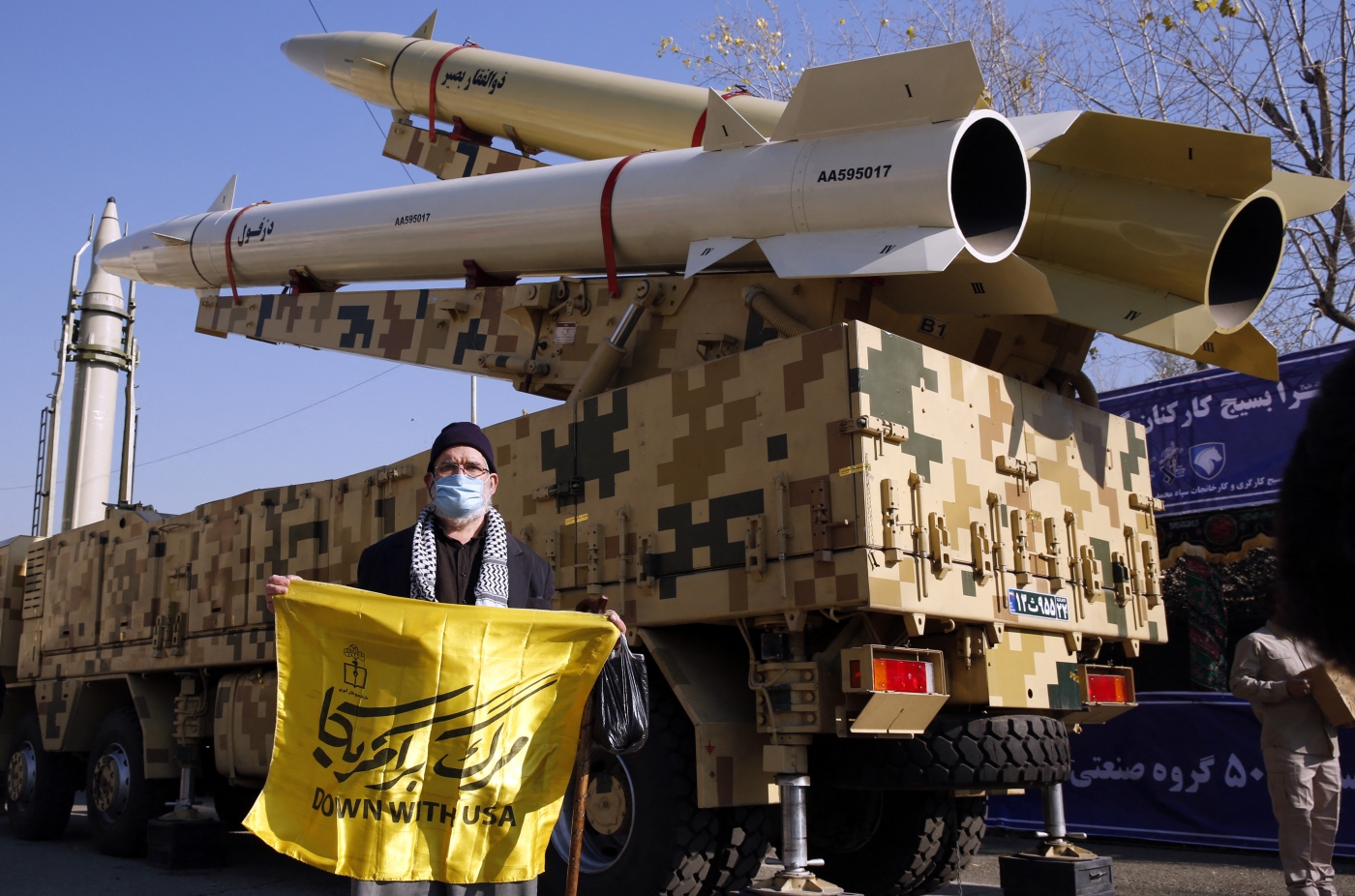 An Iranian holds an anti-US sign next to Zolfaghar-Basir and Dezful missiles displayed at Tehran's Mosallah mosque on the second anniversary of an Iran missile attack on a US military base in Iraq, on 7 January 2022 (AFP)
By
MEE staff

Citing US and "allied security officials", the Washington Post reported that Tehran sent officials to Moscow on 18 September to finalise the deal, adding the surface-to-surface missiles to an agreement that already appears to have delivered Iranian combat drones to Russia.

A Ukrainian counteroffensive in recent weeks has pushed Russian forces back from parts of territory they had captured since the invasion began in February. Washington believes Russia is running low on precision-guided missiles, which it used in a heavy barrage on Ukrainian cities last week.

Speaking on the condition of anonymity, the officials said Iran was preparing to ship to Moscow Fateh-110 and Zolfaghar missiles, capable of striking targets at a distance of 300km and 700km respectively.

Iran has reportedly already delivered Mohajer-6 and Shahid-136 combat drones to Russia. Though Iran denies it has sent Russia any military hardware, several images of both types of drones have emerged from Ukraine. 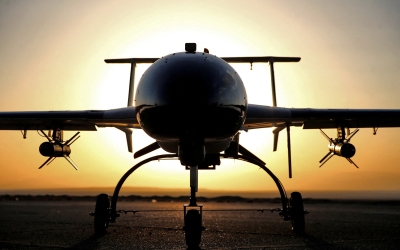 Earlier this week, Iranian military instructors, believed to be affiliated with the elite Islamic Revolutionary Guard Corps, were reportedly present on the ground in Ukraine training Russian troops on how to use the "kamikaze" Shahid-136 drone.

According to Ukraine's Center for National Resistance, Iranian military personnel were brought by Russia to the occupied regions of Kherson and Crimea.

The Ukrainian government said the Iranian instructors were based in the Black Sea village of Zalizniy Port, Hladivtsi in the Kherson region, and in Crimea's Dzhankoi.

The Center for National Resistance said that the Iranians taught the Russians how to launch Shahid-136 drones on Ukrainian civilian targets, including strikes on Mykolaiv and Odesa.

The Ukrainian government has also released footage of a Mohajer-6 combat drone being retrieved from the Black Sea.

Iran and Russia have long held good relations and have been partners in Syria's war over the past decade, yet Kyiv also maintains diplomatic relations with Tehran.

However, following reports of Iranian-made drones on the battlefield, Ukrainian President Volodymyr Zelensky downgraded diplomatic relations with Iran by withdrawing its ambassador's accreditation in Kyiv.

Ukraine also began expelling Iranian students in response to the apparent Russian use of Iran's drones.

Iranian students told Middle East Eye that Ukrainian immigration officials said their visas would not be extended because Iran was sending drones and personnel to Russia.

"The immigration officer behaved very angrily with us and told us our visa wouldn't get extended because of 'the drones and the military officers your country sends to train Russians'," one student told MEE.

"'You should be responsible for your government's activity'," he quoted the officer as telling the students. 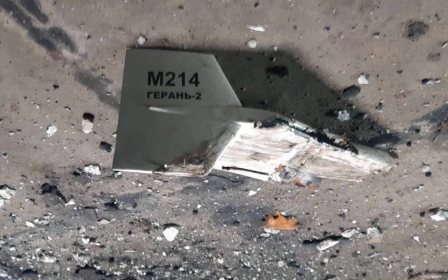 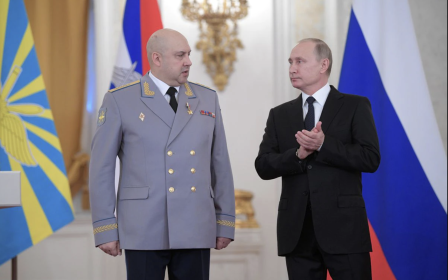 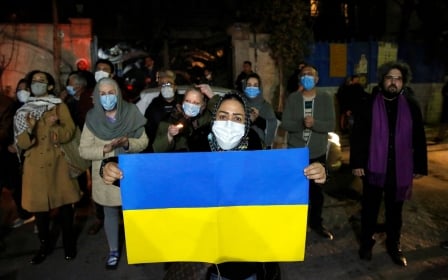