The UN's cultural body will on Sunday award its annual press freedom prize to Mazen Darwish, a Syrian journalist and rights activist who has been jailed by his country’s government for more than three years.

Darwish was arrested on 16 February 2012 along with Hani Zaitani and Hussein Ghreir, his colleagues at the Syrian Centre for Media and Freedom of Expression. They are accused of "promoting terrorist acts”.

At a ceremony in Latvia later Sunday to mark World Press Freedom Day, UNESCO will award its prize to Darwish "in recognition of the work that he has carried out in Syria for more than 10 years at great personal sacrifice, enduring a travel ban, harassment, as well as repeated detention and torture”.

Rights groups, press organisations and the UN have repeatedly called for his release, to no avail.

Darwish is one of the founders of syriaview.net, an independent news site banned by Syrian authorities in 2006 - a move he said at the time was part of the state's "repression which targets free expression and democratic activists".

Darwish reported on human rights in Syria prior to the uprising, and was arrested in 2008 after covering riots in a town near the capital Damascus.

The journalist was arrested shortly after participating in a protest calling for the release of political prisoners, according to the Syrian Observatory for Human Rights.

A terrorism court in Damascus postponed Darwish’s court date for the 12th consecutive time this week – he and his co-defendants from the Syrian Centre for Media and Freedom of Expression are now scheduled to face court on 14 May.

Darwish was honoured in 2014 by Sir Salman Rushdie, the prominent British Indian novelist who chose to share the PEN Pinter Prize with him.

In a statement smuggled out of jail when the prize was announced, Darwish called for pluralism, writing that Syrian journalists were “paying the highest price for an ideology of oppression”.

“We will lose our lives and our future when we prevent those whose opinions differ from ours from expressing their views.”

Human rights groups say some 100,000 people have been detained since the uprising against Bashar al-Assad's rule erupted in March 2011, which escalated into an armed rebellion after the government unleashed a brutal crackdown.

Another 50,000 are believed to be held by the government’s myriad of military intelligence branches.

Journalists in Syria have paid a particularly high price during the more than four-year conflict – at least 90 media workers have been killed there since the uprising began, according to the Committee to Protect Journalists.

Created in 1997, the annual UNESCO/Guillermo Cano World Press Freedom Prize honours a person, organisation or institution that has made a contribution to the defence and, or promotion of press freedom anywhere in the world.

It is named in honour of Guillermo Cano Isaza, a Colombian journalist who was assassinated in front of the offices of his newspaper, El Espectador, in Bogota in 1986. 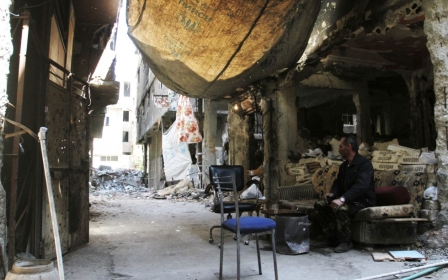