UN says around 350,000 people have fled Syria's Idlib since 1 December 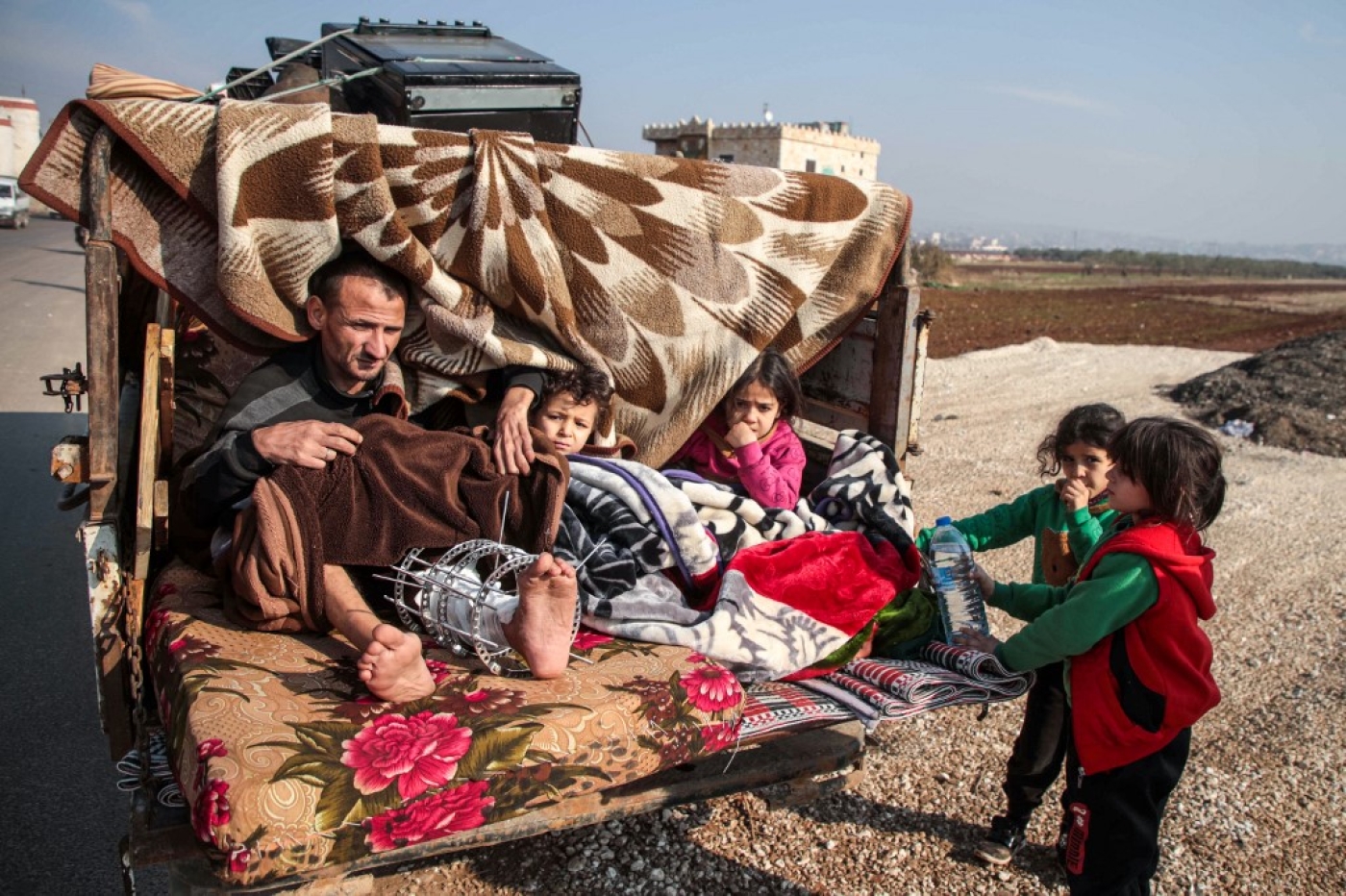 Around 350,000 Syrians, mostly women and children, have been displaced by a renewed Russian-backed offensive in rebel-held Idlib province since early December, and have sought shelter in border areas near Turkey, the United Nations said on Thursday.

The UN Office for the Coordination of Humanitarian Affairs (OCHA) said in its latest situation report that the humanitarian situation continued to deteriorate as a result of the "escalating" hostilities.

Russian jets and Syrian artillery have pounded towns and villages in recent weeks in a renewed assault backed by pro-Iranian militias aimed at clearing the opposition.

UN officials said earlier this month the humanitarian crisis had worsened with thousands of civilians displaced in Idlib province, on top of close to 400,000 people who fled earlier bouts of fighting to the safety of camps near the Turkish border.

The latest offensive has brought the Russian-steered military campaign closer to heavily populated parts of Idlib province, where nearly three million people are trapped, according to the UN.

In the city of Idlib itself, 18 civilians were killed in air strikes on Wednesday, shattering the truce brokered by Russia and rebel backer Turkey.

Ahmad al-Jarban, from the Maarat al-Numan, said he had had to flee his home following the bombardment of the city.

"I remember the last night in the city, we lived in a situation as if it was an insurrection, as all kinds of weapons were conducted on civilians in homes," he told Middle East Eye.

"The screaming voices of women and children because of fear were so indescribable that the Civil Defence (White Helmets) were unable to accommodate this situation and evacuate the wounded due to the intense bombing."

"The warplanes did not leave us, they targeted the main roads, the cars of the displaced, and the city's entrances, left dozens of victims, and I miraculously survived one of these raids."

The violence, which saw air strikes, shelling and ground combat, further buried a ceasefire announced by Russia on Sunday in Idlib. 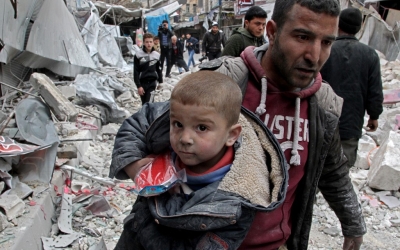 Government and allied forces took two villages in their advance towards the key town of Maaret al-Numan, the Syrian Observatory for Human Rights said.

At least 22 anti-government fighters were killed, most of them members of Hay'at Tahrir al-Sham, a group that includes fighters from the former al-Qaeda affiliate in Syria.

Seventeen government troops and allied militia were also killed in the fighting, said Rami Abdurrahman, the head of the Observatory.

Abdurrahman added that government forces were now just seven kilometres from Maaret al-Numan, a town that was one of the bastions of the uprising against Syrian President Bashar al-Assad's rule.

Nearly nine years into the conflict, protests against the government are still held in some of the province's towns.

Reem Al-Ahmad, also from Maarat al-Numan, said the renewed violence had crushed whatever hopes he had of returning home any time soon.

"I was happy after hearing the announcement of the ceasefire," he said.

"I was optimistic about returning to our house, but I expected that the regime would violate it as it had done in previous times, and indeed it had started bombing the areas again."

"The world is conspiring against us. Even the collapse of the currency due to Western pressure on the regime harms us as civilians. Prices have become more than they were in the past, which increases our suffering as refugees." 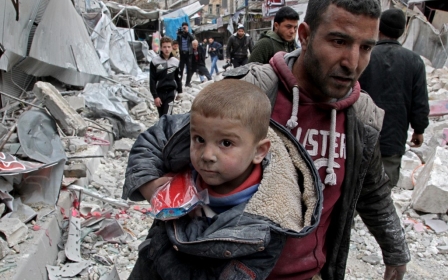 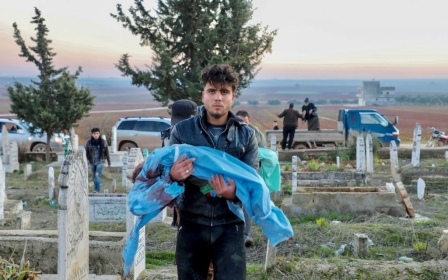 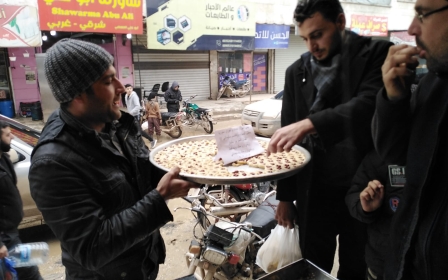