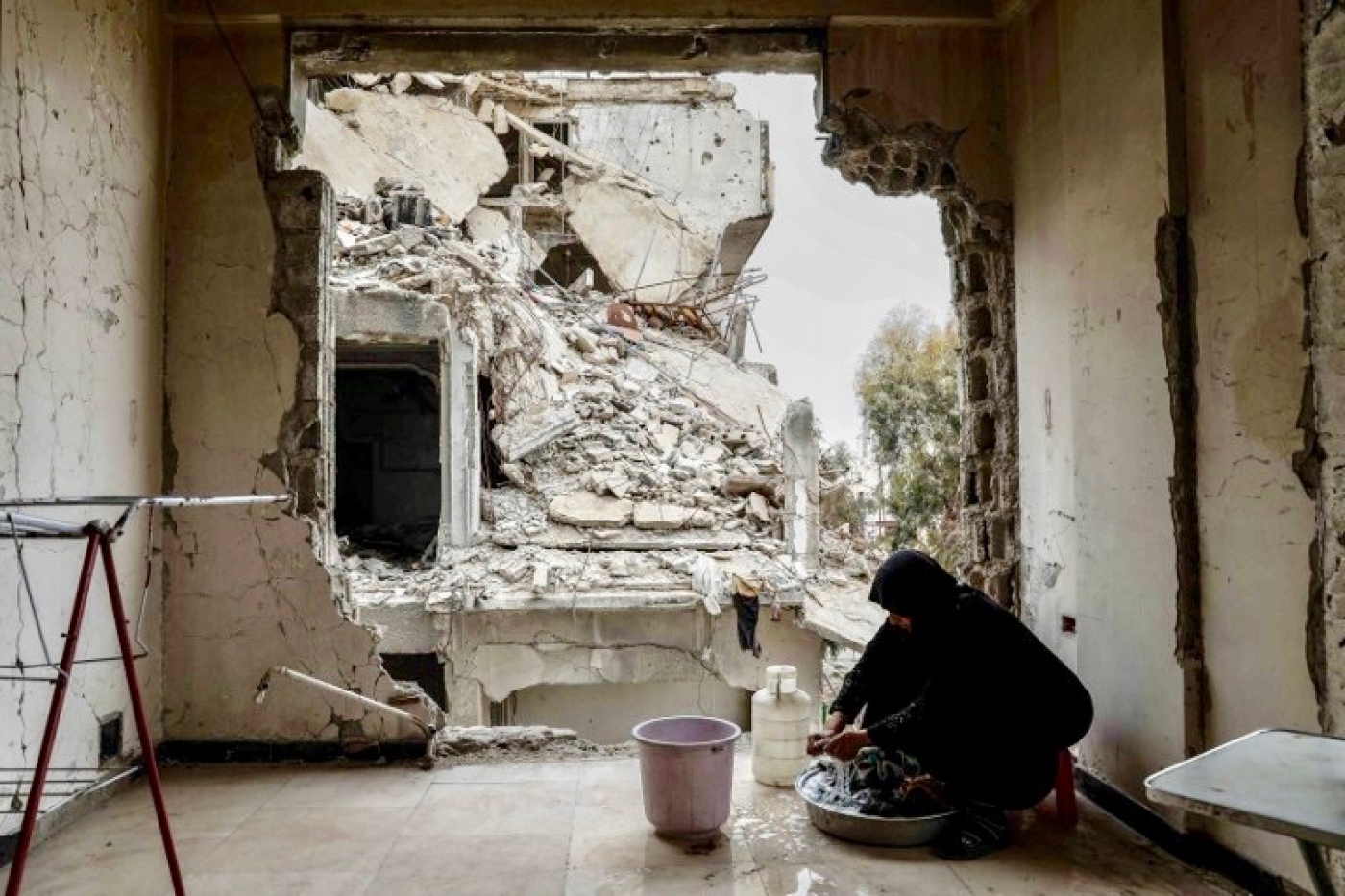 Syrian Umm Mohammed washes laundry earlier this week at her home in rebel-held town of Douma, on outskirts of capital Damascus (AFP)
By
MEE and agencies

Syrian President Bashar al-Assad and his allies, Russia, Iran and Shia militias from nearby countries, are seeking to staunch the biggest rebel assault in months, which began this week in the capital Damascus and the Hama countryside.

"Growing violations in recent days are undermining the ceasefire regime addressed through the Astana meetings, with significant negative consequences for the safety of Syrian civilians, humanitarian access and the momentum of the political process," de Mistura said in a statement on the third day of peace talks.

The UN envoy said he had written to the foreign ministers of Russia, Iran, and Turkey - the three guarantors of the ceasefire that came into effect on 30 December, urging them to "undertake urgent efforts to uphold the ceasefire regime."

Nasr Hariri, lead negotiator of the HNC, said after meeting the UN envoy on Saturday that 15 civilians were killed and 70 wounded in the bombing of a market in Hamouriya in the Damascus countryside.

"I am talking about the killing machine and terror machine of the Assad regime," Hariri said, reading the names of victims of the "massacre" to reporters in Geneva.

He also accused the government of the forced displacement of civilians and imposing "demographic change".

"We do wish to have an end, a comprehensive end for this vicious violence in Syria, to push forward the political process and transition, but up to this moment we have not yet found a serious partner to do so," he said.

Asked if rising violence could see the talks collapse, Hariri said: "If we don't have that real ceasefire then things will deteriorate very badly."

The government delegation led by Syrian ambassador Bashar al-Ja'afari presented the UN mediator on Saturday with a paper on fighting terrorism, another agenda item that Damascus views as the priority.

The Syrian Network for Human Rights said in a report it had documented 948 civilians killed, including 192 children and 91 women, "largely at the hands of the Syrian regime and Russia" since the last round of Geneva peace talks ended on 3 March.

The latest round of talks wrapped up a second full day with little hope of a breakthrough and rivals still deadlocked on key issues. They have not yet met face-to-face.

Years of diplomatic efforts have failed to end the Syrian conflict, which has killed more than 320,000 people and displaced millions since it started in March 2011 with protests against Assad's government. 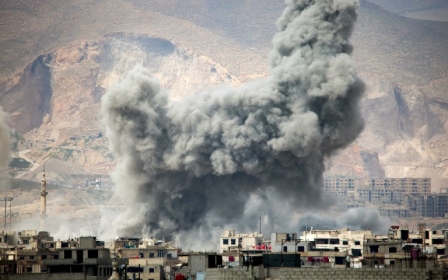 Syria War
Syria war: The recent attacks in Damascus are only the start
Mona Alami