UN warns of catastrophe as 18m face famine in Yemen 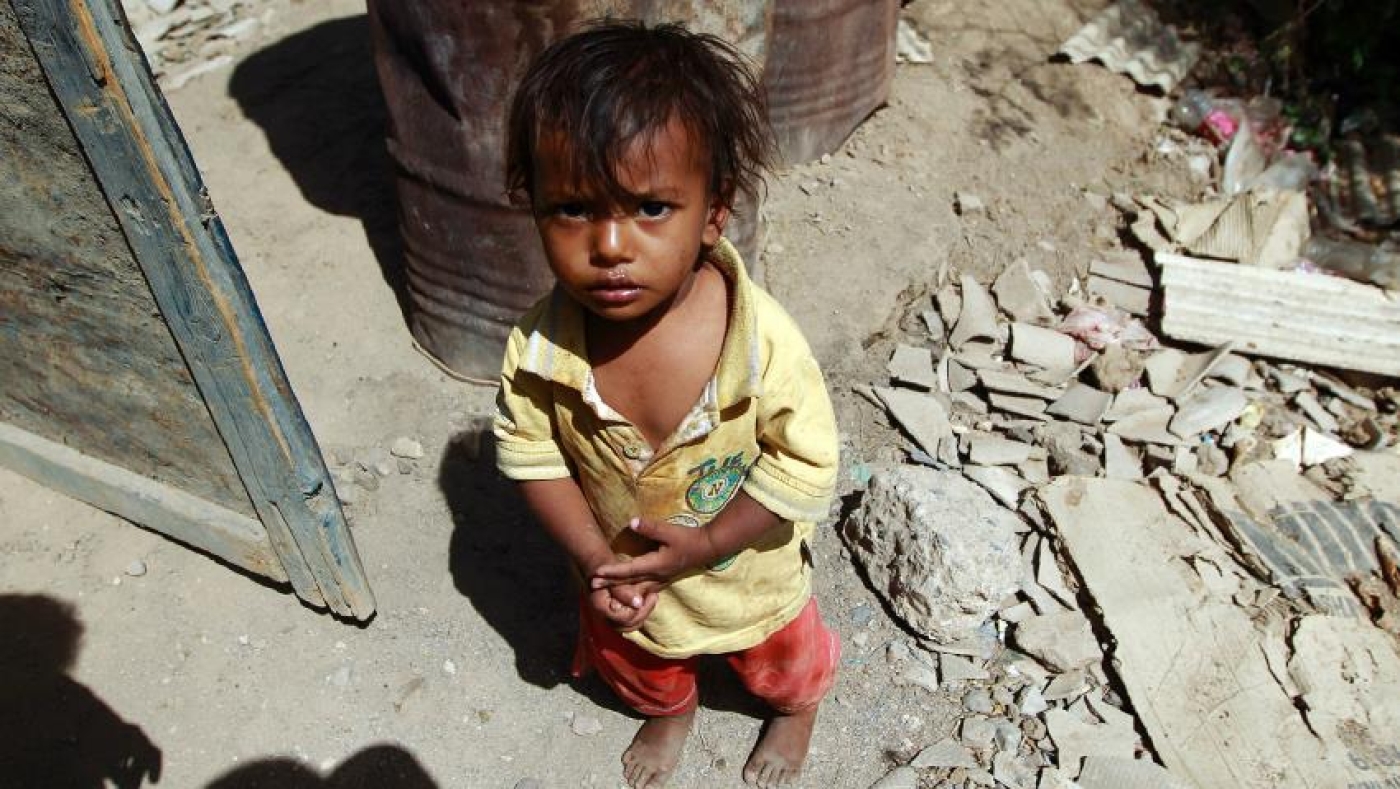 Seven million people in Yemen 'do not know where their next meal is coming from,' says UN (AFP)
By
MEE and agencies

Millions of Yemenis are on the verge of starvation the United Nations has warned, as the body said the world is facing its biggest humanitarian crisis since 1945.

The majority of those in need are in Yemen, said the body which warned of a global "humanitarian catastrophe".

More than 18 million people in Yemen now need assistance, and more than seven million "are hungry and do not know where their next meal is coming from," the UN emergency relief coordinator, Stephen O'Brien, told the UN Security Council on Friday. Those going hungry in Yemen had increased by three million since January, he said.

O'Brien said that US$2.1 billion was needed this year to reach 12 million people with life-saving assistance and protection in Yemen. "Only 6 per cent of that funding has been received thus far," he said.

Yemen, the poorest country in the Middle East, has for years been plagued by instability and economic deprivation, and the civil war there has exacerbated the situation.

Fighting on the ground and air strikes on areas held by Houthi rebels, targeted by a Saudi-led coalition backed by the US and UK, have displaced more than three million people.

Before 2015, almost half of all Yemenis lived below the poverty line, two-thirds of youths were unemployed, and social services were on the verge of collapse.

O'Brien said $4.4bn was needed by July to avert the disaster of famine and starvation not just in Yemen but around the world.

"We stand at a critical point in history," O'Brien told the Security Council on Friday. "Already at the beginning of the year, we are facing the largest humanitarian crisis since the creation of the United Nations.

"Now, more than 20 million people across four countries face starvation and famine. Without collective and coordinated global efforts, people will simply starve to death. Many more will suffer and die from disease.

"Children are stunted and out of school. Livelihoods, futures and hope will be lost. Communities' resilience is rapidly wilting away. Development gains reversed. Many will be displaced and will continue to move in search for survival, creating ever more instability across entire regions."

At that time, he revealed the UN had only received $90m so far in 2017, despite generous pledges.