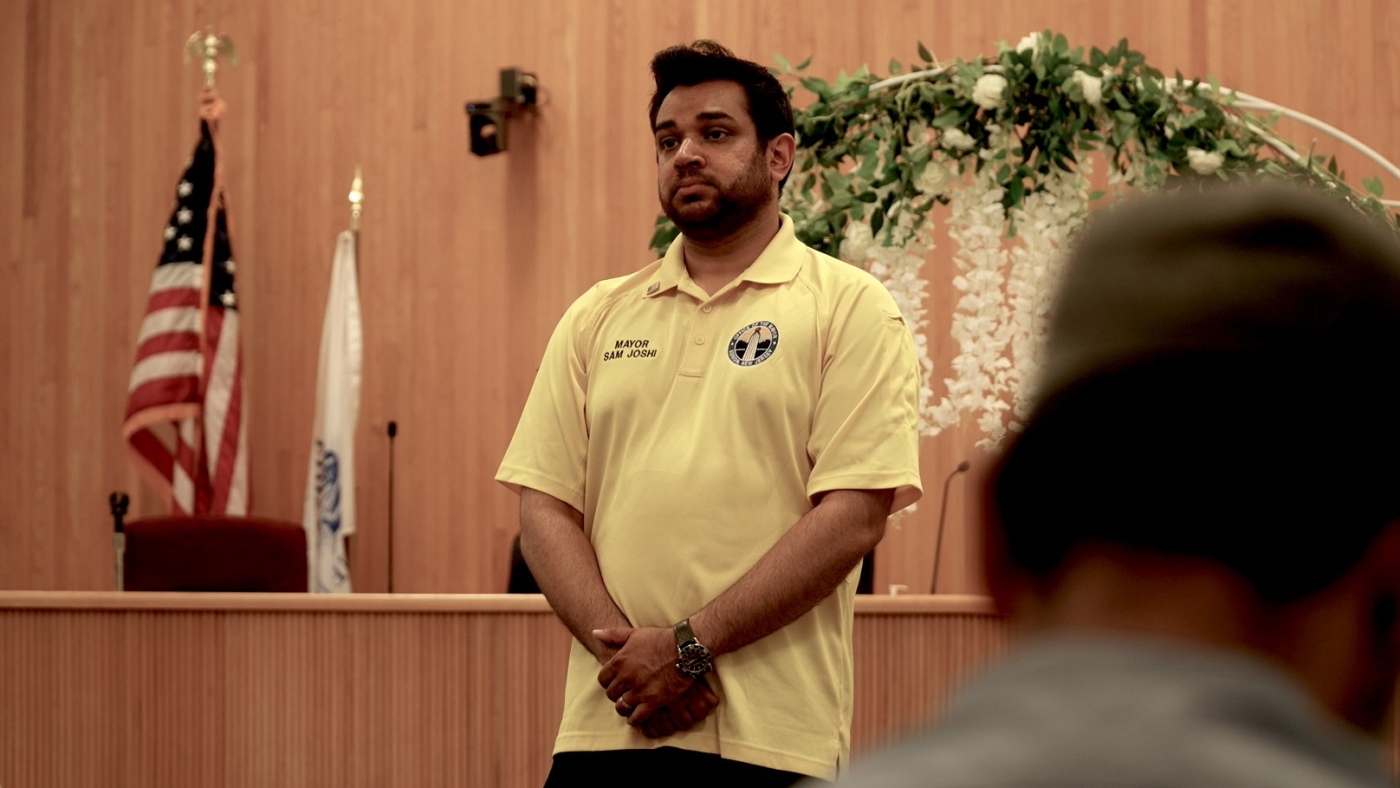 The mayor of a New Jersey town has denounced the inclusion of a bulldozer at last weekend's Indian Independence Day rally saying it was "unacceptable" and called for an apology from the group that organised the parade in his town.

Addressing several concerned residents and activists in a meeting on Friday, Samip Joshi said he understood that the inclusion of the bulldozer at the parade was a symbol of division and called for an apology from the Indian Business Association, which had organised the rally.

"I understand a bulldozer is a symbol of division and is absolutely unacceptable," Joshi told the delegation made up of local residents and activists from the Indian American Muslim Council, Council on American-Islamic Relations and Hindus for Human Rights. "There is no place for that in Edison Township," Joshi added.

"I would like to see an apology from the Indian Business Association," Joshi said.

Over the past few years, bulldozers have become a symbol of hate in India, in a disturbing trend where authorities use excavators to demolish the homes of Muslim activists under the pretext of the structures being illegal.

However, several human rights groups as well as the UN have called for an end to the practice, describing it as collective punishment. Since Narendra Modi became prime minister in 2014, human rights groups have reported an increase in abuses against minorities, including Muslims and Christians.

Joshi, who attended the rally on August 14, said he saw the bulldozer during the parade but claimed he was unaware of what it represented.

"I only found out the next day what it meant," Joshi told the delegation.

Earlier, activists and residents told the mayor there had to be consequences for the Indian Business Association as organiser of the parade, calling for a suspension of the annual India rally that has taken place for the past 19 years.

Activists said that it was unacceptable that an event billed as rally celebrating Indian independence had the national spokesperson of the Bharatiya Janata Party, the right-wing party ruling India, as its guest of honour.

Why was a bulldozer at an India Independence Day event in New Jersey?
Read More »

"It was an extremist parade. If they want to have a Hindu right rally, then call it that," one Indian American activist based in Edison, who asked to remain anonymous, told the mayor.

Joshi wouldn't commit to suspending future rallies but promised that his town would be implementing a screening process for future events.

The activist told the mayor that several Muslims were now feeling uncomfortable in the town knowing that there were Hindu nationalists living among them.

Though the delegation said they were thankful for the mayor's willingness to meet and address their concerns, several activists said they wouldn't be satisfied with an apology alone. "A hollow apology will not work. There is an urgent need to create a task force which can identify and mitigate bias and hate incidents," the activist told MEE after the meeting concluded.

One resident of Edison told the mayor that he was appalled that he wasn't aware of what the bulldozer meant given that so many of his constituents were from the subcontinent.

Amsi, an Indian American from New York, told the mayor she was concerned about the precedent the events in Edison could have for other parts of the country.

"Edison has the largest concentration of South Asians in the US. Everyone that's part of the Indian diaspora in the US knows Edison. We pray here, we have businesses here, we go out to eat here. It is a safe haven.

"When we see a bulldozer being driven around during India's independence day parade, it's alarming. We see it as a symbol that is meant to intimidate and divide," Amsi, who provided only her first name, said.

The Indian Business Association did not immediately respond to MEE's request for comment. 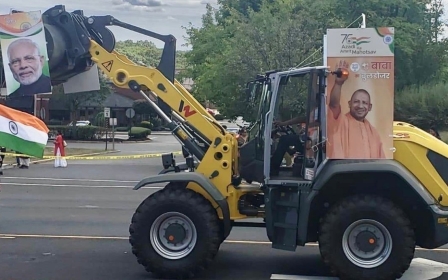 Human Rights
Why was a bulldozer at an India Independence Day event in New Jersey? 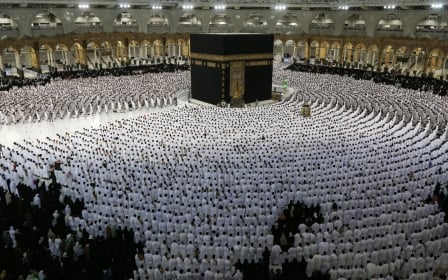