Unity, anxiety, levity: Iranians pull together as tensions with US grow

Already suffering from sanctions, people in Iran are beginning to come round to the idea that an aggressive deterrent might be the best way to see off Trump 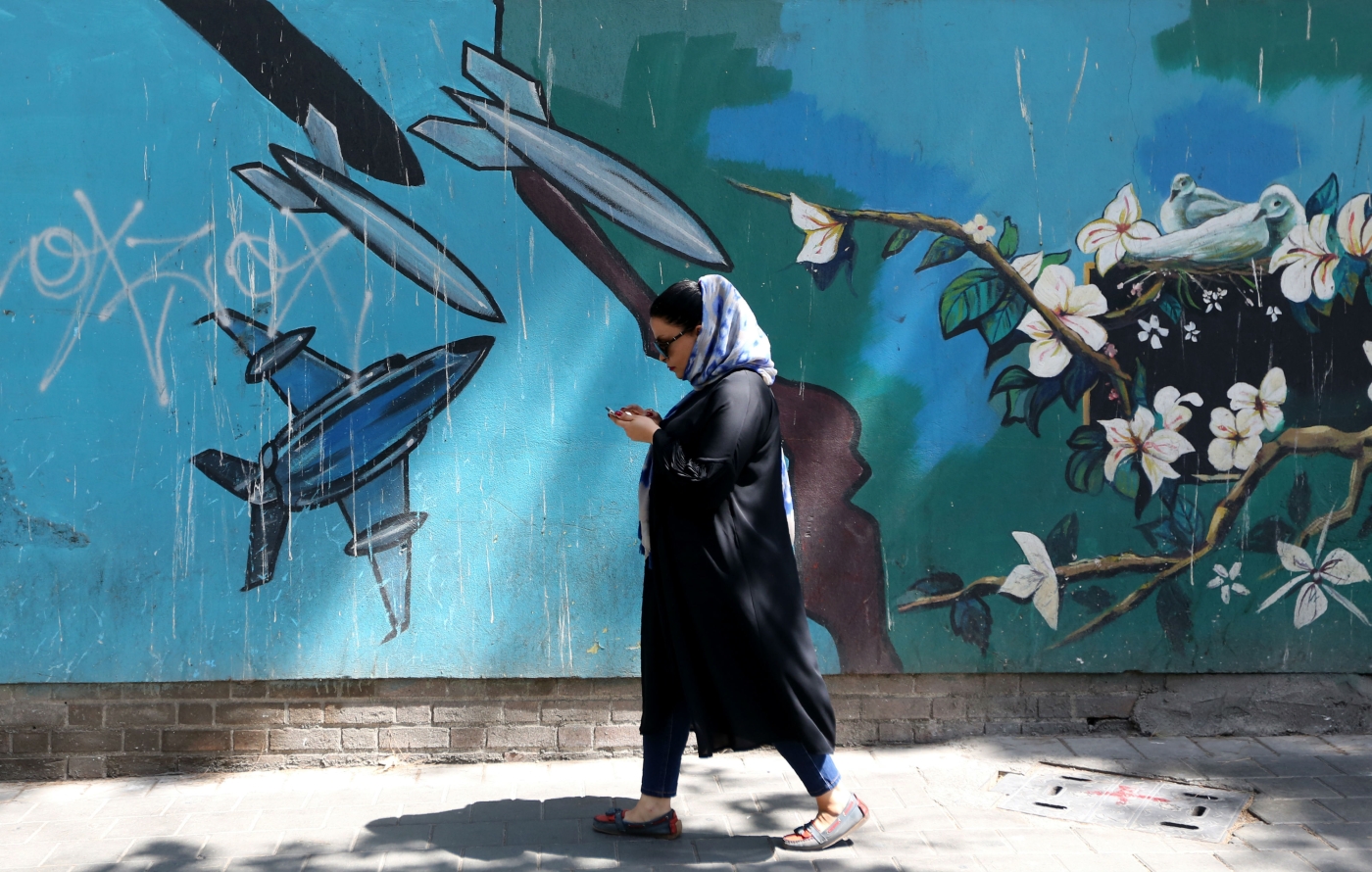 Across the world, fears were raised that Iran's downing of a US drone on Thursday had escalated tensions further between Tehran and Washington and moved the two closer to war.

In Iranian social networks, however, US President Donald Trump's theory that the craft was shot down mistakenly by "somebody who was loose and stupid" has provided a particularly popular joke.

"'I will sacrifice my life for Khamenei' is possibly Trump's next statement," the gag goes, playing on the idea that the US president was trying to excuse Iran's leadership for the flare-up.

This example of Iranian levity is just one of the many reactions bubbling to the surface as Iranians attempt to grapple with a situation that seems to get more serious every day.

'The drone was in Iran for spying, not holding a party'

Generally, the decision by the Islamic Revolutionary Guard Corps (IRGC) to down the US Global Hawk drone – which Iran says was over its territory but Washington contends was over international waters – has boosted the ruling establishment's confidence.

It also seems to have gained support from across the political spectrum.

Soehil Sadeghian, an unemployed man who is no fan of the establishment, told Middle East Eye: "I'm critical of IRGC, but right now there is no difference. I support and back what was done against the US drone, because it was an action in line with protecting Iran's territorial integrity."

He added: "The drone was in Iran for spying, not holding a party."

Meanwhile, a number of people think such a move by Iran was necessary to prevent the US from resorting to a military option against Tehran.

Mojtaba Tavanche, who identifies himself as a reformist and works for an exporting company in Tehran, told MEE: "Shooting down the US drone was completely right.

“Under the current circumstances, the US must not get the message of weakness from Iran as it may embolden this country to enter the phase of military action along with the current economic war."

Relations between Washington and Tehran have plummeted since Trump entered the White House and pulled the US out of the 2015 nuclear agreement that had provided Iran with sanctions relief in return for curbing its development of weapons.

New sanctions have been piled on Iran since, devastating its fragile economy in what Iranians see as an economic conflict. Trump and his national security adviser, John Bolton, have suggested that new sanctions are to be issued on Monday.

Many Iranians acknowledge that downing the drone was risky. Trump said he cancelled a series of retaliatory military strikes as warplanes were in the air after being told 150 people could die in the attack.

That being said, the IRGC's move has increased the elite military unit's popularity to some extent.

Arya Hassani, a civil engineering graduate who describes himself as completely against the Islamic Republic political system due to lack of social freedoms, told MEE: "I'm not really into politics, but Trump has damaged everyone's life in Iran's society.

"At first, when I heard reports about a US possible plan for attacking Iran, I was scared," he said. "But when I saw Trump retreating after Iran shot down the US drone, it really gave me confidence about my country.

"If our economy works as well as our missiles, that would be great."

Following the US withdrawal from the nuclear pact, a number of Iranians have criticised the IRGC and hardliners in power for provoking Washington.

The US has cited Iranian missile launches as evidence that Tehran has nefarious international intentions, and reformists and other Iranians have asked why rocket tests were carried out by the IRGC soon after the nuclear agreement was signed.

Now with IRGC downing what it calls a "spy drone," the hardliners have gained more power, and their narrative about "how to deal with enemy" has been enhanced.

Abdullah Dayani, a taxi driver who supported hardliner Ebrahim Raisi in the 2017 presidential election, noted that now a US aircraft has been shot down Trump appears willing to negotiate.

'If our economy works as well as our missiles, that would be great'

"Where are those guys who used to say that IRGC wanted to scrap the JCPOA by firing missiles?" he asked.

"We have seen in the past few years that talking with the US and its allies based on a soft tone and approach have had no results for Iran, except more sanctions.

"But since Iran has shown muscles, the US is being seen retreating from its previous threats."

Sitting shotgun in the taxi, Masoud Foroutanian, who said he voted for moderate Hassan Rouhani in the 2013 and 2017 presidential elections, agreed with the driver's remarks, saying: "I backed Rouhani as I believed diplomacy and negotiation is the best possible way to resolve our disputes with the super powers, but since Trump's rise to power, he has left no option for us, especially after leaving the nuclear deal."

Iran's missiles aren't designed for war, Foroutanian contended, rather they are being used as a deterrent.

"If we had such missiles and drones in the 80s, the Iraqi dictator Saddam Hussein wouldn't have attacked us," he said.

"Defensive equipment and diplomacy are both important, and none of them should be forgotten."

Such a view is becoming increasingly common among supporters of Rouhani. Where once reformists and moderates were critical of large parts of Iran's budget being spent on missiles, now many have begun to see the weapons as a useful investment.

The Gulf tensions, which have been rising as tankers are attacked around the strategic Strait of Hormuz waterway and leaders' rhetoric becomes increasingly belligerent, has to a great extent unified Iranians.

There is, however, a growing anxiety about what the next development may bring - especially if that means war.

"Since Trump said he wanted to attack three sites in Iran, I have become anxious, and I'm concerned what the next phase of tensions will be," Ebrahim Bani, a teller in a branch of Eqtesad Novin bank in north of Tehran, told MEE. "We still suffer from the repercussions of the eight years of war that was waged by Saddam, but the US shouldn't expect Iran to do nothing while it sends its spy drone to fly over our country."

Bani noted that Iran is already learning to cope with the stress it is being placed under, and that even Trump's recent statements have failed to affect the country's much-maligned currency.

"The thing about Trump's threats is that it is no longer affecting the foreign currency exchange market. Even today [Saturday], the rial appreciated a bit against the US dollar."

Meanwhile, Iranians have taken their debate over the possibility of war to social media, with many users posting the "no to war" hashtag. Not everyone has been supportive of the pacifist position, however.

Ehsan Mansouri, an Iranian Twitter user, posted on Sunday: "When our country is defending itself, the slogan of 'no to war' means no to defending. It's like being in the middle of an armed robbery and stopping the police who want to tackle the thieves by putting up a banner reading 'no to violence'." 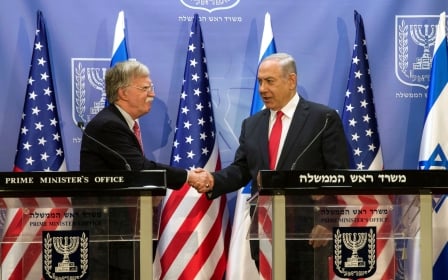