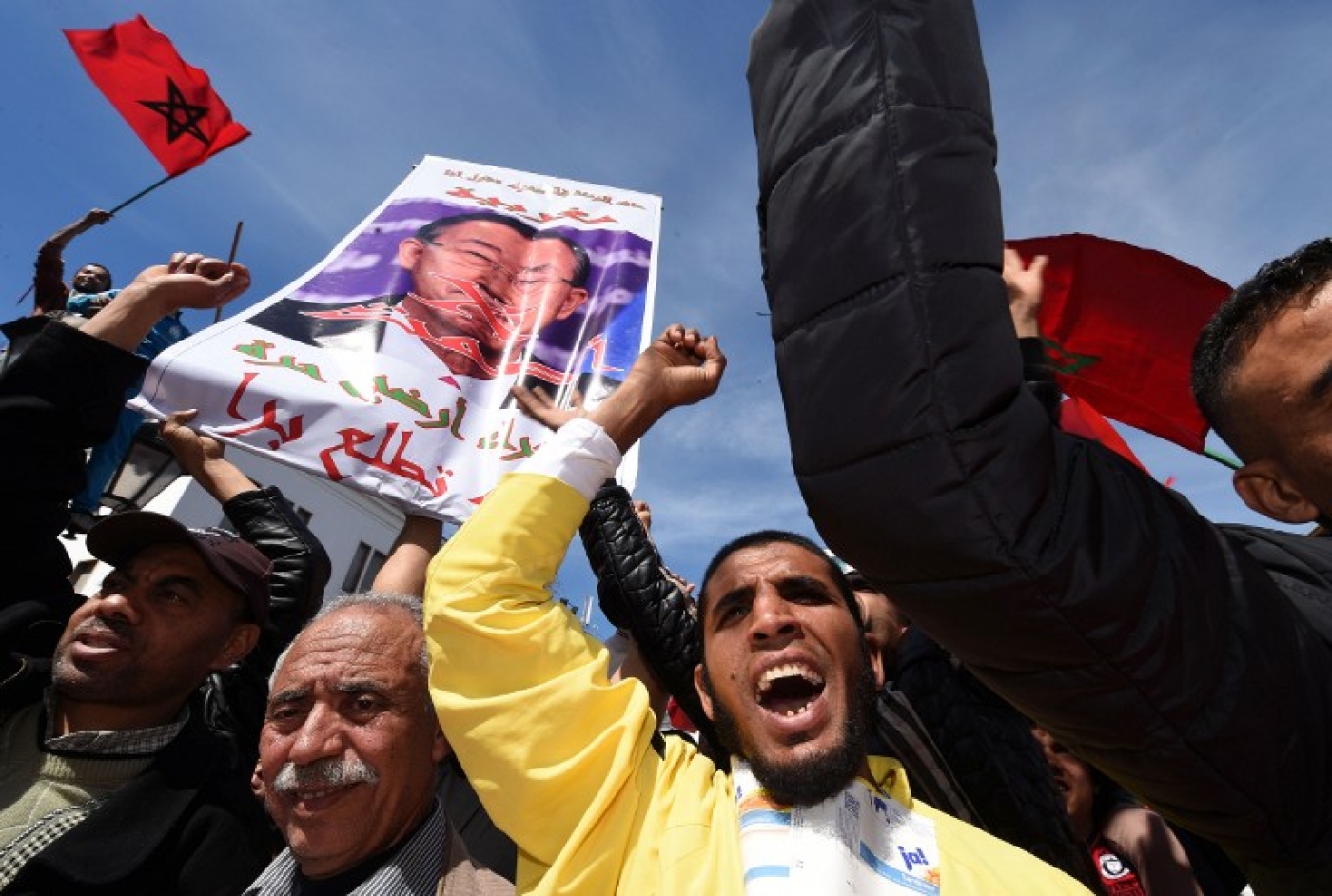 Ban "expressed his deep disappointment and anger regarding the demonstration that was mobilised on Sunday, which targeted him in person," said a UN statement released after his meeting with Foreign Minister Salaheddine Mezouar in New York.

Hundreds of thousands of people carrying banners denouncing Ban's "lack of neutrality" on the Western Sahara issue took to the streets of Rabat on Sunday.

The demonstrations followed Ban's visit to a refugee camp in Algeria housing refugees from Western Sahara and his use of the term "occupation" to describe the status of the territory.

Morocco considers the territory as part of the kingdom and insists its sovereignty cannot be challenged.

The United Nations has been trying to broker a Western Sahara settlement since 1991 after a ceasefire was reached to end a war that broke out when Morocco deployed its military in the former Spanish territory in 1975.

During the meeting with Mezouar, Ban asked for a clarification regarding reports that several members of the Moroccan government took part in the demonstration.

The UN chief charged that the protesters "and their sponsors" had misrepresented his trip to the region and failed to recognise that he was calling for genuine negotiations to achieve a lasting solution to the dispute over Western Sahara.

The UN statement contained unusually blunt language on Ban's response to the Moroccan protests and his meeting with the foreign minister amounted to a diplomatic dressing-down.

During his visit, Ban announced plans to re-launch UN-sponsored talks between Rabat and the Algerian-backed Polisario Front, which is seeking independence for the territory.

In a statement released last week, the Moroccan government said Ban's use of the word "occupation" to describe the status of Western Sahara was "an insult".

Ban visited the camp as part of a regional tour that also took him to Burkina Faso, Mauritania and Algeria, but not to Morocco.

The UN spokesman has said that Ban plans to visit Rabat and Laayoune, the main city in Western Sahara, later this year.

A UN mission, MINURSO, is based in Laayoune, where previous UN chiefs Kofi Annan and Boutros Boutros-Ghali have visited during their mandates.