US and France considering new military strikes against Syrian government

Last year, presidents Macron and Trump vowed a 'joint response' to any new chemical weapons use 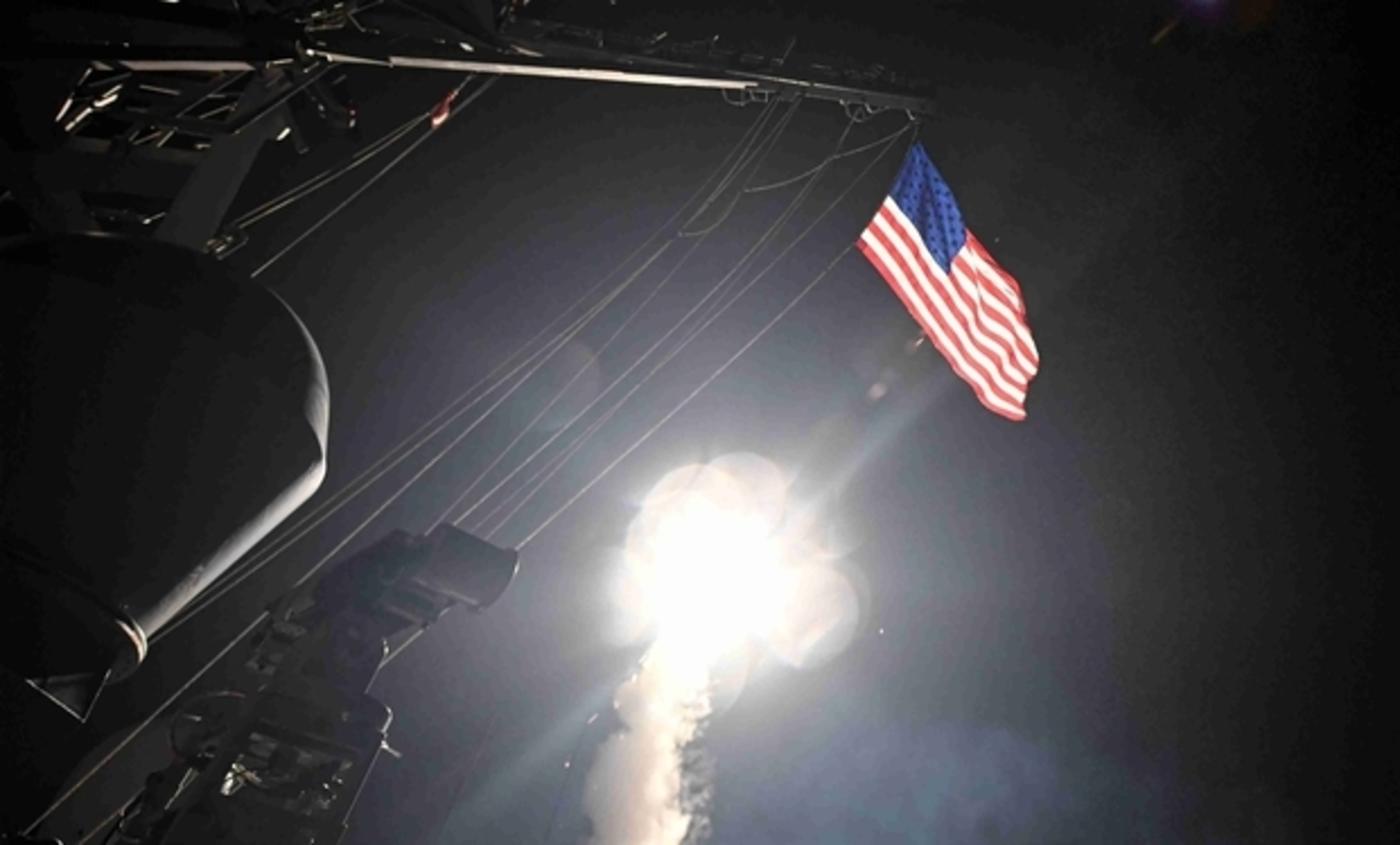 The US is considering new military strikes against Syrian government positions, and France is keen to support the operation, diplomatic sources have told MEE.

Faced with what looks like a stagnant peace process – recent talks in Vienna and Sochi achieved little – and with an increase in violence on the ground, some in the US administration are “keen to take a tougher line on Russia in Syria,” according to a diplomatic source close to the Syrian opposition.

The new stance comes as US-led coalition forces on Wednesday night killed at least 100 government and allied fighters in response to an attack on US allies in eastern Syria.

But the planned US-French action would likely, at least ostensibly, be in response to the ongoing use of chemical weapons in Syria, with new chlorine attacks reported over recent weeks.

There have been at least three reported uses of chlorine gas by the Syrian government in the besieged Eastern Ghouta area outside of Damascus since the start of 2018, according to medics and civilians on the ground.

Led by National Security Adviser HR McMaster, the “rhetoric from the US is changing,” the sources say, and the administration is weighing up something similar to its cruise missile attack on an Idlib airbase last April, which followed a sarin gas attack carried out by the government.

That operation saw the US, in its first unilateral action against the Syrian government, launch 59 Tomahawk cruise missiles from the Mediterranean, following the death of at least 70 people in a sarin attack.

French President Emmanuel Macron, who last year promised to react to any new use of chemical weapons by the Syrian government, is keen to support the US militarily in any new targeted attack, the sources close to the opposition said. The diplomatic sources had attended the recent Geneva peace process meetings, held in Vienna.

In June 2017, two months after the first direct US attack against the Syrian government, Macron and US President Donald Trump vowed a “joint response” to any further chemical attack.

Senior US officials introduced such a possibility last week, cautioning that the administration is again prepared to take military action against Syrian government forces if necessary to deter the use of chemical weapons.

“If Trump were to react militarily to Assad's use of chemical weapons, Macron would dramatically undermine his own credibility if he didn't follow suit,” he said, in light of their joint statement last year.

'If Trump were to react militarily to Assad's use of chemical weapons, Macron would dramatically undermine his own credibility if he didn't follow suit'

Pierret, however, thinks that an attack is unlikely, given the nature of the recent purported attacks.

“These are chlorine, not sarin attacks, which implies that US credibility isn't at stake.”

But, speaking on Friday, US Defense Secretary Jim Mattis raised concerns over the potential renewed use of sarin gas, and said “we are looking for evidence” of sarin use.

His comments came a day after the warning that US officials were considering new military action.

Mattis, speaking with reporters, said the Syrian government had repeatedly used chlorine as a weapon. He stressed that the United States did not have evidence of sarin gas use.

"We are even more concerned about the possibility of sarin use, (but) I don't have the evidence," Mattis said. "What I am saying is that other groups on the ground - NGOs, fighters on the ground - have said that sarin has been used, so we are looking for evidence."

A French diplomatic source reiterated to MEE that Paris’ role in the coalition fighting in Syria was concerned with defeating the Islamic State.

“France is acting in Syria inside the global coalition against Daesh, to defeat this terrorist organization,” the source said.

Pierre Haski, French journalist and former editor of Liberation, told MEE that “the French would indeed be ready for joint military action in connection with chemical weapons.

“I know the French regretted that Trump acted unilaterally when he bombed Syria last year.”

And, he said, Macron is keen to maintain a close relationship with Trump, evidenced, he said, by his upcoming visit to the US, Macron’s first state visit.

“They want to keep the ‘good’ relationship with Trump … despite all the differences. Macron thinks he can influence Trump on Iran, climate.”

The US Central Command said that, "We don’t announce future military plans for operational security reasons."

Syria has denied the use of chemical weapons, and rejected Mattis' comments.

"Claims that the Syrian state used chlorine gas one moment and sarin gas the next prove that these are nothing more than lies," a statement from the Syrian Foreign Ministry said.